Why we need science in a liberal arts education

Malabika Sarkar
The writer is principal adviser (academic) at Ashoka University and a former vice-chancellor of Kolkata’s Presidency University.

According to the Human Capital Report 2016 by the World Economic Forum, India has the second highest STEM graduates (2.6 million) after China. 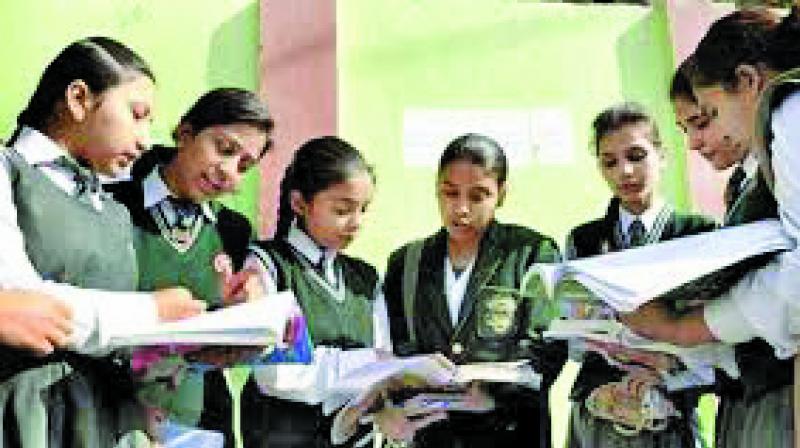 All science graduates are not necessarily doing the best jobs in the country or are employed. (Representational image)

There is no doubt about the popularity of the “sciences” as the preferred choice among students in India. Traditionally, not only is an education in the sciences considered prestigious, it is also assumed to be a means to better employability and consequently a higher standard of living and recognition in society. Statistics attest to the still-increasing number of STEM (Sciences, Technology, Engineering and Mathematics) graduates from the country and India’s obsession with professional courses such as engineering. According to the Human Capital Report 2016 by the World Economic Forum, India has the second highest STEM graduates (2.6 million) after China. However, unemployment rates among them in India continue to be high. This means that all science graduates are not necessarily doing the best jobs in the country or are employed.

The introduction of the sciences into the curriculum of a liberal arts university should not be seen as a gesture towards this dominating trend of privileging the sciences. As if an alien component is being accommodated into a framework where it does not belong. In fact, the sciences belong quite naturally within the liberal arts. After all, what are the roots of a liberal arts education?

If one goes back in history, the genesis of a broad-based education, which is the fundamental character of the liberal arts, can be traced back to the classical trivium and quadrivium. These concepts belong to the era of Plato, to classical Greece, continuing through the Latin middle ages, to find a home first in Britain and Europe and then in North America. Trivium, the first stage of higher education, envisioned the study of grammar, logic and rhetoric. Through this, the basic foundations of languages, quantified reasoning and communication skills were established. The next step was the quadrivium — arithmetic, geometry, music and astronomy. These were traditionally the seven liberal arts and sciences. Beyond this one reached the realm of philosophy. It was the unfolding of this tradition in the liberal arts and sciences curriculum and pedagogy of North American universities that saw primarily the study of literature, philosophy, history, languages and allied subjects.

In India, the idea of a liberal arts education is still relatively new. This unfamiliarity is primarily the reason why people associate the liberal arts only with the humanities and, at most, the social sciences. And yet, as the tradition of the trivium and quadrivium shows, the sciences were always an integral part of the liberal arts.

Science at a liberal arts university does not seek to replicate the science education of pre-professional institutions. Nor does it seek to offer a science education that is charged with nuances from the study of literature, philosophy, history and culture while being deficient in quantitative reasoning, experimental approaches and other defining modes of scientific enquiry. Science in a liberal arts university is not “soft science”. The mark of distinction of science in such an institution, compared with the science taught at more traditional universities and technology institutes, is that it is concept driven, building a strong foundation in the basic philosophy of each science subject while at the same time paying careful attention to the ground realities of the core components and methodology of each of the disciplines in the sciences. With this foundation carefully built, the student is guided and encouraged towards research which may be either theoretical or experimental. All this, in an environment filled with the competing interests of humanities, social sciences, languages and co-curricular activities. As a result, a science graduate from a liberal arts university has as much opportunity for research and an academic life as well as employment in a variety of fields associated with economics, computer science, and psychology. Other opportunities are in science policy or in the corporate sphere where a science background is required and the science student from a liberal arts university brings additional training in critical thinking and communication skills.

The truth is that sciences always had been, and always will be, an integral part of liberal education. Historically, there was no separation between the sciences and the humanities. Any problem had to be looked at from multiple perspectives, which is only possible in a holistic education. The separation of these fields in institutions happened much later and that is why we hear terms like “liberal arts and sciences education” used by universities across the globe. In today’s world of increasing complexity and convergence, it is time to reconsider this age-old model of learning. Commonalities and overlaps in the sciences and humanities will help us come up with novel, creative and relevant solutions. By incorporating sciences we are just completing a picture which was only partially drawn.

In India, since Independence, science policy created a bifurcation between teaching and research. Universities and colleges were expected to teach and research was expected to happen at research institutions. The problem with this bifurcation is that faculty at universities and colleges were not encouraged to conduct research; while research institutions were not able to attract enough young people who could be trained to become future science teachers. At the best universities around the world, the teaching of the sciences is closely linked to enquiry and research. Both of these aspects are equally important and must coexist. This blended model empowers students by teaching them the fundamentals of science subjects as well as inspiring them towards research.

That Milton had a deep interest in mathematics and Darwin in the arts, that Kepler was obsessed with music and the metaphysical poet Andrew Marvell had an informed knowledge about sunspots are among many instances that prove that a holistic approach to knowledge is a natural inclination of the human mind.