One of the highlights was an interaction between Javed Akhtar and Shabana Azmi with Saif Mahmood on Jan Nisar Akhtar and Kaifi Azmi. 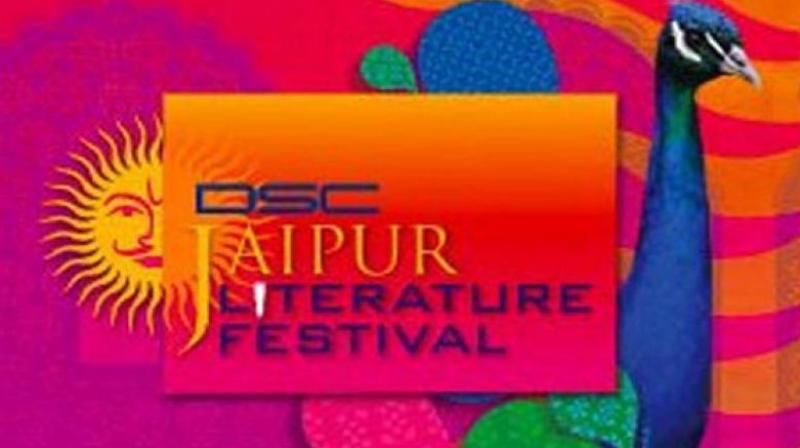 This is the time of the year when most of Delhi and large parts of Mumbai appear to have rushed to London to take shelter from the sweltering heat and monsoon onslaught. And who can blame them? Because, to be honest, this is London at its best and prettiest. Roses are blooming everywhere, pubs are open late into the warm evenings, and there are rich cultural experiences — theatre, exhibitions and music — to enjoy. A great mix of physical and cerebral delights, which nothing, not even political turmoil can unseat. (And, thanks to Brexit, London is not free from rumours of an unstable government and plots and counter-plots…)

Is London the cultural capital of the world? I truly think so — perhaps because its mix of different people and languages makes interaction very simple.

And that may be why some of the literature festivals from India are naturally drawn here. The biggest one, the Jaipur Literature Festival, was on at the British Library early this month with a very interesting lineup of authors from various parts of the world — but with a special emphasis on India’s heritage and history. Thanks to its three intrepid founders — Namita Gokhale, William Dalrymple and Sanjoy Roy — the festival travels over the boundaries of various countries celebrating the word, written and spoken.

This year, the sessions were plentiful and thought provoking — taking place indoors and outdoors with every evening ending up in a party. And so from Anil Agarwal’s sumptuous home to the Asia House to high commissioner Yash Sinha’s reception — we have been celebrating literature from morning to night! Authors have included Katherine Boo, Anita Bose Pfaff, Adrian Levy, Javed Akhtar, Navtej Sarna, Shashi Tharoor, Anuradha Roy, Meghnad Desai and many others.

One of the highlights was an interaction between Javed Akhtar and Shabana Azmi with Saif Mahmood on Jan Nisar Akhtar and Kaifi Azmi. The session drew upon the remarkable coincidence when two celebrated doyens from literature and the arts, are partners as well as children of two of India’s best-known poets. As Javed Akhtar and Shabana Azmi spoke about their fathers — we were swept away in the memories of another world, and in the cadence of their poems, beautifully recited.

And another session I enjoyed very much was with Navtej Sarna (author and ambassador to the US) and Professor Christopher Shackle (formerly from SOAS) speaking about Bulleh Shah and Shah Abdul Latif Bhittai — two Sufi poets from undivided India. Latif wrote Risalo, a Sindhi classic, and Mr Shackle spent many years compiling and translating both Bulleh Shah and Latif from Punjabi and Sindhi — for the Murty Classical Library. A young Amrit Kaur Lohia sang a few of Bulleh Shah’s better-known poems, reminding us of the universality of the Sufis — and how their legacy has survived centuries.

And there was a wide ranging discussion on Meghnad’s new book, The Raisina Model, with Dinesh Patnaik, Suhel Seth and John Elliott talking about 70 years of Indian democracy.

For me, it was a special moment to participate in a session “Culture and Continuity: Sites of Memory”, moderated by the one and only Sanjoy Roy, along with Matt Reed, the CEO of the Aga Khan Foundation (UK), Suhair Khan, who leads the Google Arts and Culture initiatives in various countries, and Roly Keating, the chief executive of the British Library. Our varied experiences with preserving cultural heritage was an important pivot for the discussion — and I could discuss the ongoing work, conducted by a very dedicated young team at the Partition Museum in Amritsar. And yes, I could also briefly speak about my new book — on Jallianwala Bagh (out soon!).

The inimitable Women’s India Association, led by Pooja Nayak, Aseela Goenka, Sangeeta Talukdar, Frances Mascarenhas, has always had a special place in the hearts of the diaspora in London. The group has been very proactive in working with various charities in India — and this year their fundraiser was a “vintage ball” for which I dusted out my chiffon sari and puff sleeved blouse (as in the old days). It was a glittering spot-the-celebrity event — and I could see that they had managed to get a great line up from cricketer Chris Gayle to the tall and gorgeous Sonakshi Sinha. The singer Talat Aziz had flown in specially from Mumbai and we shared our table with him, as well as the Maharaja of Udaipur, Gurinder Chadha and Gopichand Hinduja.

And now the countdown has also begun for Manoj Ladwa’s very high-profile India-UK week, exploring the special relationship between the two countries, which has survived despite some rather difficult moments in its history. There will be events in London — awards and discussions, as well as conferences outside. More about it next time!

But with so much happening on the social front within the Indian diaspora — we are all wondering what will happen on the political front? Sajid Javid is home secretary and Sadiq Khan is the London mayor — both prominent Muslims of Pakistani origin. At least one of these two appointments — that of a Muslim home secretary — had been predicted by Kamila Shamsie, an author who has just won the Women’s Prize for her book Home Fire. Now who will predict someone of Indian origin in the UK Cabinet? The next Prime Minister perhaps… hmmmm… any takers?