Mystic Mantra: Support the weakest of our global family

The population explosion can either be seen as an insuperable problem, or as a God-gifted prospect. 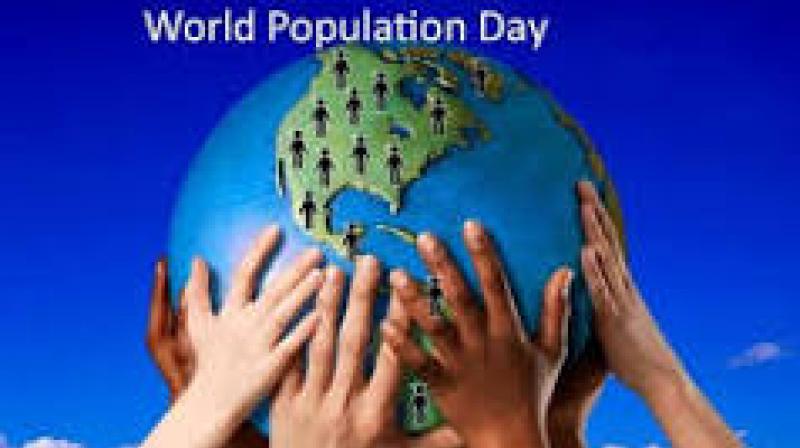 May the population explosion trigger implosions within us — destroying greed and selfishness.

When a foreigner asked me, “What’s the population of India?” I replied, “I don’t know; for, even as I’m talking to you, 34 Indian babies are birthed per minute!” Currently trailing China, India will overtake it by 2027, becoming the world’s most populous country. Today, on World Population Day — begun by the UN in 1989 — let’s reflect on how to foster the greatest good of all our siblings, worldwide.

Rabindranath Tagore wrote: “Every newborn baby comes with the message: God still loves the world.” How wonderful it would be if I treated every single child not as just “another” child but as God’s child, my child!

Last month, releasing a “World Population Report”, Liu Zhenmin, the UN’s Under-Secretary-General for Economic and Social Affairs, said: “The fastest growing populations are in the poorest countries, bringing immense challenges to eradicate poverty, achieve equality, combat malnutrition and strengthen the quality of health and education systems to ensure no one is left behind.”

We can make everybody feel loved and “special”. A namaste, hello, thanks with a smile unbridles currents of happiness and homeliness. Gestures like telling footpath vendors or autorickshaw drivers to keep the change won’t make us poorer but richer for realising their needs are greater than ours. And, rather than vitiate our world with vengeance, let’s repay evil with good to convert foes into friends.

The Greek “oikos”, meaning “home” or “household”, is the root of “economics” and “ecology”. In our common home, earth, one’s man’s greed deprives hundreds of their basic needs. Ecological degradation engenders economic deprivation, with the poor bearing backbreaking burdens. Wouldn’t it be great if we shared mother earth’s fruits more equitably?

We could also do “global family planning”, together tapping our religious riches. In the Bhagavad Gita, Shri Krishna instructs Arjuna about “lokasamgraha” — translatable as “world maintenance” — the interconnectedness of all beings, each working for the other’s welfare. Jesus preached the kingdom of God where everyone is God’s child. We also have conceptions of community in the Buddhist sangha and Islam’s umma. The Sikh langar is another singular symbol of universal feeding, global fraternity.

An old man’s neighbours laughed at him planting mango trees, and said, “Do you think you’ll live to eat those mangoes?” He replied, “I realise that throughout my life I’ve enjoyed mangoes planted by others. May others enjoy mangoes planted by me.”

The population explosion can either be seen as an insuperable problem, or as a God-gifted prospect. May the population explosion trigger implosions within us — destroying greed and selfishness. May we sow seeds, build bridges, join hands for a lokasamgraha to support the weakest of our global family. Truly, God still loves the world. In India, doesn’t God prove that 34 times every minute?