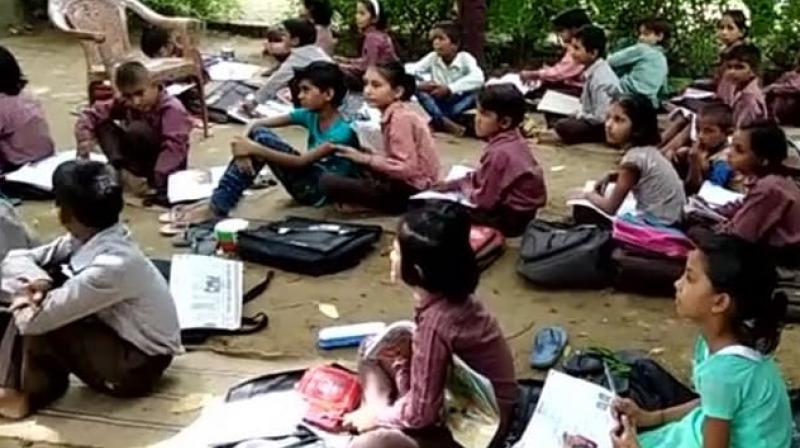 The NEP seeks to restore the importance of the arts, humanities and social sciences in our education system.

The National Education Policy (NEP) 2020 has aroused a great deal of interest. While a few commentators have criticised it for its inadequacies and some politicians for its language issues, the document has broadly been accepted as timely and progressive. While it is a continuation of earlier policies, especially NEP (1986/1992), it also marks some significant departures from the past.

To appreciate the defining characteristics of NEP 2020, one must remember that it primarily reflects the nation’s intent to shape the contours of education in the medium-to-long term, the implementation of which, based on carefully designed action plans, will depend upon mobilisation of resources and political will at all levels.

Besides, it is important to remember that this extremely condensed document -- of 65 pages distilled from a 500-page draft -- combines modern thinking with the views of visionaries like John Henry Newman, John Dewey, Rabindranath Tagore and Mahatma Gandhi in some form or another. It will be better understood if the draft is referred to.

The draft, put together by sharp minds like K. Kasturirangan, Manjul Bhargava and others, provides the detailed logical underpinnings of most of the crystallised ideas that found place in the final document.

A document such as this should be valued for the way validated ideas have been seamlessly integrated with bold new ones. While earlier policies and recommendations of various commissions did stress upon inclusion and equitable access to education, the need for flexibility in devising the curriculum, reduction of academic load on schoolchildren, moving away from rote learning, putting teachers at the heart of the education system, universalisation of basic education, integration of vocational education, enhancement of Gross Enrolment Ratio (GER) at every level, increasing public expenditure on education to 6 per cent of our GDP and the like, NEP 2020 should be characterised by the following factors.

First, it stresses on numeracy as much on literacy, urging the attainment of universal foundational literacy and numeracy of all children on a mission mode. In today’s world, mathematical skills are as important as linguistic and other skills. Despite many attempts made so far, why a substantial number of our children have still been performing poorly, as measured by their learning outcome, remains a moot question. This and the remedial measures needed are addressed squarely in this document.

Second, based on the evidence of neuroscience that 85 per cent of a child’s cumulative brain development occurs before the age of six years, pre-school education or school-preparedness for three years under Early Childhood Care and Education, facilitated by “play and discovery-based learning”, has been proposed. In addition to the current coverage of 6-14 years under the existing law, three years of pre-school and four years of secondary education, making integrated schooling from 3-18 years, will be the new norm. Achieving a GER of 100 per cent for this entire spectrum by 2030, and a GER of 50 per cent for higher (including vocational) education by 2035, has been targeted. Ambitious, but not unachievable.

Thirdly, NEP seeks to restore the importance of the arts, humanities and social sciences in our education system. In our engagement with science, technology, engineering and mathematics (STEM), as these areas offer higher employment opportunities, we have accorded lesser value and importance to non-STEM disciplines. Institutions focusing only on engineering, medicine or legal studies have inherent limitations, and this model often militates against the idea of a university. Introducing flexibility in course design, allowing much greater choice to students for selecting subjects as per their aptitude and preferences, offering different entry and exit options, and stressing on the crucial need for multi-disciplinarity in education are among the measures suggested.

Fourth, the quality of research in most of our universities, especially in science, has been declining. NEP addresses this question and suggests how conditions conducive to high quality research in universities and colleges can be created. The idea to set up a National Research Foundation with adequate resources is a major step in this direction.

Fifth, recognising the power of the languages, a major emphasis has been laid on language learning. Children between 2-8 years are known to pick up languages swiftly, and the advantage of multi-lingualism in their cognitive development cannot be exaggerated. Equally important is the need to ensure that children are encouraged, in the initial years, to learn subjects through their mother tongue. To see this move as anti-English or pro-Hindi shows a clear bias and shows an inadequate understanding of the purport of the new policy.

Finally, a slew of structural changes has been suggested without which the envisaged reforms cannot be carried out. Establishing four verticals for standard setting, accreditation, funding, and framing “graduate attributes”, under the umbrella Higher Education Commission of India, would form the basic architecture. Education being a concurrent subject, evidently a great deal of coordination between various departments and also between states and the Centre will be imperative. If members are chosen carefully and transparently, HECI and the four bodies under it will facilitate this participative process.

Many important issues like expanding the role of the private sector in this area, granting of autonomy to unwilling or unprepared public institutions, recognising the role of parents in the education of children, imposing conditions for inviting reputed foreign universities “on our own terms”, and substantially raising public expenditure on education must be grappled with. However, though the NEP promotes the idea of “credit transfer” in higher education institutions, it does not specifically address the problems of school students migrating from one state to another. NEP 2020 has broadly articulated all the problems that were plaguing the educational sphere as a whole, and based on the collective experience so far, sought to suggest ways for a bright new future. As we know, policies rarely fail, it’s the more complex process of implementation that often does.

The first priority now will be to set up the bodies and set in motion the missions proposed in the next three months. The key to success lies in taking along the states, which must bear most of the extra expenditure involved. As such, this NEP will make a difference if only the Prime Minister leads the process. How seriously the Union government wants this transformative policy to revolutionise India’s education sector will be evident in the next few years.

The writer is a retired IAS officer of the Andhra Pradesh cadre, who has also worked with UNDP and with the private sector.