Act swiftly now, or allow India to go up in smoke!

Objectively speaking, this is not a bad situation at all, and is proof that govt policy, whether deliberate or accidental, is still halfway good. 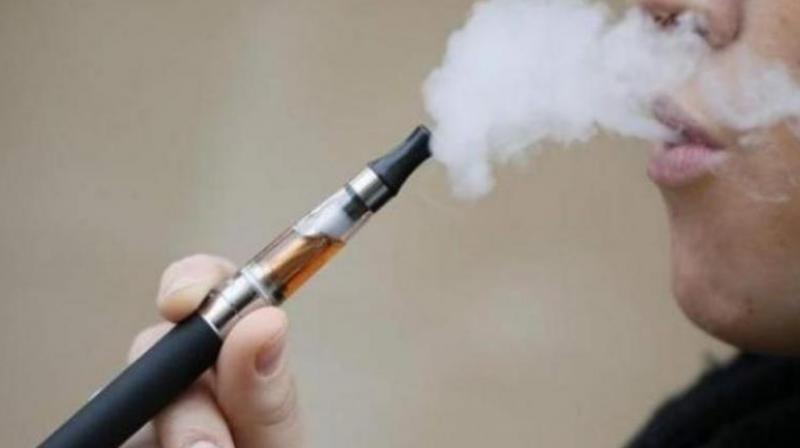 According to the World Health Organisation, there are approximately 120 million smokers in India, and India is the home of 12 per cent of the world’s smokers.

Speaking on his regular “Mann ki Baat” radio programme recently, Prime Minister Narendra Modi urged the country to give up tobacco consumption and not to harbour any misconception about e-cigarettes. As a first step, the government has banned to sale of e-cigarettes. But much more needs to be done. The consumption of tobacco in all its forms — cigarettes, cheroots, bidis, gutka and other forms of chewing tobacco — is our number one health challenge now.

According to the World Health Organisation, there are approximately 120 million smokers in India, and India is the home of 12 per cent of the world’s smokers. More than 10 million die each year due to tobacco in India. According to the same study, 70 per cent of adult males in India smoke. Among adult females, the figure is much lower, at between 13–15 per cent. The total tax revenue derived from cigarettes and tobacco products is about `30,000 crores. According to a study commissioned by the government, the total economic costs attributable to all diseases related to tobacco consumption is over `1,04,000 crores.

But there is good news from the cigarette industry, finally. After decades of continuous growth, the industry has recorded a decline of 8.2 per cent in sales volume in 2015 over the previous year. The declining trend has been evident for the previous three years. Despite this, the numbers are still pretty impressive, the number of cigarettes smoked last year having declined to a whopping 88,547 million from 92,380 million. We do not know if there was a corresponding fall in the incidence of cancer and other smoking-induced ailments.

That we will never know because the government, presumably under pressure from the rich and powerful cigarette industry, has not yet conducted a detailed study of this, and the consequential cost to the economy despite a specific request from the department of revenue to enable it to evolve a scientific basis for cigarette taxation. Whatever be the drop in stick sales, it is very evident that rupee sales and profits have not shown any decline. Industry bosses can, like the cigarette-smoking Dev Anand in Hum Dono did, continue to sing “barbadhion ka jashn manata chala gaya, har fikr ko dhuey mey udhatha chala gaya”!

Objectively speaking, this is not a bad situation at all, and is proof that government policy, whether deliberate or accidental, is still halfway good. For, as far as this industry goes, a good policy will ensure that the state gets more revenues, the companies prosper but not by too much, while the consumption keeps dropping each year. Last year’s decline is accompanied by another silver lining. The consumption of mini-cigarettes has fallen sharply by 16.8 per cent. But this does not necessarily mean good news on the health front as dropouts may have switched to bidis? The consumption of regular cigarettes has more or less remained static, having fallen by only 1.7 per cent. Nevertheless, the decline in consumption, attributed by the industry to higher excise duties in each of the previous few Budgets, means that the policy is in the right direction and that there is a case for increasing the tariffs on cigarettes and bidis once again this year.

The cigarette industry will, no doubt, argue now that it is not wise to kill the goose that lays the golden egg. In this case, it is not a golden egg but a time bomb as each cigarette smoked now implies a future medical cost. Very recently, the American government negotiated a $368-billion damages package from the US cigarette industry to pay for future health costs. As an adviser to the Union finance minister, I had once recommended that the health ministry be asked to similarly estimate future health costs in India. It followed that excise duties should be determined with the idea of recovering these costs now. I also advised that raising excise duties each year is a win-win situation. If consumption drops, it means future savings. If in the process revenue does not go up too, it is still very good because it still implies future savings. Even if revenue comes down, the government should see this as an investment in the future.

It is not that the incidence of smoking is low in India if we take into consideration the widespread bidi habit. NCAER has estimated that 348 million people belong to households with an annual income of over `12,500. Logic suggests that the vast majority of cigarette smokers must come from this segment. Assuming that every even half of all males over 18 years from this segment are smokers, we have a smoking cohort of about 60 million consuming 90 billion cigarettes each year. or a per capita consumption of about 1,500 cigarettes each year. This is, by any standards, a very high and dangerous figure. Another point of concern is that US congressional investigations have revealed that cigarette companies routinely spiked tobacco with extra nicotine to intensify addiction. It is rumored that similar practices are still widespread in India. There is, therefore, a case for pegging excise duties with nicotine content also.

One reason suggested for the drop in stick sales in the first half is that smuggled cigarettes ate into the share of locally-produced brands. Industry analysts estimate that of $30 billion in worldwide cigarette sales, about $10 billion worth are for illegal exports. They are called illegal exports because though the exports are legal, they are meant to end up smuggled into countries that curb imports or have high tariffs. Thus, in the books of the manufacturer, BAT or whoever, they show up as exports. But these are not exports to distributors in consuming countries but to intermediaries who are smugglers. The port of Antwerp is the hub of the international cigarette smuggling business. Antwerp is to cigarettes what Dubai is to gold! The Indian cigarette industry estimates that smuggled international brand penetration now accounts for two per cent of the market and to some 30-40 per cent of the segment for king-size cigarettes.

Cigarettes are an easy target because they are in the organised sector. But the consumotion of bidis and chewing tobacco is just as dangerous, and these sectors are growing. So the danger to public health only keeps increasing. The unfortunate part of this is that the government actively supports and subsidises the increased production of tobacco. Tobacco farming makes a huge footprint on our agriculture and now accounts for 4,95,000 hectares of the most fertile land. Apart from using up valuable agricultural land, tobacco farmers derive all the largesses the central and state governments confer on them. Free water and free power are the more obvious ones. Then there is subisidised fertiliser and tax-free status for all farming. The government must review these policies. I would like to see tobacco farming taxed on an acreage basis to make it less profitable and for the government to recover all the unmerited subsidies tobacco farmers encash.

This is easier said than done. The tobacco sector is a powerful vested interest. ITC and the other cigarette manufacturers are the top half of that pyramid. It’s easy to take it on, but it is now time to take on the base.