Brace for a ‘pathbreaking’ Budget

The Communist Party of India leadership is reportedly disturbed with Kanhaiya Kumar's behaviour. 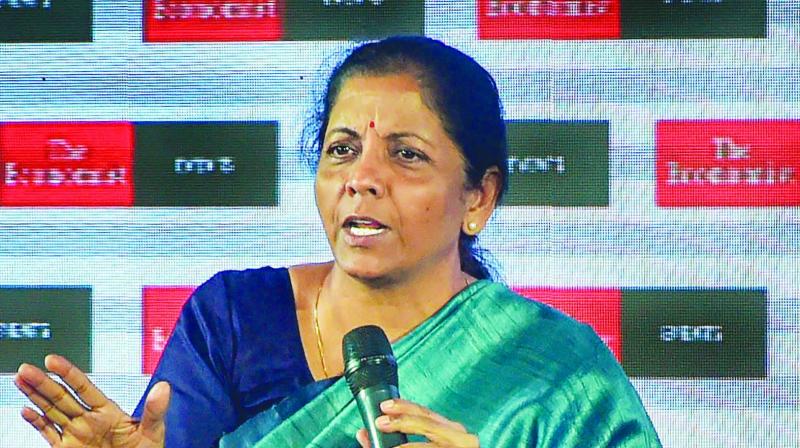 FM Nirmala’s swansong?
Nirmala Sitharaman’s Budget speech on February 1 may well be her farewell speech as finance minister. She may have to take the fall for the economy’s nosedive. The impression the economists, industrialists and policy planners got in their meetings with Prime Minister Narendra Modi was that he was now the man in charge. Budget 2020 will bear his touches and can be expected to be pathbreaking. Sources have it the PM is aware this is a make-or-break moment for the economy and can’t be left to bureaucrats anymore. It is on the cards that Nirmala will be shunted out after she presents the Budget on February 1.

Better than ‘privacy’
It was most desired and the ultimate status symbol in Lutyens’ Delhi — the private mobile number that is hidden from others on calling. No longer. More and more politicians (mostly non-NDA), media moguls, business tycoons and others are surrendering their private mobile number. The idea of privacy weighs several notches less than the fear of being snooped upon. While there has been no law or directive from ministry of home affairs, except for the routine inquiry on why a private mobile number is sought, many leading lights from the Opposition have given it up.

‘Undisciplined’ Kanhaiya
The Communist Party of India leadership is reportedly disturbed with Kanhaiya Kumar's behaviour. Being a great orator he has infused the party with fresh energy, but at the same time his indiscipline and irreverence towards CPI bigwigs is irking the leadership. Recently, Kanhaiya was reportedly pulled up for not obeying party diktats. Apparently each time the party sends Kumar to a function, he excuses himself saying he has a prior speaking commitment. The party was aggrieved because Kumar did not, despite orders, visit Jharkhand during the recent Assembly poll. When he was pulled up, Kumar simply it shrugged off and said, “I am young and still have to learn party discipline!”.

Reshuffle time blues
PM Modi is set to reshuffle his cabinet before the Budget Session. The PMO is conducting ministry-wise appraisals of the work done by each ministry. There is near-panic and anxiety among ministers who have reportedly been asked to make a brief presentation before the PM. Some senior ministers who are reasonably sure of retaining their portfolio have a task. They are expected to tell the PM how they intend to fulfill promises and generate new ideas.

The PM prefers books
The practice of offering bouquets at official meetings and courtesy calls is showing no sign of decline even though PM Modi has been advising others to present books instead of flowers. Senior bureaucrats say most ministers find bouquets appropriate in terms of protocol and class.  The selection of books, from language to genre to hardbound/paperback, poses a challenge. Often, a VIP and staff are on the same page: a bouquet costing over `1,000 settles such dilemmas. Flowers, therefore, continue to score over books.

Needed, sarkari rappers
The BJP and the Sangh Parivar is said to be rattled by the anti-CAA-NRC stirs. Its internal feedback is that slogans like azaadi from poverty, unemployment, hate and dictatorship are not being received negatively. The successful use of Faiz Ahmed Faiz’s poetry and rapping need a counter-narrative. So a search is on for appropriate poetry and rappers to counter the pro-JNU and anti-CAA-NRC narrative. The idea is to use these rappers in metros, trains, university campus and shopping malls to whip up nationalist emotions.

Start small in Feb
The Congress in Delhi plans to focus on a dozen odd seats to make the best use of its resources and talent. In the grand old party’s scheme of things, it has a chance to repeat its 2013 Delhi state Assembly performance when it won eight seats and had joined with the AAP’s 28 seats. The party hopes to position itself as a challenger to the BJP on grounds of its direct opposition to the CAA-NRC.

Judging Padukone
Deepika Padukone’s presence at the JNU stir enthused many. In Bollywood, some were not surprised by the actress’ posturing and courage of conviction. However, some veterans were not so confident. They claim that there were similar expectations from Deepika when the #MeToo movement had gained momentum. Deepika chose to remain silent.