Govind Krishnan V
Govind Krishnan V. is a freelance journalist based in Bengaluru. He has previously worked for Fountain Ink, the Sunday Guardian and the New Indian Express. He received the Red Ink Award in 2014 for his work on bonded labour in Tamil Nadu’s garments industry.

The CAB and NRC both deal with citizenship and are driven by Islamophobia. 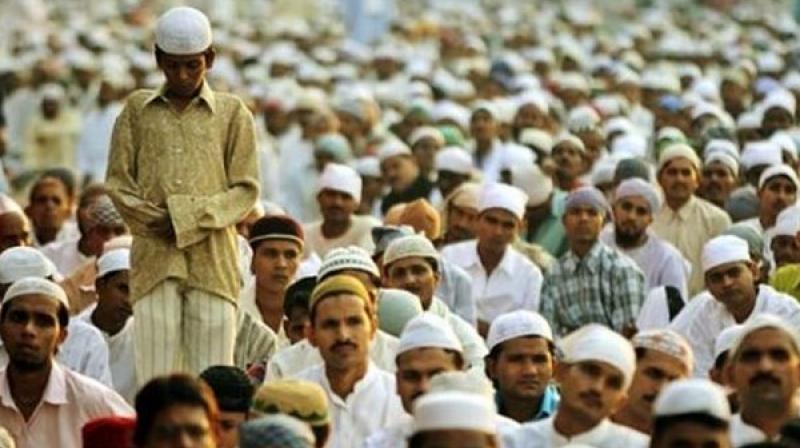 Some scientists who were spoken to for this story, refused to comment on record fearing retaliation from the government.

Several prominent scientists, who were signatories to a recent statement demanding the withdrawal of the Citizenship (Amendment) Bill (CAB), has called the Bill Islamophobic and have accused the government of targeting Muslims for electoral gain. They expressed fear that the CAB would be combined with the National Register of Citizens to harass Muslims.

Suvrat Raju, a theoretical physicist at the International Centre for Theoretical Sciences (ICTS), Bengaluru, said: “Concern has been growing among a large number of Indian scientists for some time that the bill is meant to single out Muslims. If the bill is implemented in combination with the NRC, religion will become the criterion for citizenship, except for Islam. The burden of proof will be on Muslims to prove their citizenship. The CAB and NRC both deal with citizenship and are driven by Islamophobia. The present government has enacted several policies that seem to reflect a hatred or dislike of a particular community.” Mr Raju, who received the 2019 Italian government-supported ICTP prize for his work on quantum gravity and black holes, said that while discrimination against Muslims has been growing in recent years, the CAB posed a new level of danger. “While incidents like cow-related lynchings have happened in the past, this Bill makes religious discrimination official policy. If this bill is passed by the Rajya Sabha and upheld by the courts, it will set a precedent for other policies that promote discrimination on the basis of religion.”

The statement, which was issued against the CAB, was signed by almost 1,000 scientists, hundreds of them working at India’s premier research institutes. Around 200 scientists from the Indian Institute of Science, Bengaluru, and Tata Institute of Fundamental Research, Mumbai, the two most prestigious science research institutes in India, signed the petition. The petition also received the support of 140 scientists working at the IITs.

Shiv Sethi, a research scientist at the Raman Research Institute (RRI) in Bengaluru, said there is worry among a big part of the scientific community that the CAB will be used to target migrant Muslims, especially the poor and socially vulnerable. “The government plans to implement NRC across the country. The CAB talks only of migrants from certain countries, but it can affect Muslim migrants in any part of India. There is widespread fear. We have seen that a large part of those left out of the citizenship registry in Assam are Muslims. BJP politicians have said that we intend to get rid of all illegal migrants from India. In the name of illegal migration, Muslim migrants will be harassed. The impact of the CAB is that migrants from other countries will be accepted for citizenship, but Muslims will not be included. It will be the poor who will bear the brunt since they will not have documents to prove their citizenship. Harassment can take several forms and if the police gets involved, it can be very severe,” he said.

Mr Sethi believes that the considerations behind the CAB are political and aimed at helping the BJP in the elections. “The bill is part of something larger. Since 2009, given the kind of statements their leaders have made and the way the migrant issue was brought up in the March elections, the onus is upon the government to prove that this is not being done for electoral gains.”

Shiraz Minwalla, a physicist who is internationally recognised for his work on Einstein’s general theory of relativity, said that the CAB was deeply unconstitutional. Mr Minwalla, who works at the Tata Institute of Fundamental Research (TIFR) has been awarded the highest science award in India, the Shanti Swarup Bhatnagar Prize. He is also a recipient of the Infosys Prize, and prizes from the Fundamental Physics Prize Foundation and the World Academy of Sciences. “The Bill violates the basic principle on which the Constitution is built. That people of different faiths are legally equal. I am not an expert on India's legislative history, but it seems likely that this bill is without precedent in Independent India's history,” Mr Minwalla said.

Some scientists who were spoken to for this story, refused to comment on record fearing retaliation from the government. They said more scientists would speak out against the CAB, but were afraid of possible persecution. “Funds for research projects come from the central government and the present government has targeted those who criticise it. Nonetheless, the petition against the CAB garnered close to a thousand signatures in just 48 hours. That is a mark of how deeply uneasy so many people are with this Bill,” one of the scientists said.