Money machine flows from Noida in UP

The CAG has sought details of all the board meetings that had taken place in Noida since 1976 and has started its audit. 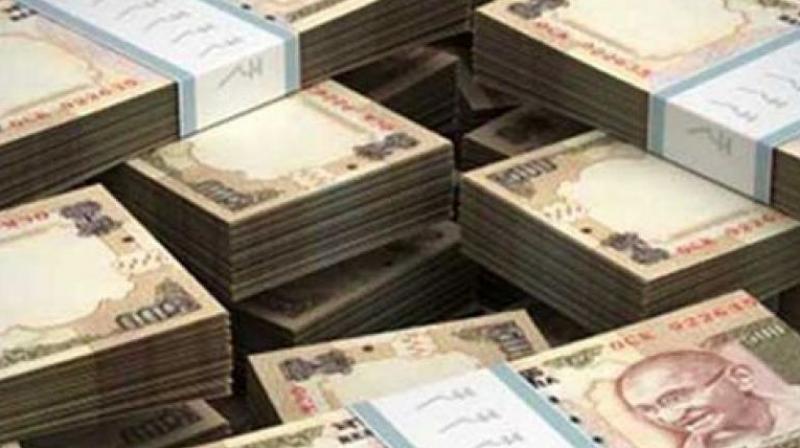 From anecdotal and documentary evidence before us, one can say without any hesitation that Noida and Greater Noida are not only the most lucrative postings anywhere in India but the centrifugal force that drives the Uttar Pradesh government’s black economy. It’s said a winning strategy sometimes requires a sacrifice or two.

“King to rook two” is famously known as castling in chess (castling means when the king moves two squares towards a rook, the rook moves to the square at the other side of the king), and it epitomises whatever happens in UP’s political economy. While the political pivot rests in Lucknow, the state’s economic centrifuge comes from Noida and Greater Noida.

Over the years, this fact has always been unknown — how much do the errant Noida/Greater Noida milch cow officials keep for themselves and what share do they pass upstream to ministers and others after the investigative agencies crack down on them.

What boggles the mind is how these officials create wealth for themselves and their masters. While the incoming assault from probe agencies is feral, the overall prognosis is increasingly negative as the bottomless pit simply doesn’t dry, as governments come and go.

Take the recent case of junior engineer Brijpal Singh Chaudhury, nailed and now suspended. As per I-T officials, the emergent details are a handful: disproportionate assets worth Rs 200 crores (channa badam for that neck of the woods), two wives with children having identical names — one living with him at his Noida Sector 27 bungalow and the other in his Faridabad bungalow.

The I-T officials found Chaudhury also owns houses in Sector 50 and 51 in Noida. Two separate teams conducted inspections of those premises and found some documents. The I-T department is scanning his bank accounts and money transactions.

Chaudhury joined government service as a junior engineer in 1981. He was president of the Noida Employees Association in the early 1990s and is known for his strong political and social connections.

Now, imagine the size of the Noida Authority economy and the leakage and slippages flowing from it. Five SUVs with identical 6666 numbers, 25 properties in Noida, Faridabad, Pilkhua and Modinagar, including a hotel and a company.

Extrapolate this Rs 200 crores and think of what kind of payoffs must have been made upstream and down the line. Nobody can appropriate such wealth and not share it with a powerful political cabal that provides shelter. This is endemic to the Noida/Greater Noida Authority and can be viewed as a microcosm of corrupt India. At the very kernel of the Noida economy, designated as an SEZ, are vast swathes of land which have been distributed through a system of cronyism to builders to create wealth.

Pertinently, in late 2016, the rising heft of Noida as part of a burgeoning NCR was validated when the latest Oxford Economics data crowned the Delhi Extended Urban Agglomeration (EUA) — comprising Delhi, Gurgaon, Faridabad, Noida and Ghaziabad — as India’s economic capital, with a GDP of $370 billion. Delhi EUA dislodged Mumbai EUA by a narrow margin — the former economic capital’s GDP fell short of Delhi’s by $2 billion — though Mumbai, due to its smaller population, posts better per capita income. While there may be a host of reasons why Delhi is now the nation’s hub of economic activity, given the vast leaps the national capital region has taken in terms of improving physical infrastructure, this was also probably expected.

The fortunes of Noida SEZ, ironically called Gautam Buddha Nagar district, changed when Noida was carved out in 1976. A fortnightly magazine in its survey stated that Noida was ranked the “best city” in UP and the “best city” in the housing sector in India in 2015. Today, Gautam Buddha Nagar is the preferred destination for the IT industry and banking, finance, pharma and media companies.

A study by Assocham says the district’s advantages include its proximity to Delhi, good infrastructure, top educational institutions and skilled manpower. In terms of prosperity, Gautam Buddha Nagar is again perched at the top, mainly because of three parameters — per capita spending (rank 1), per capita GDP (rank 1) and percentage of households earning less than Rs 75,000 annually (rank 2). As for the employment rate, the district ranks 35; it ranks 19th on the parameter of bank credit per person. Gautam Buddha Nagar is closely followed by Ghaziabad. Lucknow, with a higher proportion of households earning over Rs 75,000 annually, finds itself in the third spot. This shows Noida’s rising heft. Now, we can understand why repeated transgressions take place in this neck of the woods, Brijpal being the latest.

In my immediate previous avatar as editor of a New Delhi-based daily, our investigations led to the enormous wealth that Yadav Singh had accumulated. My investigative team unearthed a staggering malaise, which confounded readers and arguably helped the probe teams to draw a bead on him. The CBI arrested him in February 2016.

However, in May 2017, an RTI response revealed the Akhilesh Yadav government had paid Rs 21.15 lakhs as fee to senior Supreme Court lawyers engaged to save suspended Noida chief engineer Yadav Singh from facing a CBI probe in graft and money-laundering cases.

Raids conducted by the I-T department in November 2014 revealed he owned assets disproportionate to his known sources of income, that he acquired between 2002 and 2014. His links with Samajwadi Party and Bahujan Samaj Party leaders are being probed.

He was suspended by the UP government in February 2015 and a one-member judicial commission was set up to probe into the multi-crore case. He was arrested in February 2016.

The CBI registered FIRs against Singh for allegedly misusing his official position for awarding contracts in breach of norms. The CBI chargesheet makes a startling revelation on how Yadav, the son of a government civil contractor, did not have a B.Tech. degree until 18 years of his service, but continued to have a free run in Noida during successive SP and BSP governments. Over the years, he acquired 44 properties, including several shops, plots, agricultural land in Agra, Noida, Greater Noida, Delhi, Nainital and Ghaziabad.

Neera Yadav case: The Supreme Court in August 2017 upheld the conviction of former UP chief secretary Neera Yadav in the 1994 land allocation scam for illegally allocating plots to herself and her two daughters during her tenure as chairperson and CEO of Noida. An FIR was lodged against Yadav and others on the direction of the Supreme Court which on January 20, 1998 directed the CBI to conduct a probe against her for abusing her position in allotment and conversion of plots in her and her daughters’ name.

It was alleged that she entered into a criminal conspiracy with the then Noida Authority DCEO Rajiv Kumar, to change land use of a plot which was earmarked for a guesthouse and even increased its area in violation of norms.

It was alleged she got two plots allotted in the names of her two daughters, knowing fully well that rules in Noida permitted only one plot of land to one family.

The malfeasance is obviously deep-rooted with linkages right to the top.

The Noida Authority Board takes all its important policy decisions and has top bureaucrats as its members.

The CAG has sought details of all the board meetings that had taken place in Noida since 1976 and has started its audit.