In the world of spirits, old is gold: Price is what fools pay

It was distilled in 1926 and bottled in 1986. It’s obviously not for drinking, but for display, like a Titian or a Picasso. 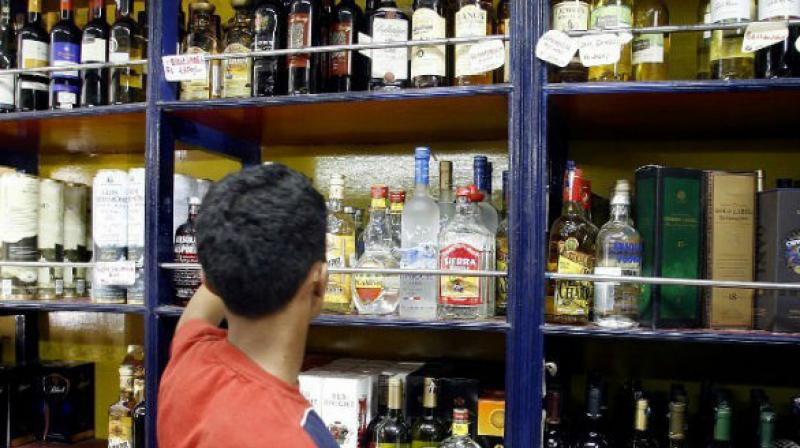 “What’s a jalebi but sugar fried
And where the infant who never cried
Where the lover who’s never lied
Or the wind-blown willow that never sighed?”
From The Diary of Rosemary Marlowe by Bachchoo

My father, an Armyman, would pour himself a whisky each evening, reserving Sunday afternoons for beer with friends and fellow officers on the lawns of our cantonment bungalows. I never heard him discussing brands of whisky. I grew up thinking they were all called “Scotch”.

It was only on coming to England that I became aware of brands and preferences for them. The realisation that there was a beverage called a single malt came later and with it the awareness that each Indian pretentious, snobbish or pretend connoisseur would pronounce that they only touched such-and-such malt.

I recall parties where guests talked about buying expensive bottle of black, blue or whatever label of Johnnie Walker they exclusively drank.

“Ah, but have you ever tried the Johnnie Walker Vermillion Label?” I once asked in such company. “I think it’s only sold to British aristocrats.” I was sure at least one or two of them would search for the Vermillion that went beyond the Red, Black and Blue.

Of course, Indian whisky buffs nowadays know what they’re touting and some can probably catalogue the shelves of Edinburgh airport’s duty-free. But even they may not have heard of Macallan Valerio Adami, a bottle of which sold at an auction last week for £848,750 — that’s about Rs 73,000,000!

It was distilled in 1926 and bottled in 1986. It’s obviously not for drinking, but for display, like a Titian or a Picasso — except the wonder at the price is unaccompanied by any wonder at its artistry. For me the wonderous issue would be “which idiot paid this price for a bottle of booze?”

Some years ago in Birmingham the scion of a capitalist trading company, a Sikh gentleman who was graciously lending us his premises for a TV series, invited us to dinner. For a billionaire, his house and its décor were very modest. However, as we finished our dinner, he produced a bottle of brandy, which he claimed was a hundred years old.

We said it was a collector’s item but he insisted that he was honoured by the presence of TV writers and directors and had to splash out to mark the occasion. The brandy was uncorked. It tasted like any other. The hundred-year gestation seemed to have made no difference to its strength or disposition. Maybe it wasn’t that old. Wouldn’t it have turned to vinegar if it was? And one can buy a bottle of vinegar for under 50 pence.

This consideration came to mind when I read about the Rs 7.3 crore whisky. Perhaps our host, Mr Deep, had been a bit hasty and overgenerous in serving us the century-old brandy. Or perhaps he’d been sold a two-year-old distillation and hadn’t bothered to demand papers to prove its pedigree. And now I wonder what he paid for it and am in awe at his generosity. Price is what fools pay.

My grandfather, in his retirement, was a collector of stamps. He had 10 albums full of them with a few pages reserved for three, which the Stanley Gibbons catalogues pronounced as rare and outrageously priced. Our nana boasted about their rise in price over the years just as people who trade in Bitcoin do today. He bequeathed them to my mamu who may have made a tidy sum from these rarities.

I don’t know about whiskies and brandies that have aged but being a wine-drinker am told that wines which remain in the bottle for more than a few decades are undrinkable. And just as with the Macallan whisky, they sell as collectors’ items.

Acquaintances of mine, fellow wine-quaffers pretend to be experts — the sort that twirl spoonfuls of wine in a wine glass, take sniffs and watch the “tears”, the transparent films that stick to the side of the glass, to assess the alcoholic content. I don’t do any of that but can certainly tell a Claret from a Burgundy or a Rioja and in the white wine universe can detect the difference between a Chardonnay and other grapes. I am partial to Sauvignon Blanc and the Indian Sula brand is, when in the mother country, my choice. (I have tried this product placement before but still haven’t received a single bottle from Sula Promotions, if there is such an institution! How dare you use this newspaper to beg for wine! — Ed.)

A wine shop in my neighbourhood changed hands. The new proprietors were an Indian family who brightened up the shop with shiny refrigerators and shelves full of cheap Australian, Chilean and South African wines. Stopping there soon after their takeover I looked through the shelves and couldn’t see anything I deemed drinkable. The friend I was with spotted a shelf of dusty bottles eight feet high on the wall behind the sales counter, which had escaped the makeover. We asked the proprietor what those were. He climbed on a ladder and clandestinely, below the counter, wiped the dust off the bottles. They were eight-year-old clarets from famous chateaux.

“These are eight years old,” my friend said.

“Must be mistake on label,” the proprietor said. “They are just now bought. Very fresh.”

We asked him how much he’d charge for them. He looked doubtful but quoted a very derisory price — what we would pay for one his Liebfraumilch rubbish.

“Bring the others down, we’ll have all six,” I said.

“You’ll be glad to get rid of these stale old wines,” my friend added.

We walked out with a half crate of vintage claret for a tenth of what we would have paid in France.

To this day, gentle reader, I protest I feel a pang of guilt when I recall swindling poor Mr Patel who didn’t realise that in the realm of wines old is gold. Cheers!