K. Balagopal: An extraordinary man in an ordinary country

Balagopal wielded his pen against the state, painstakingly documenting all the abuses as a human rights and civil rights activist. 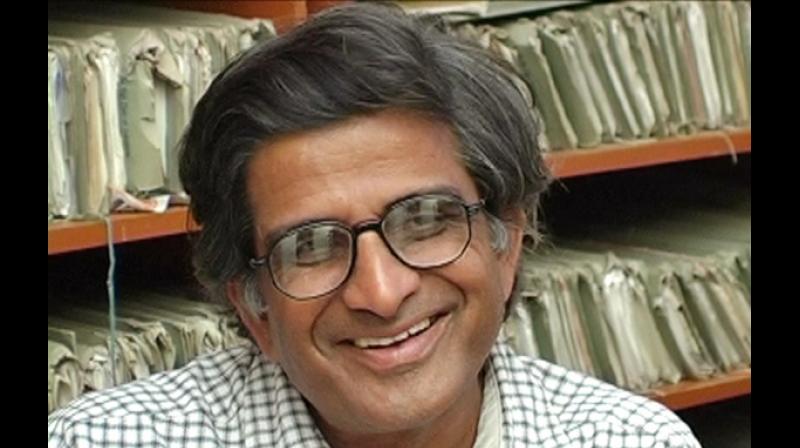 In a profound insult to human rights activist, lawyer and thinker K. Balagopal’s memory, a little more than ten years after his death, and two days before the 10th K. Balagopal Memorial Meeting to be held in Hyderabad, the Hyderabad police called the Human Rights Forum (HRF) a “Maoist front” organisation in an absurd list they release of “Maoist front” organisations, almost all of which are democratic and progressive organisations, even if some may have Maoist sympathies.

Is having Maoist sympathies or even being a Maoist a crime in a democracy? If the argument is that Maoists believe in violence and so they become, in the words of erstwhile Prime Minister Manmohan Singh, India’s “biggest internal security threat”, so does the RSS and several other senas of different stripes across the length and breadth of this country. So does the Indian Army.

All of these organisations and institutions beat, lynch, rape, shoot and kill way more people, both individually and together, than that ragtag band of deluded folk with outdated weaponry marching through malarial jungles across the “Maoist corridor” (or as Arundhati Roy, always the wry exposer of shams, calls it, “the MOUist corridor”). Shouldn’t all these organisations and institutions also be called anti-national and put on a list? What sort of sham democracy is this that goes after a bunch of mainly adivasi people pushed against the wall and some underfed professors in shambolic universities but lets the overfed lynchers on the loose alone?

But Balagopal and the HRF do not even support the Naxalites and are, quite contrarily, quite critical of them. HRF was born of that opposition. Erstwhile Andhra Pradesh, as a government, has a long history of the most violent crackdowns, beatings, kidnappings, murders and disappearances of radical men and women. The resistance to it all produced a K. Balagopal and a K.G. Kannabiran, two Brahmin men who fought it tooth and nail on principled, legal and democratic grounds.

Kannabiran devoted his life to those cases and fighting for people falsely charged, wrongly jailed, brutally killed. Balagopal wielded his pen against the state, painstakingly documenting all the abuses as a human rights and civil rights activist.

K. Balagopal founded the HRF as a critique of Naxalite violence and the Andhra Pradesh Civil Liberties Committee’s (APCLC), of which he was a member for years, silence on it, specifically on the violence of the erstwhile People’s War. It was a courageous stand to take — it earned him enemies and cost him friends. But he stood by his principles. To now have that organisation called a Naxal front is a gross violation of that integrity, that moment and that man.

Balagopal was trained as a mathematician. He re-trained as a lawyer and fought cases for the most downtrodden and abject populations in his state: dalits and adivasis. His vision was not confined to his state. He went to all corners of the country tracking abuses everywhere.

Most importantly, he was not just another sad Leftie going about the horrible drudgery of fact-finding work with the customary banality and po-faced earnestness of his comrades. He always combined the empirical with the conceptual and did not see them in the binary that most activists do. He wrote scores of essays in Telugu and English raising the most important questions of our times in a prose as straightforward as it was sharp and insightful. We have those essays. If only the Hyderabad police and the Indian state could read.

As we commemorate his 10th death anniversary, we should hang our heads in shame that the Hyderabad police has called his organisation, Human Rights Forum, a Naxal front.

A forum is not a front. A forum is where discussion takes place, where questions are asked, where there are no a priori answers and where justice does not flow from the barrel of a gun.

We will leave the unthinking nakedness of profit-mongering, the snuffing out of questions, the always already cocksure answers and the blinding with pellets and raping and shooting and killing to the Indian state. They do such a good job of it — who needs the Naxalites?