The Saudis to the hilt supported the counter-revolution that ousted Mr Morsi. 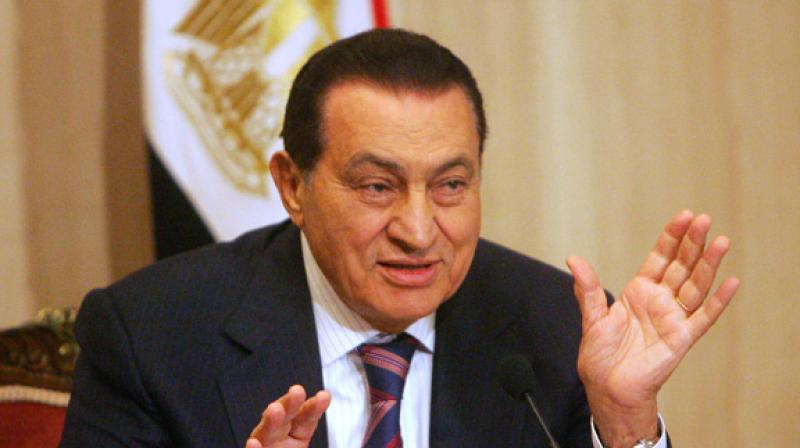 One of the casualties of the ongoing Saudi-Qatar spat could well be Egyptian strongman Abdel Fattah el-Sisi. In Mr Sisi’s rise were the seeds of his insecurity. When the late King Abdullah of Saudi Arabia returned from convalescence in Europe in February 2011 and saw allies Hosni Mubarak of Egypt and Zine El Abidine Ben Ali of Tunisia blown away by the Arab Spring, he swore to reverse the trend: no Arab monarchy or ally shall be allowed to fall, he declared.

Nothing worried him more than the replacement of Mr Mubarak by Mohamed Morsi of the Muslim Brotherhood. The Brothers are anathema to both Saudis and Israelis.

Qatar on the other hand, has patronised the Brothers, a powerful grassroots force in Egypt and Turkey. It is sufficiently powerful to keep King Abdullah of Jordan on sixes and sevens. Also, one must not forget the Muslim Brotherhood uprising in Hama, northwest Syria, in 1982, which Bashar al-Assad’s father, Hafez al-Assad, quelled with such brute force that the death toll exceeded 10,000. In 2011, when then Turkish Prime Minister and current Turkish President Tayyip Erdogan took a more benign interest in Syrian affairs, his advice to Mr Assad was straightforward: accommodate the Brothers in the establishment.

Israel has nightmares because it fears that the Brothers’ weed in Egypt and elsewhere will link up with Hamas, another strong Muslim Brothers’ outfit. When the Western media, protective of Israeli interests, list the “Shia axis” inimical to the Jewish state — Iran, Hezbollah, Syria — it mentions Hamas in the same breath without the essential qualification: Hamas is true-blue Sunni. The link-up with Iran is political or ideological, not religious.

Saudi anxieties are more profound. Remember from January 1980, the Saudis began to play down the monarchy and focus more on the King’s role as the “keeper of the holy shrines at Mecca and Medina”. This show of humility followed two events, one after the other, which shook the House of Saud.

The Iranian Revolution, which brought the ayatollahs to power in Tehran in 1979, coincided more or less with the siege of the Mecca mosque by Juhayman al-Otaybi and hundreds of his supporters, demanding the overthrow of the House of Saud and an end to the “anti-Islamic” monarchy in Saudi Arabia. This is the Brothers’ belief even today.

That is why Hosni Mubarak’s dictatorship was preferable to the Saudis than Mohamed Morsi even though he came to power through the ballot box. The Saudis to the hilt supported the counter-revolution that ousted Mr Morsi. No sooner did Field Marshal Abdul Fattah al-Sisi, then the Army chief, emerge as the alternative in Egypt, the Saudis placed in his hands $8 billion to stabilise and proceed.

That was also the first time that Al Jazeera TV (indirectly Qatar) came into direct conflict with the Egyptian state. Three journalists were jailed.

Let us fast forward to the present. The 13-point ultimatum issued by the Saudis (in the name of the Gulf Cooperation Council) to Qatar includes outrageous demands: shut down Al Jazeera and break relations with Iran and the Brothers. It is an invitation to Sheikh Tamim bin Hamad al Thani, Emir of Qatar, to virtually eat crow.

Since this is unlikely to happen, the ensuing standoff between Riyadh and Doha will have regional ramifications. The Doha lifeline may go some distance in agitating the Egyptian street. This is where Mr Sisi’s vulnerability lies. Strangely, in this intra-GCC spat, Egypt’s is the only non-GCC name that figures. It cannot be edifying for citizens of what was once the most powerful Arab nation to be seen as a sidekick of the House of Saud.

That is why there were two distinct reactions in Cairo when US President Donald Trump announced a $110 billion arms deal with his Saudi allies. The news was heartening for the presidential palace, but, by the same token, there was murmuring in the districts where the Brothers lie in wait.

A Clinton adviser, Bruce Riedel, now a specialist at Brookings Institution, however, promptly challenged the news of the deal. He furnished incontrovertible proof that Mr Trump was bragging about a Saudi arms wishlist, but no real deals had been concluded. By contrast, former US President Barack Obama sold the Saudis $112 billion in weapons in 2012, a single deal negotiated by defence secretary Bob Gates.

Mr Riedel’s other argument was the clincher: “You will know the Trump deal is real when Israel begins to ask for a package to keep the Israeli defence forces’ qualitative edge preserved.”

What seems to be on its way are a billion dollars worth of munitions to help the Saudi Air Force pulverise the Arab world’s poorest country — Yemen. It will take the Saudis millennia to build a civilisation like the one they are destroying in Yemen.

Put it down to American caprice or ambidexterity that while Mr Trump spewed anti-Qatar rhetoric, his defence secretary James Mattis was in Qatar signing a $12 billion arms deal with his Qatari counterpart Khalid Al Attiyah. The scene is being set for a perfect cockfight. Encourage the Saudis to break with Qatar and promptly dispatch Mr Mattis to Doha to squeeze yet another deal with the nervous Qataris. This would prompt Saudis come running for more arms, and so on.

I have always maintained that Americans, protected by the Atlantic and the Pacific oceans, will continue to enhance their dependence on what Dwight Eisenhower called the “military industrial complex”.

Retaliatory consequences of their arms sales in the form of increased terrorism will be borne by Europe, which has land and Mediterranean Sea links with areas in West Asia most affected by the post 9/11 wars. Manchester and London Bridge are only the most recent manifestations of terrorism as revenge.

Is the “revenge” terrorism in the West different from terrorism elsewhere? For instance, suicide bombers outside the German embassy in Kabul killed 150 members of the Afghan police, Army and foreigners soon after the Manchester attack. The dynamic here is different. Afghans collaborating with a 16-year-old US occupation of Afghanistan are under attack from the Taliban, who are falling back on Afghan nationalism.

What is common to Islamic terror everywhere is the technique — suicide bombing. This genre was patented by Wahabi, Takfiri thought and will continue until the West lays the blame where it belongs.

No Iranian or Hezbollah or indeed Shia militant has yet been found to be a suicide bomber. Nor have the Brothers.