“Start negotiation on a China-India treaty of good neighbourliness and friendly cooperation,” declared the Chinese ambassador. 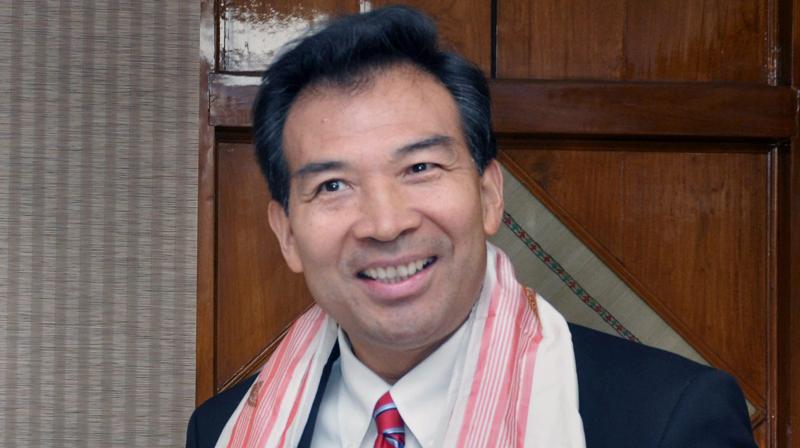 Diplomats, as a class, are traditionally perceived to be perceptive and usually known to have the confidence of their incumbent home rulers. Hence, a foreign ambassador is taken seriously and heard by every nation. Understandably, therefore, when the present Chinese ambassador to India, Luo Zhaohui, mooted four-point “proposals/ideas” to a select gathering, one was curious to examine them. But now the examination turns to re-examination. Why? Because Beijing doesn’t seem to agree with its own envoy as it has distanced itself from the proposed “four points”. By doing what both Beijing and its man in Delhi have done, there could be several potential developments. First, the ambassador may be asked by Beijing not to make any “fresh proposal” in future without getting it vetted by the state. Second, if the fallout of contrary opinions (of the state and envoy thereof) becomes serious, then a change of guard in India may be more than a possibility. Third, there is no doubt that India’s stand on the China-Pakistan Economic Corridor/One Belt One Road/Belt and Road Initiative has created some sort of a “situation” in the Chinese hierarchy. The fourth factor, however, could be much more far-reaching. Beijing, having constantly ignored India’s concerns on “sovereign territory”, will find it hard to reverse its longstanding policy or make a “course correction”. China has dug deep into Pakistan’s geography, notwithstanding its economic woes, political instability, social violence, religious killings and weak-kneed civilians.

The moot point now is: what did the ambassador say to evoke/provoke a negative reaction from his political masters? What would have been India’s reaction, if any, had the Chinese government endorsed the envoy’s proposal? Let us dissect the envoy’s words.

“Start negotiation on a China-India treaty of good neighbourliness and friendly cooperation,” declared the Chinese ambassador. By implication, the envoy conceded that not all is well between his country and the host nation. India and China need to “start”, thereby implying “start afresh”, good neighbourliness and friendly cooperation. Clearly there is a gap pertaining to points referred to above. From the Indian side, however, there is nothing much to say as traditionally Delhi is amenable to good neighbourliness. History proves it. The problem is India is “excessively” good, which gives wrong ideas to some.

Again, when Mr Luo suggests that both Beijing and New Delhi “strive for an early harvest on border issue while maintaining peace and tranquillity in the border areas”, aligning China’s “OBOR” initiative with India’s “Act East Policy”, and restarting talks on a China-India Free Trade Agreement, the clever envoy is virtually suggesting a one-way advantage/traffic in favour of his country’s interests, and to the detriment of India’s position. The implication is simple. First, India must not disturb or disrupt China’s OBOR by just keeping quiet on the Sino-Indian border, being the junior partner in bilateral trade. Second, China be given complete freedom to access the hinterland market of India owing to industrial goods overcapacity thereof, which has resulted in a visible slowdown of the Chinese economy. In other words, let Indian consumers have all possible choice of “made in China” goods, to the detriment of India’s own production. How smart and clever?

Again, when Mr Luo suggested that China and India should agree to “demarcate the Sino-Indian border in Sikkim”, it was “like another of China’s goalpost shift”; a ploy to keep India in a state of confusion by expanding the area of border conflict as, till date, “Sikkim” never figured in any high-stakes agenda point at the bilateral diplomatic high table. A new front, a new headache for India? A proposal too clever by its half!

There is little doubt that by far the Chinese envoy was playing well pertaining to his country’s policy of “containment of India” through (creating) a tranquil, stable border for a smooth, unhindered OBOR completion; opening new Sikkim frontier to India’s discomfort; pitching for a free trade area’s one-way advantage to Chinese-made goods. However, as it so often happened in the past, surplus intelligence can be counter-productive too. Thus, when the envoy proposed renaming the CPEC as “China-Pakistan-India Economic Corridor” or “South Asian Economic Corridor”, he invited a potential cause of grave concern for China as it simply backfired. It instantaneously became a double-edged sword, which could cut either by sharpness or its weight.

How, one may ask. The very inclusion of India’s name would imply a change from CPEC to CPIEC, thereby posing a direct challenge to President Xi Jinping’s pet dream project by an envoy posted to not-too-friendly (distant!) neighbour. One suspects that the envoy crossed the danger zone, that is the red line of China’s supreme (high) command of the powerful CPC-Army-politico caucus. To the Pakistan Army too, the pivot for the success of OBOR, passing through eternally turbulent terrain, it is totally unacceptable. For India too, prima facie, any consent to this proposal would imply legalising an illegal act by the Indian State, thereby going against its own professed stand of seven decades pertaining to the illegal occupation of Kashmir, known as Pakistan-occupied Kashmir. Also it would give China a permanent position in the territory of J&K, thereby damaging India no end and creating endless chaos within the country.

No doubt a dented Indian polity constitutes a supreme advantage to Sino-Pak entente; but a Beijing-Delhi-Islamabad triple alliance also weakens the all-weather Sino-Pak alliance. Hence, Beijing just cannot accept it. In a way, the envoy’s suggestion would have made all three — Beijing, Delhi and Islamabad — unhappy, though for different reasons.

The overall situation thus did not, and rightly cannot, go in favour of the Chinese envoy’s suggestions in front of a select Indian gathering. China does realise now that India means business on the “sovereignty” issue and there simply is no escape as no government (irrespective of political colour) can afford to ignore this issue. Hence, why change the nomenclature of CPEC?

And finally, when the ambassador referred to the “Dalai Lama episode like a sting in bilateral ties”, one has a reason to believe that his entire suggestion constituted more like playing to the gallery than a serious discourse for a future course correction by his state. That a spiritual leader of a suppressed tribe from the remote, high-altitude Himalayan Tibet could pose such “grave threat” to Security Council veto-wielding aspiring nuclear superpower with an “economic magic wand” sounds bizarre, ludicrous and incredible. Is it China’s actual fear of the Dalai Lama or a fiery lama of fear and drama? Only the wise ambassador might be able to clarify.