Opinion   Oped  16 Feb 2020  When diplomats bend to the will of host nations
Opinion, Oped

When diplomats bend to the will of host nations

The American Foreign Service has produced some highly distinguished figures. 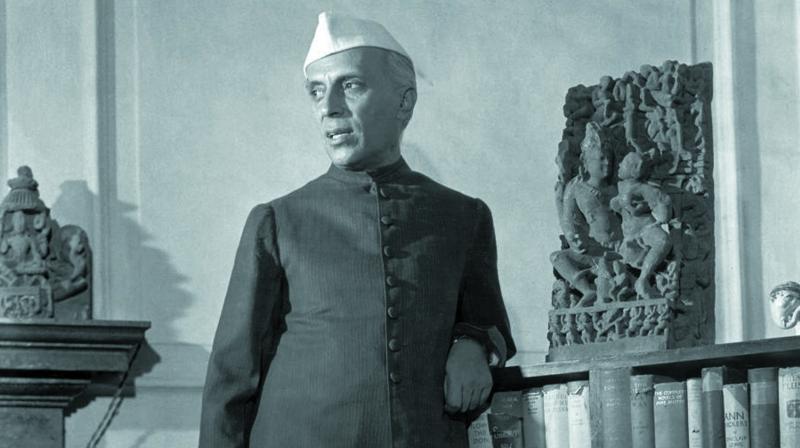 Jawaharlal Nehru had no time for professional diplomats who disagreed with his policies.

The ambassador is not dead; he is very much alive. Diplomatic services from which ambassadors are drawn are alive as well. The government of India twice sent envoys of foreign countries on guided tours in Kashmir. It is unlikely that they asked to meet the top leaders in detention (which they ought to have) Farooq Abdullah, Omar Abdullah, Mehbooba Mufti and Shah Faisal, who is the hope of the youth. Even more unlikely is any request to meet the Hurriyat leaders Mirwaiz Umar Farooq and Syed Ali Shah Geelani.

Even a cub reporter will not fail to notice the oppression that pervades all over Kashmir, in stark contrast to the situation in Jammu. It is not unlikely that the Indian government felt encouraged by the ardour to please which some black sheep among them had revealed. The bulk of reporters are properly discreet and astute enough to discern the disgraceful game which New Delhi has been playing.

The American Foreign Service has produced some highly distinguished figures. They perform what is called “the toughest job you’ll ever love”. One of them, Elizabeth Fitzsimmons, wrote a recent article in the New York Times titled “A Love Letter to the [US] State Department”. She has served there for nearly 25 years. The fact that she was removed from a senior position by an upstart, erstwhile secretary of state, Rex Tillerson, did embitter her. He got the “order of the boot” from President Donald Trump.

Autocrats resent the independence of professional diplomats. But as Elizabeth Fitzsimmons wrote: “Career members of the foreign service are the joists supporting the institutions so that each successive administration — and the American people — can rely on their institutional knowledge, network of global relationships and subject matter expertise. Without the framework of a professional career foreign service, our nation is weaker and our global power reduced.”

This is overlooked by politicians who become Prime Ministers or foreign ministers, seldom with the intellectual equipment which the conduct of foreign policy demands. Henry A. Kissinger was brutal to those who disagreed with him. The brilliant US consul general in Dacca during the 1971 crisis, Archer Blood, was treated disgracefully. “They did remove people from posts that they did not like,” Kissinger’s aide, Samuel M. Hoskinson, admitted.

Jawaharlal Nehru had no time for professional diplomats who disagreed with his policies. Sir Girija Shankar Bajpai, the first secretary general of the ministry of external affairs (and the best of the lot till date), put in his papers more than once. Nehru declined. Truth be told, Bajpai undertook foreign policy better than Nehru did. One of his successors, K.P.S. Menon, was a talented bootlicker.

Rajiv Gandhi sacked foreign secretary A.P. Venkateswaran at a press conference in 1987. As President, Asif Ali Zardari removed Riaz Mohammad Khan, one of the best foreign secretaries, because he disagreed with Zardari’s plans for a UN probe into Benazir Bhutto’s tragic assassination in December 2007. It was the lot of the highly respected professional diplomat Dr Humayun Khan to receive such treatment from two successive Prime Ministers; Benazir Bhutto dismissed him as foreign secretary for his independence, and Nawaz Sharif did likewise out of sheer petulance when Dr Khan was the high commissioner in London.

Politicians particularly resent diplomats whose prophecies come true, as Herbert von Dirksen discovered when he was dismissed by Adolf Hitler’s foreign minister Joachim von Ribbentrop. He had accurately predicted from London that Britain would go to war if Germany invaded Poland.

There is, of course, another side to it — the omniscient arrogant head of the foreign service who imagines that it is he, and not the elected government, who should lay down the country’s foreign policy. He cannot. The task requires a lot more than he can possibly know or understand. What has been said of the domestic civil services applies also to the foreign service: the minister is there to tell him what the people would not accept. That is true of diplomats as well.

Abba Eban had given a graphic description of the distrust which Prime Ministers have of diplomats. In his case, it was Golda Meir. She considered them to be “excessively inclined to understand diverse points of view and in some regrettable cases afflicted with analytical and intellectual habits that did not facilitate contact between them and her. Golda’s talent lay in the simplification of issues … [F]oreign policy specialists, on the other hand, are conscious of the intrinsic complexity of international relations. They perceive the multiple elements that go into both decisions and policies. … [T]hey are also aware of the volatile atmosphere of a profession in which contingencies can be created overnight by forces alien and external to their own nation.”