Mr Vala should be bending over backwards to prove that he is not going to show any favour to his former party and play strictly by the rulebook. 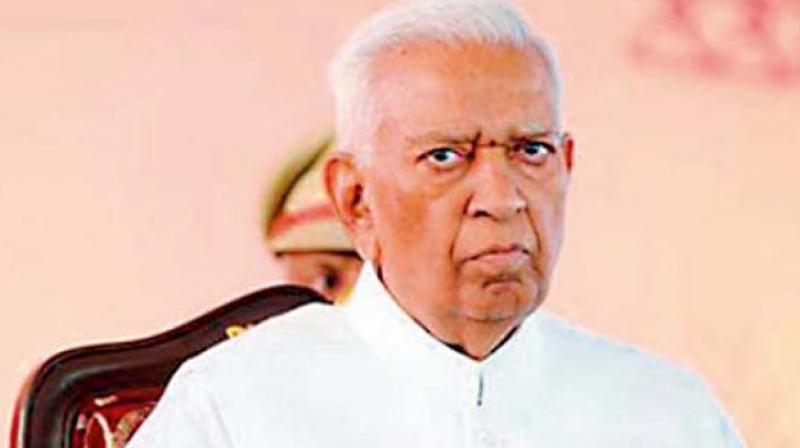 The Congress has been roundly defeated, but the BJP has been denied the laurels of victory. The Janata Dal (Secular) is in the enviable position where the two other parties which have got larger numbers have to find ways of dealing with the party that has the least numbers.

Karnataka’s voters, it seems, have a bowled a googly to the political parties, and the usually unfazed politicians are flummoxed. Pollsters have been proved right. It is a hung Assembly where no party has a simple majority, and therefore no party can form the government all by itself.

But even before the counting was complete on Tuesday and the complete results could be officially announced — there have also been complaints about the slow counting — senior Congress leader Ghulam Nabi Azad and outgoing chief minister Siddaramaiah have announced their unconditional support to the party with the least number of seats.

Mr Azad said that the Congress would support a coalition government led by JD(S), and former chief minister Kumaraswamy Gowda had written to state governor Vajubhai Vala seeking an appointment to lay claim to forming the government. BJP chief ministerial candidate B.S. Yeddyurappa also sought time at Raj Bhavan. The post-election stratagems appear to have come into play a little too soon.

Every party is in a false position. The Congress should have accepted the fact that the people of the state have rejected the party, and it should have allowed the BJP and the JD(S) to sort out the deadlock. The BJP cannot claim that it has the mandate because quite clearly it does not have one. The JD(S) should feel ashamed even to claim to forming a government. But the whirlwind of cynical politics is such that everyone is looking at the possibilities of forming the government and refusing to read the meaning of the verdict.

Both the politician and the political commentator are saying that the imperative to form the government allows the leeway to throw propriety out the of the window.

Ideally, the three parties should not claim to form the government — on its own, as in the case of the BJP, or through a coalition like the JD(S) and the Congress. But there is no time left these days for political niceties, and the Congress is off the starting block in its bid to stall the BJP from forming a government, even if it means that the smallest party, the JD(S), is to lead the coalition government.

Governor Vajubhai Vala, a BJP veteran from Gujarat, who had vacated his Assembly seat in 2001 to facilitate Mr Narendra Modi to become a member of the Legislative Assembly after the central leadership of the party parachuted Mr Modi to replace Mr Keshubhai Patel. It was natural that the party in power at the Centre appoints its own party folk as governors.

Mr Vala should be bending over backwards to prove that he is not going to show any favour to his former party and play strictly by the rulebook. The choices he makes in resolving the constitutional deadlock of a hung Assembly would either make or mar his reputation. Many of the governors in the past who were appointed either by the Congress or the BJP did not ever feel the compunction to be above board. Mr Vala can set a good example by breaking from the dubious precedents of partisanship.

The Karnataka Assembly election has been seen as a prelude to the 2019 Lok Sabha elections, and the argument is that it is a precursor of how things would be next year. If that is indeed the case, then it means that we may be looking towards a hung Parliament in 2019, where no party can form the government on its own. It does not mean that Congress president Rahul Gandhi can reckon with the possibility of becoming the Prime Minister in a coalition setup. If Karnataka is any indication, then the Congress is not going to do well in 2019. This election also shows that the Modi magic has waned. It has not worked as well as expected for the BJP in the state. The Prime Minister, through his aggressive, intensive and extensive — he addressed 21 rallies instead of the scheduled 15 — campaign was only able to bring the BJP to the threshold of victory, but he could not deliver an outright victory itself.

In Gujarat, Mr Modi did pull the BJP out of the jaws of defeat in December 2017 and the party was able to emerge a victor because it was a contest between the BJP and the Congress. There was no third contender. In Karnataka, the JD(S) was literally the third force and Mr Modi could not outwit it. This should make the BJP wary about its total dependence on the “leader”. He cannot take them to victory in 2019 all on his own.

One of the many things that this election has done is to dispel the illusions that each of the parties is harbouring about itself. The JD(S), which in the 1980s and the 1990s had won power in the state all on its own, is now reduced to the role of a small player. It leads to the conclusion that its earlier dominance was due to a tacit understanding with the BJP, justifying Mr Gandhi’s taunt that it is the “B team” of the BJP. The Congress and the BJP are playing divisive politics, each in their own way, to maintain their edge over the other. It appears that the people of the state have rejected both the parties for playing the caste and communal cards. It is unlikely, however, that the BJP, the Congress and the JD(S) will draw the right lessons from the people’s reprimand. They will continue to play their dirty games under the garb of principles.