No sign of a Modi wave, but voters did want to bring change in K’taka 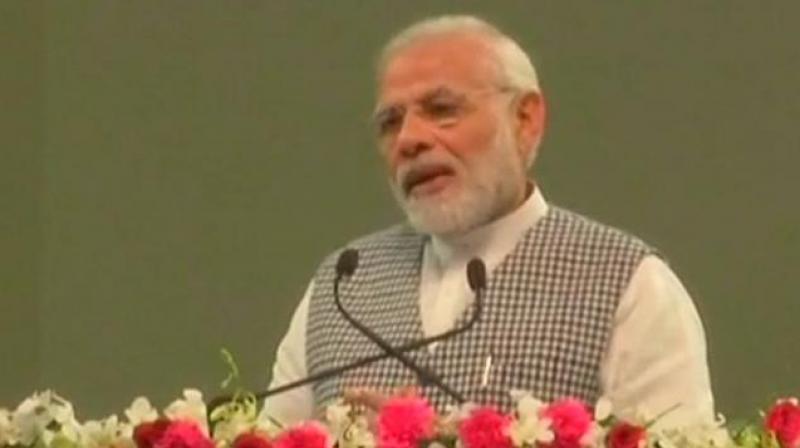 In Karnataka, what looked like a close election between the Congress and the BJP for most part of the election campaign, finally resulted in a hung Assembly, with the BJP emerging as the single largest party. The BJP ended up winning 104 seats, while the Congress ended up winning 78 seats. During the campaign though the Janata Dal (Secular) kept saying it would emerge as the king and not the kingmaker, this hung verdict has finally resulted in the JD(S) emerging as the real kingmaker. The JD(S) performed very well winning 37 seats and polled 18.4 per cent votes. Though the BJP has emerged as the single largest party, this verdict should neither be seen as the verdict against the ruling Congress government as its support base expanded compared to 2013 nor as rejection of the politics of the regional party — the JD(S). But the increased voteshare of the BJP and its increased tally of seats may be seen as a mild desire amongst Karnataka voters for a change.

It is true that the BJP has managed to emerge as the single largest party, but this victory by no means indicates a Narendra Modi wave nor does it indicate a complete rejection of the Congress in the state. The BJP has managed to improve its voteshare compared to 2013, but its voteshare declined by nearly five percentage points compared to the 2014 Lok Sabha elections. Though the Congress got badly defeated, and its tally of seats went down from 122 seats to 78 in the recent elections, it still managed to hold on to its voteshare — an indicator of the support base of the Congress. The Congress managed to poll 37.9 per cent votes, nearly the same as it had during the 2013 Assembly elections (36.6 per cent). But even with this same voteshare, the Congress got defeated as the BJP managed to increase its support base from 20 per cent in 2013 to 36.2 per cent in recent elections. Though this increase in voteshare is slightly artificial as the BJP which contested the 2013 Assembly elections was not the BJP of today. During the 2013 Assembly elections, the BJP contested against the Karnataka Janata Paksha (KJP) and Badavara Shramikara Raitara Congress Party (BSRCP) of the Reddy brothers, each of which managed to poll 9.7 and 2.7 per cent votes. The present BJP is a united BJP, when both these factions have merged with the BJP and the realistic voteshare of the present BJP is 32.3 per cent votes. The BJP managed to increase its voteshare to 36.2 per cent compared to its combined voteshare of 32.3 per cent in 2013. The JD(S)' performance is more or less similar to its performance of 2013, the party has polled 18.4 per cent votes and managed to win 37 seats, which is similar to its 20.1 per cent votes and 40 seats in 2013.

The voteshare of the BJP and the Congress does indicate that there was no big Modi wave as was witnessed in many other states like Uttar Pradesh or in many others. But with this victory, one can't deny that the win should be credited to Prime Minister Narendra Modi. Mr Modi has again demonstrated his ability to pull votes for the party and that he is the sole vote-catcher for the BJP. If party president Amit Shah played the role of the anchor, carried his bat through the BJP's inning of campaign, Mr Modi came in the slog overs. He hit the ball hard and scored the desired runs to give the BJP the lead, but not enough to cross the majority mark on its own. The two addressed a large number of rallies during the campaign - Mr Modi addressed 21 rallies while Amit Shah addressed 30. The two led the BJP's campaign and were able to shield their chief ministerial candidate B.S. Yeddyurappa, who in public perception did not had a clean image, which helped the BJP in these elections.

The popular support of the various political parties, as indicated by the votes polled, does indicate that while the Congress and JD(S) managed to hold on to its caste-based support bases, the BJP not only managed to hold on to its support base but also managed to expand it to some other social groups. In tune with the expectations of many, a large number of upper caste voters voted for the BJP. The Congress, even by recommending for making Lingayats a separate religion, failed to make any dent in the Lingayat votebank of the BJP, and they seemed to have voted for the BJP in very large numbers. The Lingayats who deserted the BJP in 2013 returned to the party and voted for it in sizeable numbers in the recent elections. The Congress may have lost this election but it managed to hold on to its support base amongst dalits, adivasis, Muslims and those belonging to the lower OBCs in Karnataka. The Congress did manage to corner the larger share of the lower OBC votes, but the BJP seems to have made some inroads amongst the lower OBC voters in Karnataka. The success of the JD(S) in southern Karnataka is largely credited to the party holding on to its Vokkaliga votebank. The findings of the survey clearly indicate that the Vokkaligas voted for the JD(S) in large numbers. In fact, the way voters of different castes and communities voted in Karnataka, one could say these elections were also contested with an under-current of a class divide, the lower class voter sided with the Congress, a party which has always tried to identify itself as championing the cause of the poor and the downtrodden, while the well-to-do section of voters sided with the BJP. While the Congress seemed to be fast losing its advantage over the BJP amongst poor voters in many states, the party still seems to be holding strong amongst its traditional support base.

Even with a similar support base, the fact that the BJP managed to emerge as the single largest party in Karnataka is mainly due to the uneven support base of the party in different regions. An analysis of the verdict at the regional level suggests that though the BJP managed to establish a massive lead in its stronghold of Coastal Karnataka and Mumbai-Karnataka regions, it managed to expand its support base in other regions of the state, mainly Central Karnataka. The only region where it failed to make an impact is the Southern Karnataka region, which has 51 seats, where the JD(S) managed to hold on to its support base with massive support of the Vokkalika community. Its alliance with the BSP seemed to have helped the JD(S) in consolidating dalit support in its favour.

The message for the Congress is clear: the strategy to pose any challenge to the BJP is to form alliance and have an understanding with smaller political parties to prevent a division of the anti-BJP votes. Had the Congress formed an alliance with the JD(S), which they are trying to do after the verdict, the final tally of seats for the BJP and this Congress-JD(S) alliance could have been very different.