What is the ground reality in Kashmir?

The dehumanising of Kashmiris has happened over a long period and is not the doing of this government alone — and this is a fact. 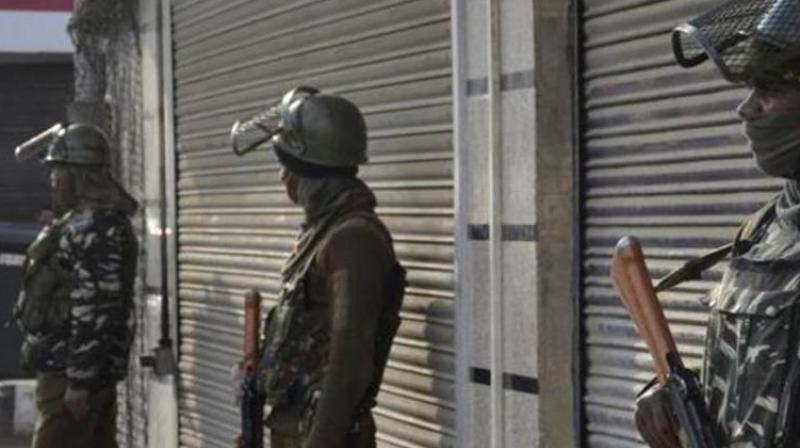 The presence of the Indian paramilitary on the streets of Srinagar has become depressingly normal. Uniformed men carrying assault rifles and speaking Tamil, Bengali, Hindi and Punjabi keep watch over the locals.(Photo: ANI)

I spent a few days in Srinagar this week, going there after a couple of years. I think it is important that readers know a little about what is going on in that state because it is disturbing. It is always strange to visit that state because the reality of Kashmir and its people hits you in the face when you are actually there. When you are away you can get carried away by whatever narrative is spun on our news channels.

The first thing that one notices is how little change there is in Srinagar. The vast changes in the landscapes of Indian cities over the last 15 years are absent here. There are no multiplexes, not a single cinema hall and no malls. The restaurants look the same as they did two or three decades ago and though the traffic has increased there is very little other visual sign of change or economic progress. Because the government in Delhi constantly cuts off the mobile services, there is no app-based economy in Srinagar. No Uber or Ola or the other things that we have become accustomed to for years now.

There are 403 news channels in India, but there is none in Kashmir. No local television news is allowed by the government because of the fear that it can cause trouble. Because the economy is not strong, there is not much corporate advertising. This means that the Kashmiri newspapers are dependent on the advertisements given to them by the Delhi government, their biggest customer. Of course, the newspapers are not going to write against their biggest customer, and so the sentiment of the population is kept away from the front pages.

The day I was leaving, there was a headline in the newspapers which read: “Neither azaadi nor autonomy possible, says J&K governor”. The governor, a well-fed man named Satyapal Malik, said to Kashmir’s reporters that he wanted Kashmir’s young men to put down their guns and “join me for dinner”. If azaadi and autonomy are already off his table, one does not know what he is going to serve them and why they would want to engage with him. The reality is that this government has no idea what to do in Kashmir, and having thrown away democracy, is again attempting to rule over the population through force.

The presence of the Indian paramilitary on the streets of Srinagar has become depressingly normal. Uniformed men carrying assault rifles and speaking Tamil, Bengali, Hindi and Punjabi keep watch over the locals. The number of men from our security forces dying in Kashmir has gone up in the last five years from 41 in 2015 to 88 in 2016, then 83 in 2017 and 95 last year. This year is not even halfway through and we have lost 67 soldiers already. Apparently, Pulwama and Balakot were instrumental in winning the election, but I wonder if many of us looked at what the result of all the drama actually was. As long as the killing happens far away from us, we seem to be fine with it.

I met 10 reporters there the day I landed and as a reporter myself was able to freely speak to them about the situation. They said they no longer needed any specific instruction from the government to not write about certain issues. They instinctively knew what not to report. I have never seen a group of Indian reporters so afraid. At the airport there was a booth for foreigners to register themselves when they land, which I do not see in any other state. Foreign reporters are more or less banned from Kashmir. Foreign channels that the locals prefer, like Al Jazeera and News TV (owned by the government of Iran), have been taken off air by Delhi.

Kashmir is currently ruled directly from Delhi and the instruction is to be strict. We know what this means, and it means that protests should be put down with extreme force and no mercy should be shown.

The dehumanising of Kashmiris has happened over a long period and is not the doing of this government alone — and this is a fact. What we have done to them, we have been doing for three decades now. But it seems that we have not learned a thing. We blunder on, happy to sacrifice citizens and soldiers and talking about delusional things like bringing back normalcy when we are the ones who have made things abnormal in the first place.