India is the sixth largest economy in the world in terms of GDP, and the third largest by purchasing power parity. 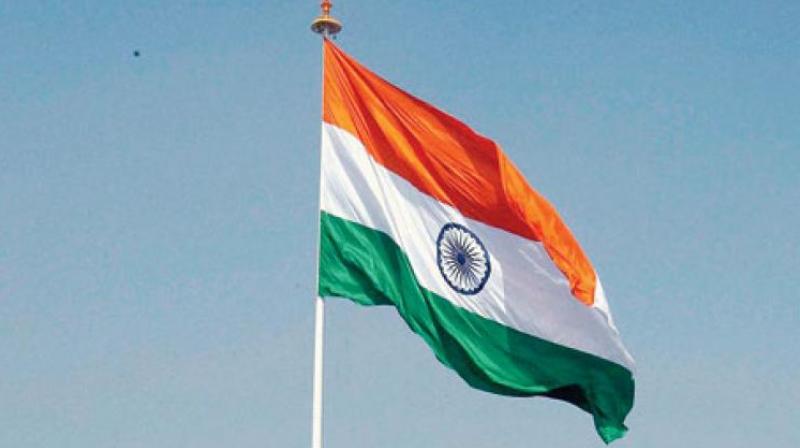 India has achieved a lot in the last 70 years, there’s still a lot more left to be done. Nation-building is really an ongoing project, and India remains a work-in-progress.

Seventy years ago, India made its “tryst with destiny”, but it came at the cost of the country’s Partition.  Twenty-four years later, in 1971, the former East Pakistan broke away and formed the sovereign nation state of Bangladesh. The history of 70 years of the Indian subcontinent saw the birth of three nations. Though sharing a common history, common legacies and regional cultural identities, the three nations had different and distinctive narratives in politics, economic and socio-cultural developments in the post-colonial history of the subcontinent.

In India, democracy has taken deep roots over the last 70 years. The establishment of democratic institutions like Parliament and the state legislatures, supremacy of the Constitution, an independent judiciary; and democratic processes like holding regular elections are taken for granted by generations born in post-Independent India. In Pakistan, overwhelmingly rich and powerful feudal landlords, often overlapping and having common interests with an equally powerful military, resulted in Army coups subverting the democratic processes. The periodic attempts to establish and return to the democratic political process have been rather shaky, with military establishments having an overpowering influence over successive civilian governments.

Pakistan was created on religious grounds. But religion alone could not be a cementing factor to keep the two factions of West and East Pakistan together. The unfair distribution of power and resources between West and East Pakistan, the assertion of regional and linguistic identity of the people of East Pakistan and the atrocities meted out to East Pakistani citizens by the West Pakistan army further divided the subcontinent, resulting in the creation of Bangladesh. Bangladesh also has its history of bloody Army coups. The assassination of Sheikh Mujibur Rahman, the driving force behind the Bangladesh independence movement and the first President of the country, by the Army would always remain a shame in the history of Bangladesh. Sheikh Mujib’s death followed by a series of counter-coups and political assassinations plunged the country into decades of turmoil. From the 1990s onwards, the process of restoration of democracy started in Bangladesh. The current Prime Minister, Sheikh Hasina Wajed, daughter of Sheikh Mujibur Rehman, faces the challenge of rapid radicalisation of certain sections of society.

The past 70 years have witnessed four full-fledged wars in the subcontinent, three between India and Pakistan, the last one in 1971 being the Bangladesh war of independence, and one between India and China. There have been innumerable political assassinations, specially in Pakistan and Bangladesh. India lost Mahatma Gandhi to the forces of hate, and two Prime Ministers to the forces of terrorism. In Pakistan, hanging of democratically-elected Prime Minister Zulfiqar Ali Bhutto by President Zia-ul Haq spelt the death of democracy. Destiny did not spare Gen. Zia either. He died in a plane crash that’s largely believed to be engineered. Bhutto’s daughter, former Pakistan Prime Minister Benazir Bhutto, was assassinated by terrorists while on a campaign tour.

Any assessment of India’s achievements in the past 70 years should be seen in the context of this bloody and turbulent history of the Indian subcontinent. The biggest achievement of India has definitely been the establishment of democracy. There have been 16 general elections and innumerable state and local body elections in India since Independence.  Unlike our neighboring countries, the elections have generally been peaceful, and transition from one government to another, despite a change in the ruling party, has always been smooth. In the last Lok Sabha elections, 55.38 crore people voted, making it the largest election in the world in terms of participation of voters electing their representatives.

India is the sixth largest economy in the world in terms of GDP, and the third largest by purchasing power parity. It’s not a mean achievement given the fact that during colonial rule India suffered from a massive drainage of wealth. In 1947, 75 per cent of India’s population had been below the poverty line, coupled with a literacy rate of only 18 per cent. By 2012, the percentage of the population below the poverty line reduced to 22 per cent, and the literacy rate increased to 74 per cent according to the 2011 census. In 1947-48, the revenue receipts in the Central Budget was a mere Rs 171 crores. In 2017-18, it is estimated to be `15,15,771.08 crores.

What is remarkable about India’s growth story is that most of it has been achieved through the generation of indigenous resources. Unlike many other developing countries that depend primarily on international funding and loans, India’s development model is focused on self-reliance. One of our biggest success stories has been to achieve self-sufficiency in food production to feed an expanding population, and thus ensuring food security. The task of feeding 1.25 billion people is daunting for any nation, and without ensuring food security of such a vast number of population, any nation could be held hostage to the mercy of others. One of the most notable measures in this direction was the Green Revolution, at the end of which India transformed from a food-importing to a food-exporting nation. A self-reliant economic growth model has helped India to maintain independence in its foreign policies. Whether spearheading the Nonaligned Movement during the Cold War, or the refusal to sign the Nuclear Non-Proliferation Treaty, which India sees as unequal and unfair, India has always been able to withstand international pressures due to its resilient economy and the sound policies of its governments.

On the flip side, we need to achieve far more in the social sectors, primarily in health and education. Though the percentage of the population below the poverty line has reduced drastically, in terms of sheer numbers it’s still huge. The glaring gender disparity and the unequal distribution of wealth remain major impediments towards creating an egalitarian society. The management of internal security and balancing conflicting interests arising out of the diversity of ethnic groups and communities will always remain a challenge for any government. Finally, any ideology that propagates divisive politics is like a time-bomb that could destroy the social fabric of India.

While 70 years is a long time in human life, it’s not really much in the life of a nation. India has achieved a lot in the last 70 years, there’s still a lot more left to be done. Nation-building is really an ongoing project, and India remains a work-in-progress.