Aleppo falls, no end to conflict in Syria 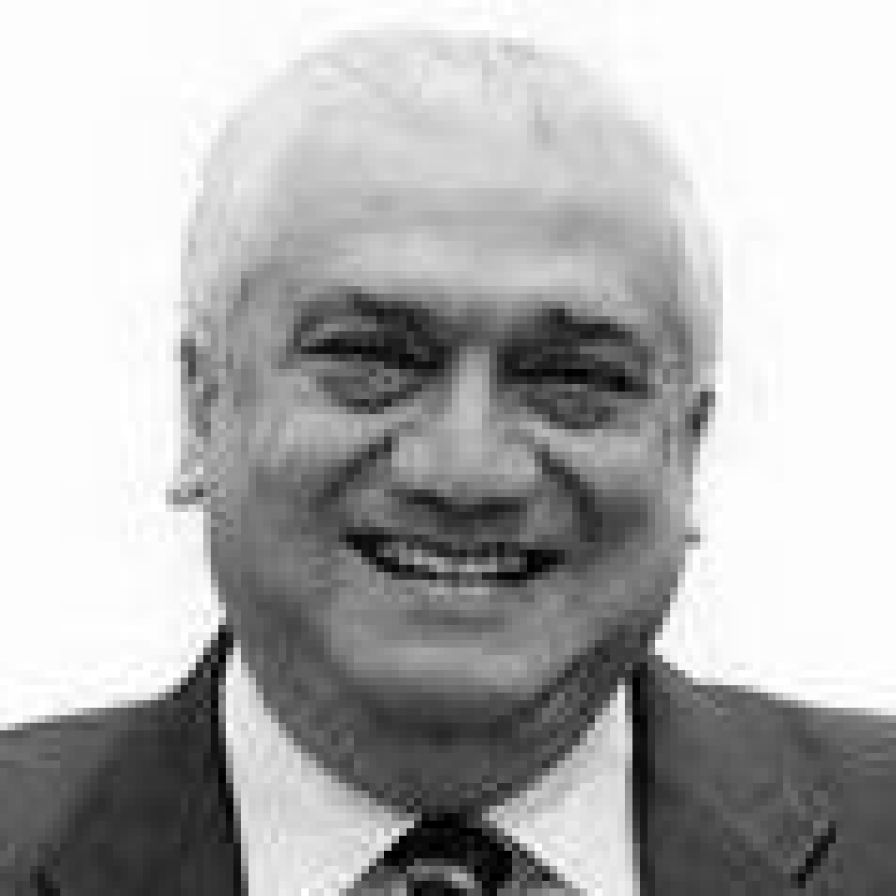 The situation changed when rebel forces from the neighbouring villages penetrated Aleppo. 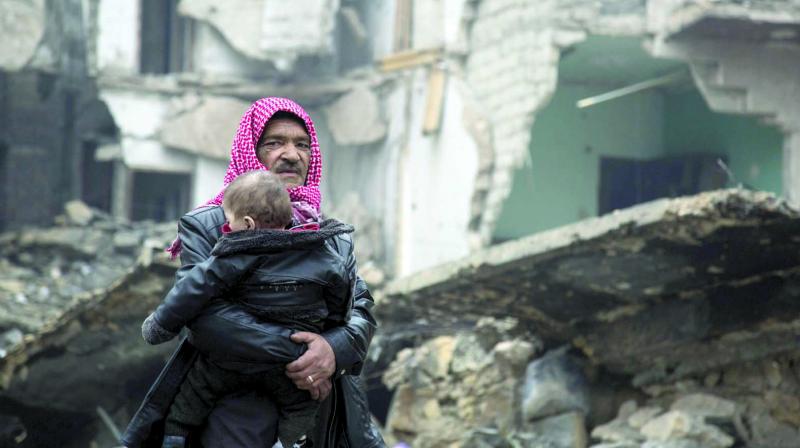 A Syrian leaves a rebel-held area of Aleppo towards the government-held side on Tuesday during an operation by Syrian forces to retake the embattled city. (Photo: AFP)

On Tuesday, the military leadership of the Bashar al-Assad regime announced that government forces had captured most of Aleppo. This ends a four-year conflict that has witnessed extraordinary carnage, systemic killings of civilians, gross human rights abuses and the destruction of one of the great cities in world history. All of this has taken place while the international community has stood by, apparently helpless in the face of such wanton rampages against human values. Syria’s “Stalingrad” has succumbed to the powerful forces deployed against it.

The small and sporadic uprisings against President Bashar al-Assad, in the wake of the Arab Spring in early 2011, were nearly a year old before Aleppo, Syria’s largest city of two and a half million, experienced the first agitations for political change in July 2012. Till then Aleppo, Syria’s commercial centre, had been largely supportive of the Assad government. The situation changed when rebel forces from the neighbouring villages penetrated Aleppo.

The rebels included home-grown jihadis, militants from the Al Qaeda-affiliated Jabhat Nusra, buttressed by Libyan, Chechen and French jihadis and Syrian Kurds, who together constituted a formidable international force. Rebel forces occupied eastern Aleppo, while the pro-government population of a million and a half people lived in the west.

For the Assad government, the recapture of Aleppo was important for symbolic and strategic reasons. It was not only a major commercial and tourism centre, it was also on the supply line from Turkey to the rebels. Hence, over four years of harsh urban warfare, the government deployed its elite units, backed by Hezbollah and militia from Iran and Iraq, against the rebels.

The rebels, supported by their Gulf Cooperation Council (GCC) and Turkish patrons, were generally able to hold their own against the forces ranged against them, with territory frequently exchanging hands between the two sides. However, the battle scenario changed dramatically with the involvement of Russia from September 2015 on the side of the Assad government.

Government forces now had the benefit of widespread bombings by the Russian Air Force, which included accusations of the use of “barrel bombs” against civilian targets, including targeting of schools and hospitals, and even “double tap” bombings that hit rescue workers seeking to aid victims of earlier bombings.

The endgame in Aleppo began in June 2016 when a government offensive effectively encircled the city and held its position against a strong rebel counter-attack. From September, the national Army began to make steady progress in taking rebel-held territory.

On December 13, the city, largely despoiled and shattered, came under government control. At the time of writing (December 15), small pockets of resistance remain in eastern Aleppo, though a civilian population of about 80,000 persons is said to be entrapped amongst the rebels still holding out.

First reports of “liberation” speak of the violation of the ceasefire brokered by Russia and Turkey and summary executions of dozens of people by the Army amidst widespread scenes of destruction. The UN human rights head, Richard Colville, has spoken of a “complete meltdown of humanity”. A Syrian in Aleppo, perhaps reflecting the sectarian character of the conflict, has been quoted as saying: “We are facing genocide.”

A week before the fall of Aleppo, Mr Assad had said that, while the fall of Aleppo would not end the Syrian conflict, it would be a “huge step” in that direction. Rescue workers have described the Aleppo situation as “the gravest humanitarian emergency of our time and the most dangerous crisis in the world’s most unstable region”. Pro-rebel officials from neighbouring countries have said the fight will go on.

It is too early in the day to forecast the run of events in Syria. For the last few years, the fate of Aleppo has been viewed as crucial in determining the course of the Syrian conflict; this is what encouraged Mr Assad to deploy such lethal force in retaking the city. However, first impressions are that the fall of Aleppo might not be that significant. Commentators have noted that the recapture of Aleppo involved the military strategy of inflicting total destruction which consisted of massive bombardment, strong attacks on the city’s infrastructure, the successful cutting off of supplies and a vice-like siege of the city: It will not be easy for the Assad government to mobilise such a massive and lethal force against rebels in other towns.

Again, at least 150,000 battle-hardened and committed rebel fighters remain in Syria and control large swathes of territory. To complicate the picture, the Islamic State of Iraq and Syria, under pressure in Iraq, has taken advantage of the focus on Aleppo to retake the historic town of Palmyra, which government forces had captured with such fanfare just a few months ago. On the political front, the regional players, Turkey and the GCC, remain committed to regime change in Damascus and continue to back the rebels with military supplies; neither side is showing any interest in a political compromise that would end the fighting. New battlefronts are expected to open in Idlib and Homs, with no signs of peace and stability.

The advent of the Donald Trump presidency has injected a new source of uncertainty into the Syrian quagmire. After the election, Mr Trump has re-affirmed his hostility to Iran, and hence might not be enthusiastic about Iran affirming its influence in Syria, even as the lame-duck US Congress has voted to supply the rebels with anti-aircraft missiles.

But Mr Trump has also indicated disdain for the rebel groups and a keenness to align US and Russian interests in Syria, with the principal focus being on defeating ISIS. This suggests that he might accept Mr Assad continuing to rule from Damascus, even if it irks the US’ traditional regional allies. It remains to be seen how the new President will reconcile these contradictions.

Amidst these political and military manoeuvres, voices from Syria’s beleaguered cities continue their defiance, asserting, in the words of activist Malak Chabhoun, that the “spirit of revolution persists” in Syria.