Today India is deeply polarised, fractured and an increasingly fragmented polity with an ongoing “consolidation of the fragmented”. 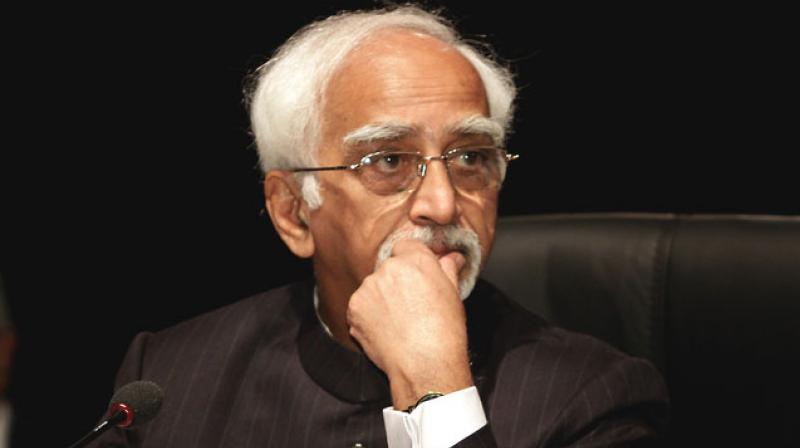 In the backdrop of the vile and morally questionable drama entailing political machinations at their worst in the lead-up to the Rajya Sabha polls in Gujarat, the more crucial race for the vice-presidentship was a forgotten footnote in time, almost immediately. For the second time in a row, the losing vice-presidential candidate, albeit from different parties, dignified, upheld and embellished the vibrant (but threatened) democratic instincts of a wounded nation, that frequently goes numb in the face of cold electoral maths and the hubris of the political class. The Indian political system has a Machevilian impulse that ensures the “numerically-lesser” political coalition attempts to embarrass the “numerically-greater” political coalition by proposing a more “compelling” candidate. This “compelling” element usually takes the form of a race, religion, gender or some other undeniable socio-economic dimension.

Sometimes, however, the “compelling” candidature takes the shape of genuine competence, giving the electoral race a semblance of moral high ground and force public opinion favourably towards the choice of the “numerically-lesser” coalition. In such cases, while the electoral results are a foregone conclusion (except for some embarrassing cross-voting), the collateral opportunity to reiterate, reaffirm and celebrate the essentialities of the composite and profound “idea of India” is invaluable in the face of brute numbers.

In 2012, cavalry “officer and a gentleman” Jaswant Singh, as the NDA nominee, lost out to the UPA’s Hamid Ansari, a former diplomat. By 2017, the political winds and fortunes had totally reversed, and the UPA nominee, “man of letters” Gopalkrishna Gandhi, lost out to the quintessential politician M. Venkaiah Naidu, known for his quick-jab alliterations and allegories. However, the stately and intellectual queries posited and initiated by both “defeated” allowed the critical expression and venting of the proverbial “other voice”.

Today India is deeply polarised, fractured and an increasingly fragmented polity with an ongoing “consolidation of the fragmented”. The last election ushered in a government with a thumping majority, albeit with 31 per cent of the popular vote across the nation in its favour, signaling the sensitivity of recognising and respecting the 69 per cent who may have a contrarian view of governance and national imperatives.

Jaswant Singh had famously quoted the spirit of the Urdu word “umeed” (hope) in the subsumed context of the larger term “umeedwar” (candidate), to postulate the intrinsic “hope” of his supporters that lay in his candidature, even though the electoral votes were heavily stacked against him. Then, in an expected equestrian flourish, he insisted against the futility of the contest when he insisted he was “not being put out to pasture”.

Similarly, Gopalkrishna Gandhi invoked the Indian Constitution’s finest pulse when he stated: “I see myself as a citizen candidate who has been asked by a large spectrum of Opposition parties to contest without party bias but with an unambiguous commitment to the cardinal tenets of the Constitution of India, and specially its guarantees in the matter of freedom of conscience, speech and xpression”. Interestingly, neither of these two insisted on the politically-kosher flagstaff of their naturally-expected bearings to make their respective cases. “Major” Jaswant Singh, an irrepressibly proud soldier, never invoked or stoked his military credentials to titillate the fire of hyper-nationalism; and neither did the unmatchable gene pool of Gopalkrishna Gandhi (with Mahatma Gandhi as his paternal grandfather and C. Rajagopalachari as his maternal grandfather) figure in any posturing for suitability. Between the two, they have written over 20 books. Jaswant Singh was a visiting professor at Oxford, a senior fellow a

t Harvard, and Gopalkrishna Gandhi was a professor of history and arts at Ashoka University, besides a powerhouse of intellectual views that he routinely publishes in journals. If one is a non-political “Gandhi”, the other was arguably the most “secular” figure from his party - both represented the fading profundities of liberality, inclusivity and genteelness that has almost vanished from the political mainstream of today.

Our constitutional posts are the vanguard of apolitical and constitutional propriety that requires a deep maturity, searing conscience and intellectual independence from the clutches of partisan politics - herei, both Jaswant and Gopalkrishna were eminently qualified. While Gopalkrishna Gandhi was no party cardholder and had achieved the rare distinction of getting endorsed by both the Trinamul Congress and the Communist parties in recognition of his impeccable conduct as a governor of West Bengal, Jaswant Singh was the perennial oddity within his own ranks for having staunchly independent views (with a book aptly titled The Audacity of Opinion). Yet, both were consumed by the prevailing winds of neo-nationalism when their intellectual enquiries and postulations were misread (or perhaps, never read!) as unpatriotic.

Jaswant Singh’s book on Mohammed Ali Jinnah was ostensibly his undoing the first time, whereas Gopalkrishna Gandhi’s insistence on terming the death penalty as a medieval concept that had outlived its time, was misconstrued as unpatriotic, given the Yaqub Memon case (ignoring a similar plea by him for Kulbhushan Jadhav).Irrespective of the political calculus that determines the winning candidature, both Jaswant Singh and Gopalkrishna Gandhi lost the election but were certainly not “defeated” in the larger context of the “idea of India”. They fought on principles, ideas and wistful philosophies that are the essential oxygen of democracy - often contrarian, always enriching, and certainly never unpatriotic. With the quality of debate, perspective and opposition on the decline — for once, the nuanced and righteous tenor of Gopalkrishna Gandhi was a brief whiff of fresh air that added the much-needed gravitas and alternative thought to the still-air of political opposition, a celebratory feature of thriving democracy that must always be sought.

Sadly, Jaswant Singh’s health has stalled the erudite man from contributing to public discourse, but “citizen candidate” Gopalkrishna Gandhi must continue to add to the perspectives of the “argumentative Indian” - the toxicity of a stalled or snubbed intellectual culture does not befit a 5,000-year-old civilisation. The dignity and poise in gracefully congratulating the suly elected vice-president only added to their individual lustre and halo.