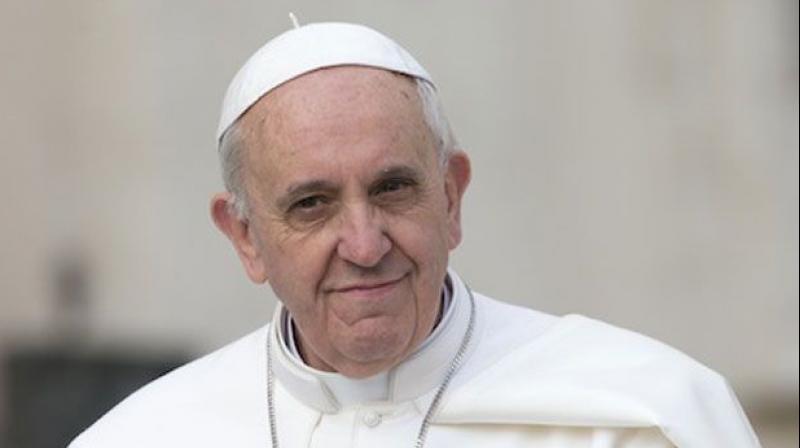 When a proud aviator-inventor was boasting about himself being better than the birds in flight, his wife wryly inquired: “Can you also sit on a barbed wire fence?” Much as we add feathers to our caps, we must accept that we cannot feather nests like tailor birds! Nonetheless, before the advent of airplanes, some humans were quite literally “flying high”.

Yogis have long been levitating after mastering pranayamas that make their bodies lose grossness, defying gravitational pulls. There’s also this little-known Italian St. Joseph of Cupertino (1603-1663), whose feast is celebrated on September 18, known as the “flying friar” reportedly blessed with the ability of levitation.

Joseph’s father died just before he was born, leaving his mother destitute. As a child, he was malnourished, absentminded, sick and intellectually below average. Judging him to be good-for-nothing and unable to educate him formally, his mother merely taught him the virtues of kindness, gentleness, truthfulness, faithfulness and to live a life of prayer and penance.

Assisted by benefactors, Joseph managed to go to school where, aged eight, he began having ecstatic visions leading his classmates to dub him “open-mouthed”. After school, he felt inspired to join a monastery. Being poor in studies, he was unable to complete the syllabus for priesthood. However, before exams he would pray to God to be questioned only on the few topics that he knew. Legend has it that he would inevitably be asked only those questions which he knew.

As a monk, what he lacked in intelligence, Joseph made up by virtue. God blessed him with gifts of healing, prophesy, clairvoyance and levitation. News of his saintliness and paranormal powers spread far and wide attracting crowds to get a darshan of him. Irritated by this unwanted publicity, his fellow-monks literally “grounded him” — forbidding him to talk to people or to appear in public. Undaunted, Joseph continued his meditations, prayers and penance.

Saints like Joseph prove what Pope Francis says: “To be saints is not the privilege of a few, but an invitation for everyone.” A recent “Growing Up Today” and “Nurses’ Health Study” survey of Washington, D.C., suggests that those schooled in dharma, spirituality and prayer from childhood are less likely to have depressive symptoms, smoke, take drugs or suffer from sexually transmitted diseases. Such statistics should not reduce religion to being a preventive drug but should remind us to give our children the gifts of spirituality and faith.

Like St. Joseph of Cupertino, you and I, too, can fly high and seek depth in life. Incidentally, Joseph’s death did not allow him to be grounded for long. When this flying friar was declared a “saint” in 1767, he was made patron of — yes, you guessed right — aviators and test-takers!