There were several warm and fuzzy moments during my interaction with readers at the multi-venue Adelaide Festival Centre on the river. 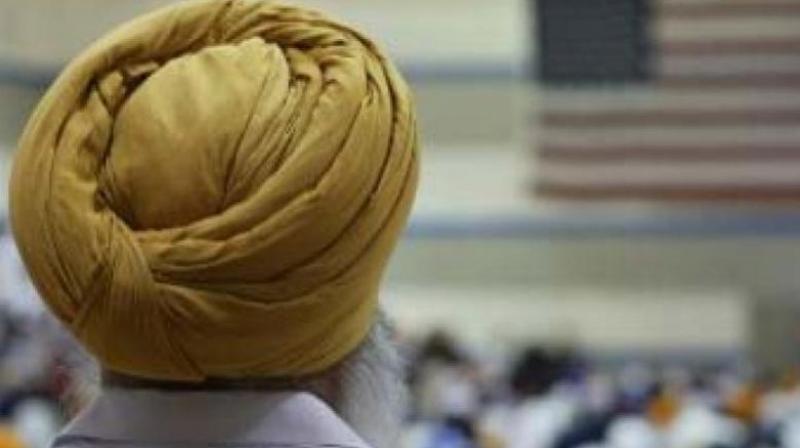 An elderly Sikh couple was having a really challenging time filling in forms that ask detailed questions about the content of your bags. (Photo: Representational Image/AP)

Oh the lengths hungry writers go to for the sake of their precious words! This was my predominant thought as I flew to Adelaide to attend the first edition of Zee JLF organised by OzAsia and the University of South Australia. Not only was the duration of the journey exceedingly daunting, but the punishing schedule put together by the litfest czars and a czarina — Namita Gokhale, William Dalrymple and Sanjoy Roy — left zero time for anything. In fact, the charmless joke doing the rounds was that writers from India had spent as much time in the air as on the ground. But guess what — once the show was on a roll — so were the writers. No fatigue. No jet lag. Just the undiluted pleasure of sharing ideas and books with an informed, interested audience. Plus, there was a bonus involved — meeting new writers from Australia, China, Singapore, Hong Kong and getting drawn into their lives and worlds. But for me, it was unquestionably the participation of our Dum Maro Dum diva — Zeenat Aman — that added so much oomph and joy to the short trip.

At that distance, happenings in India seemed particularly remote and uninspiring. Even when a cabbie tried to engage me in a conversation about the mercurial Virat Kohli! He pointed to the grand Donald Bradman Stadium and talked about our boys playing there the following week. Given the amount of cricket our chaps play these days, I had lost track of their timetable, and was entirely indifferent to the cabbie’s passionate commentary. He told me in thrilled tones that he had chauffeured Virat’s female cousin during her recent trip, and she was travelling “incognito”. I mean… really! Has anybody heard of her back home?

This was my sixth visit to Australia. A great deal had changed since my last trip three years ago. I found the local people far friendlier and more helpful, especially the tough-talking immigration officers dealing with desis. An elderly Sikh couple was having a really challenging time filling in forms that ask detailed questions about the content of your bags. They were exhausted and ignorant, intimidated and nervous. Unable to respond to the officer’s questions, it was heart-rending to watch them stumble and struggle. The most poignant moment arose when another female officer, realising their predicament, produced a board with questions written in Punjabi. The old Sardar shook his head sadly and confessed he was illiterate. The officers were stumped — but not unkind. A few minutes later I saw the couple at the baggage console, with tears of relief streaming down their faces. They were through! Welcome to Australia, ji!

There were several warm and fuzzy moments during my interaction with readers at the multi-venue Adelaide Festival Centre on the river. These energising encounters effectively took care of inertia. I met an Australian gentleman who had undertaken a seven-year study of suicides in India. Taking up from a comment I had made about Indian widows during my session, he mentioned his own research, which had thrown up a similar finding. The category with the lowest suicide rate happened to be desi widows — not teenagers, not housewives, not men. He said the findings had stumped him initially — what could possibly give these women (in rural and urban communities) the strength to cope and carry on, given our society’s patriarchal framework? He came up with a couple of credible theories, which intrigued me.

Given Australia’s informal attitude to hierarchy and all things stiff and starchy, it was terrific to observe how easily the Honourable Steven Marshall MP, premier (chief minister equivalent) of South Australia, mingled with delegates, minus bristling security forming a protective cordon around him. Same goes for the affable governor of South Australia, H.E. Hieu Van Le AC, whose presence was formally announced and acknowledged, but whose conduct remained relaxed and chatty, stripped of pomposity and protocol. It’s something worth emulating in India where netas strut around like demi-gods. Politicians are people too — that is what the Australians convincingly conveyed. Another eminent personality — Michael Abbott (chairman, Adelaide Festival Centre) — an old India hand with an extraordinary collection of Indian textiles and art, mentioned just how hard Steven works, waking up at 4 am and putting in long hours doing what he was elected to do — work for the people. It’s almost impossible to say that about a single politician back home.

The Australian economy being as robust as it is, has led to a work ethic that is admirable. People put in the required hours — and then they switch off! Which also means shops and restaurants stay shut a lot more than they do in India. We are so used to eating late dinners and expecting restaurants to take our orders as late as midnight that it comes as a shock when one is told firmly the kitchen is closed by 10 pm. And if you think you will be served lunch at 3 pm — forget it! Waiting staff follow rules and a lot of bars within fancy restaurants expect diners to order and fetch their own drinks. That’s when one realizes how spoilt we are in India. We take so many services entirely for granted!

By far, the most fun conversation I had was with a young desi girl, who had arrived from Gurgaon with her husband seven years earlier, carrying 3,000 Australian dollars between them. And here she was, a successful entrepreneur, juggling a demanding career with two bachchas , waking up at 5 am to hit the gym, cook meals and leave for work. What was her verdict? Was she happy? She threw back her head and laughed: “Adelaide is like an ashram! My husband and I live like brother and sister. There is no time for sex. There is no time for anything other than work!” Good God! Her life sounded dreadful! Oh no it wasn’t, she assured me cheerfully — “We wait for the weekend — and then we get drunk!”

I didn’t have the heart to ask why they couldn’t have stayed on in Gurgaon and got drunk every weekend. It must be the clean air of Adelaide that attracts them. But I so wished the two of them had sex... along with the splendid Barossa Valley wines from the hills close by. Well… as they say, you can’t have it all!