Mystic Mantra: The mystic of Mehrauli

Popularly known as Qutb Saheb, he was the spiritual and intellectual successor of Khwaja Gharib Nawaz Moinuddin Chishti of Ajmer. 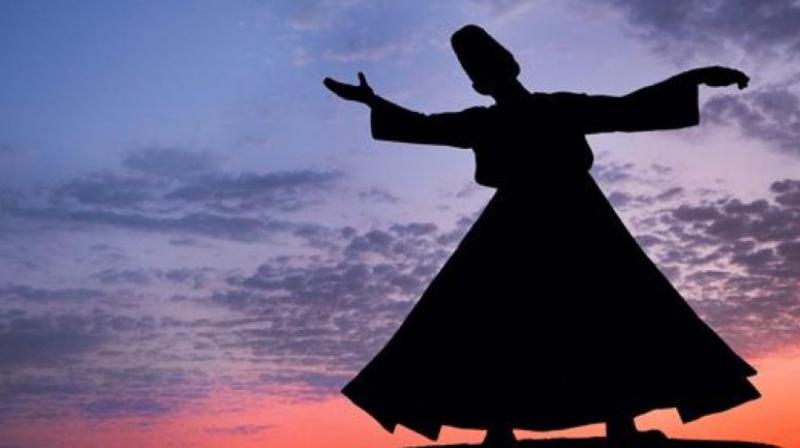 In fact, the great mystic gave him the epithet of the Qutb, which means “pole” in Arabic and is referred to the head of a regional hierarchy in Sufism. (Representational image)

Not many know that New Delhi is also the spiritual capital of Indian Sufi mystics and is historically revered among the South Asian Sufis as “Bais Khwajaaon ki Chaukhat” (the city of the 22 most prominent saints). New Delhi’s most prominent Muslim mystic of the Chishti Sufi order was Hazrat Khwaja Qutbuddin Bakhtiar Kaki.

Kaki emerged in India as one the major proponents of Wahdatul Wajud (unity of existence) which goes concurrently with the Vedic notion of Advaita or non-dualism. Popularly known as Qutb Saheb, he was the spiritual and intellectual successor of Khwaja Gharib Nawaz Moinuddin Chishti of Ajmer. In fact, the great mystic gave him the epithet of the Qutb, which means “pole” in Arabic and is referred to the head of a regional hierarchy in Sufism. Qutb saheb is also particularly known for two reasons: his close personal relationship with the divine and mankind and mystical worship. Most of his devotional practices remained unknown to the exterior. He never liked to make a show of his spiritual engagements. In fact, worshipping Allah in secret and solitude is the spinal column of Sufism. Therefore, this mystic of Mehrauli Sharif is also called Qutb-ul-Aqtab (the greatest Qutb) in India much like Moinuddin Chishti is known as the greatest Khwaja (Khwaja-e-Khwajagan). When the young, sincere seeker — Kaki fell at the feet of the great spiritual master and benefactor Khwaja Gharib Nawaz, he was affectionately embraced, blessed and thus enlightened. Having been raised in Khwaja’s disciplehood, he was taught: “Never turn your face from the light of truth and prove yourself to be a brave man in the divine path.”

After Khwaja Gharib Nawaz’s demise, Khwaja Kaki became the head of the Chishti Sufi order in the subcontinent and carried forward his legacy with complete devotion. Baba Fareeduddin Ganj Shakar was among his most beloved disciples and direct spiritual successors. Despite the hostility the Chishti saints faced in the reign of Sultan Shamsuddin Iltutmish, both Bakhtiyar Kaki and Baba Farid continue to be deeply endeared by Muslims and non-Muslims alike. Let alone the common non-Muslims, even our Father of the Nation, Mahatma Gandhi, credited Khwaja Kaki as one of the key influencers on his spiritual thoughts. On January 27, 1948, Gandhiji held his last public address at the Mehrauli shrine of Khwaja Bakhtiyar Kaki. The late Khushwant Singh recounts it in his book, The Novel: “Gandhi bows to Kaki’s tomb. The Musalmans accompanying him request to utter al-Fateha. So the Mahatma raises his hand and recites: In the name of Allah the beneficent and the merciful.” Just as, in his early life, he sought refuge in discourses of Shrimad Rajchandra as his guide in moments of “spiritual crisis”, in the last moments, only three days before his martyrdom, Gandhiji turned to the tomb of Kaki. He would often recite the Sufi poet Ahmad Jaan’s couplet:

“Those who are shot dead with the dagger of surrender and pleasure are reborn in the unseen.”