Free speech laws must be made stronger

Unlike the US, the Indian Constitution does not guarantee the freedom of the press. 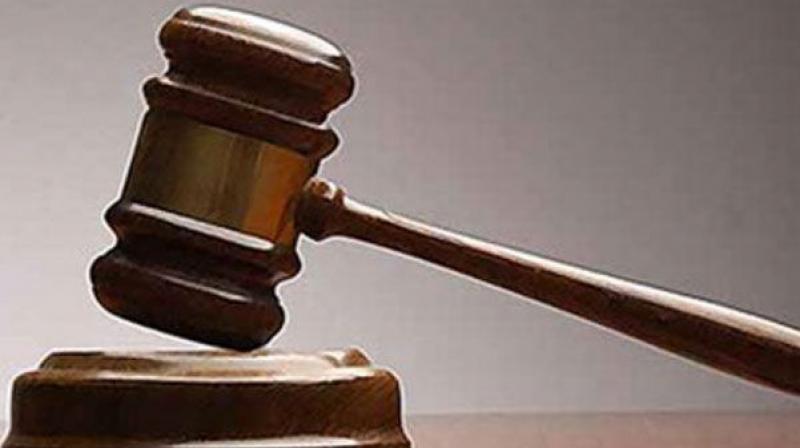 An invitation to be a part of a panel in Bengaluru on draconian laws in the context of freedom of the press — namely sedition, defamation, contempt and privileges — once again provided an opportunity to revisit the conundrum as to how free is free speech in India for both the media and the people.

Interestingly unlike the United States and many other Constitutions around the world, the Indian Constitution does not guarantee the freedom of the press. It is a derivative of the right to freedom of speech read into the scope of this fundamental right available to citizens through judicial pronouncements. The question therefore that still remains open: are media entities citizens within the meaning of Article 19(1)(a) of the Constitution of India.

The cornerstone of free speech in India is this article. The original article as adopted by the Constituent Assembly provided that: “All citizens shall have the right to freedom of speech and expression. The un-amended Clause 2 of this article that curtailed and circumscribed this freedom as adopted by the Constituent Assembly read as follows: Nothing in sub-clause (a) of clause (1) shall affect the operation of any existing law in so far as it relates to, or prevents the State from making any law relating to, libel, slander, defamation, contempt of court or any matter which offends against decency or morality or which undermines the security of, or tends to overthrow, the State.” The scope of the restrictions was very wide in their amplitude even in their first conception. It allowed the State to make laws to deal with transgressions of seven different aspects of free speech.

Notwithstanding this heft of restrictions, the assault on the freedom of speech and expression commenced in the very nascent years of the Indian Republic. On May 10, 1951 the statement of objects and reasons of the very first Constitution Amendment Bill had this to say about Article 19: “During the last 15 months of the working of the Constitution, certain difficulties have been brought to light by judicial decisions and pronouncements, specially in regard to the chapter on fundamental rights. The citizen’s right to freedom of speech and expression guaranteed by Article 19(1)(a) has been held by some courts to be so comprehensive as not to render a person culpable even if he advocates murder and other crimes of violence. In other countries with written Constitutions, freedom of speech and of the press is not regarded as debarring the State from punishing or preventing abuse of this freedom…”

The first amendment therefore proceeded to enhance the restrictions in Clause 2 of Article 19. Post amendment, it now read as follows: “Nothing in sub-clause (a) of clause (1) shall affect the operation of any existing law, or prevent the State from making any law, in so far as such law imposes reasonable restrictions on the exercise of the right conferred by the said sub-clause in the interests of the security of the State, friendly relations with foreign states, public order, decency or morality, or in relation to contempt of court, defamation or incitement to an offence.”

The addition of the words “reasonable restrictions on the exercise of this right” enabled the Supreme Court to uphold the colonial relic — the prince of oppression Section 124A of the Indian Penal Code — the Law on Sedition.

After the Constitution came into force, it was widely expected that this section of the IPC would become violative of the fundamental right to freedom of speech and expression. Thus sedition, a draconian law of the colonial era, would have been out of the penal code for good.

However, this did not happen because in 1962 the Supreme Court on the strength of the first Constitutional Amendment upheld the constitutional validity of Section 124A in Kedarnath Singh vs State of Bihar AIR 1962 SC 955. During the colonial period, sedition was considered a black law and was used extensively against the leaders of the freedom movement. Gandhi, Tilak and many other leaders were put behind bars for many years under this law. But a Constitution Bench of Supreme Court upheld its vires and presented it before free India as a necessary virtue in the interest of the survival of republic.

Again in 1963, the freedom of speech and expression was further assaulted with the addition of the words sovereignty and integrity of India.

The statement of objects and reasons of this particular amendment outlining the reasons for this insertion pontificated as follows: “The Committee on National Integration and Regionalism appointed by the National Integration Council recommended that Article 19 of the Constitution be so amended that adequate powers become available for the preservation and maintenance of the integrity, and sovereignty of the Union. The committee were further of the view that every candidate for the membership of a State Legislature or Parliament, and every aspirant to, and incumbent of, public office should pledge himself to uphold the Constitution and to preserve the integrity and sovereignty of the Union and that forms of oath in the Third Schedule to the Constitution should be suitably amended for the purpose. It is proposed to give effect to these recommendations by amending Clauses (2), (3) and (4) of Article 19 for enabling the State to make any law imposing reasonable restrictions on the exercise of the rights conferred by sub-clauses (a), (b) and (c) of Clause (1) of that article in the interests of the sovereignty and integrity of India…”

In other words, before the 16th Amendment came into force, it was ostensibly legal to preach and propagate even secession from India. In the wake of the defeat in the Sino-India war in 1962 there was an atmosphere of nationalistic fervor that enabled the state to proscribe regional aspirations that were articulating, if not secession from India, but far more autonomy for the states.

Thus, in the first 13 years of the founding of the Indian Republic, the freedom of speech and expression was abridged twice. In its final avatar now, Article 19(2) reads as follows: “Nothing in sub-clause (a) of Clause (1) shall affect the operation of any existing law, or prevent the State from making any law, in so far as such law imposes reasonable restrictions on the exercise of the right conferred by the said sub-clause in the interests of the sovereignty and integrity of India, the security of the State, friendly relations with foreign states, public order, decency or morality or in relation to contempt of court, defamation or incitement to an offence.”

There is a need to revisit these restrictions and even Article 19 itself. The word “citizens” needs to be replaced with people given the number of Indians who are a part of the global diaspora and have a view on what goes on in India. A substantive number of them are not Indian citizens, including people who have heft in the public discourse. The amended Article 19 must read as follows: “All people will have the right to freedom of speech and expression throughout the territories of India. This right would include the freedom of the press. It includes within its ambit the right to offend. Those offended by the exercise of this right, including and not limited to the State, would have the right to exercise all the remedies available under the various laws for the time being in force.” Clause 2 of Article 19 must be repealed.

This would lift the spectre of some of the draconianism while preserving the rights of the State and the people. It would then pave the way of reinterpreting, defamation, contempt and privileges insofar as they proscribe circumscribe and punish free speech.