Opinion   Oped  18 Feb 2020  In the future, viruses may well be hailed as saviours, not scourges
Opinion, Oped

In the future, viruses may well be hailed as saviours, not scourges

But amidst all the panic and apocalyptic fear-mongering, we forget the debt that we owe viruses. 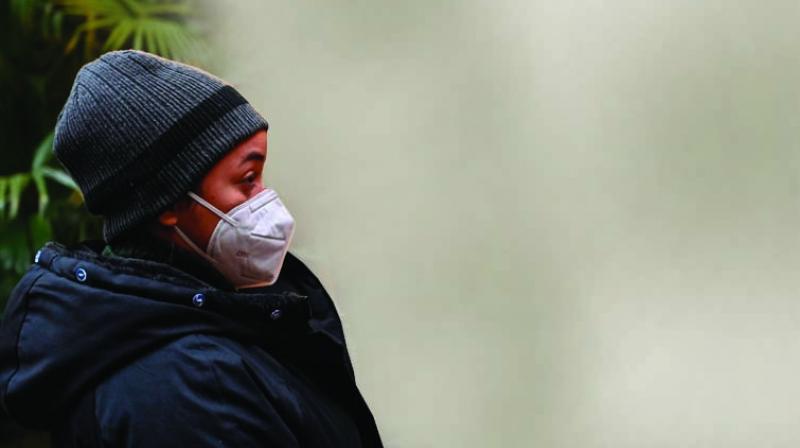 Because viruses, along with making us sick and occasionally killing us, have helped us evolve.

Viruses get a bad rap. Admittedly, much of that is deserved, what with the novel coronavirus (or COVID-19 if you prefer) which has much of China in a lockdown and the rest of the world in a panic. Highly infectious and showing no real signs of subsiding, this latest viral variant, according to the US Centres for Disease Control, will “probably be with us beyond this year”. On a larger scale, it’s not as bad as it is being made out to be as its fellow viruses (I’m thinking of smallpox) have in the not-so-distant past devastated entire civilisations.

But amidst all the panic and apocalyptic fear-mongering, we forget the debt that we owe viruses. After all, without these strange, mysterious entities (they can’t exactly be classified as life forms) you and I would not be you and I, or at least not in any currently recognisable form. Because viruses, along with making us sick and occasionally killing us, have helped us evolve.

Over 65 million years ago a tiny shrew-like creature — an egg layer according to scientists — was infected by a particularly sneaky retrovirus that didn’t just make its way into the host’s genome but managed to get into its sperm or egg cells, ensuring that the mutation it caused would be passed on to every subsequent generation. Countless generations later, this infection led to the development of the placenta in this creature and others similarly infected, thus allowing for the development of a foetus inside the mother’s body.

Without this ancient chance encounter humans may well have been egg layers. This sort of viral “tough love” has been a constant feature of our evolution, forcing us to adapt or die. According to scholar David Enard, “When you have a pandemic or an epidemic at some point in evolution, the population that is targeted by the virus either adapts, or goes extinct.”

Indeed, we may have to thank our little viral friends for the existence of life as we know it; while traditional scientific thought has it that viruses appeared fairly late in the evolutionary timeline, after the development of cells, the discovery in 2014 of a giant frozen virus in Siberia, dubbed the Pithovirus, is causing a rethink.

But the origin of viruses, and, indeed, viruses themselves, remain a mystery. Along with the Pithovirus, other giant viruses have also been discovered such as the Megavirus which contains 1,120 genes (the HIV virus only has nine) leading us to believe that these may be an entirely new “domain” of life. Essentially, the viral “chicken” may have come before the cellular “egg”.

We know that viruses are gene stealers, acquiring and transplanting genetic material from and to a variety of hosts. Fair enough, but what should we think when we find a virus that has no recognisable genes whatsoever? Say hello to the Yaravirus, which contains genes that no scientist has ever seen before! Which begs the question: exactly where did these genes come from? Did they somehow mutate beyond recognition in the virus itself or are they the legacy of a hitherto undiscovered form of life?

While the eventual answer may be far more mundane, the fact remains that what we do not know about viruses dwarfs what we do know. And some answers may well be found in outer space, as the growing field of astrobiology includes those who believe that viruses may, in fact, have come from outer space. In fact, one controversial claim is that influenza itself was seeded by dust from comets passing near the earth, some perhaps even eons ago.

Others are scouring the heavens and heavenly bodies for extraterrestrial viruses which could, if discovered, provide proof of life on other planets.

Meanwhile, back on earth we are busy harnessing the strange abilities of viruses for our own ends. Given that these sneaky little packages of genetic material are very good at unlocking cells to deliver their payload, scientists are aiming to create treatments for diseases like Huntington’s, which is caused by an error in the genetic code, by using redesigned viruses to deliver a “corrective” dose exactly where it is required.

In practice, this is even cooler than it sounds: a young girl called Emma, who suffered from leukemia, was treated by having her blood cells “infected” by a specially modified virus of the same family as the HIV virus (yes, that’s right) and then re-injected into her bloodstream. Her cancer went into remission. Less spectacular, yet no less promising, is the research being done on Bacteriophage viruses, which infect and destroy specific bacteria, and the day perhaps isn’t far that viruses, long reviled as scourges, may well be hailed as saviours.