Mystic Mantra: Let the world be your oyster

Rajgopal Nidamboor
The writer is a wellness physician, independent researcher and author. 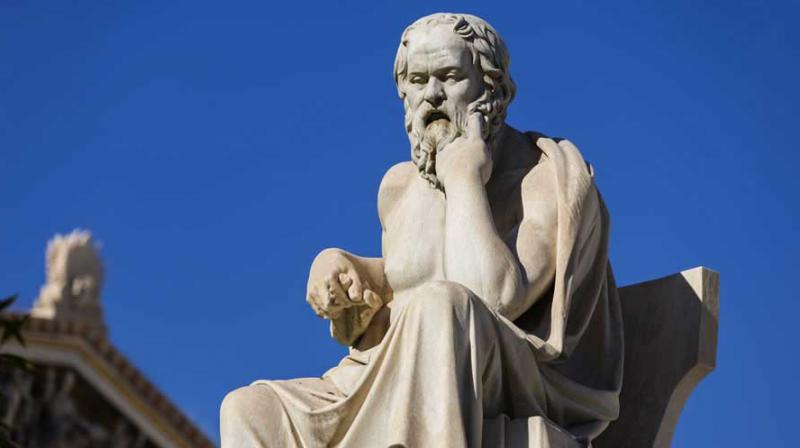 The good old philosophers Plato and Aristotle intoned their ethical standpoint, or metaphysical thought, within Greece, where they lived. Yet, the best part was their universal intellectual reach, or expanse. They moulded a vast, all-embracing philosophical epitome, never before personified — in ancient Greece, or elsewhere — although they may not have had a ghost of an idea as to what the ethos was in distant lands. They’d have also eloquently called themselves “citizens of the world” or global citizens — a far-sighted axiom that strongly emerged in Greek writings in the 4th century BC. This bid fair to the expression “cosmopolitan” — or citizen of the world. While the Greek Stoics later elaborated the concept, the word “cosmopolitanism” in its simplistic form propositions all that belongs to a single community within its ethical obligations. Modern scholars define the doctrine as the planetary, or global, also “glocal” tipping point of our civilisation.

This idea of “one world” is nothing but the augmentation of a great feeling, or sentiment, of our time — notwithstanding escalating chaos, conflict or divide. It reflects the perennial truth, or silver lining, in the midst of lies, sheer lies and damned lies. It is also, in reality, no magic potion or balm — or a “think-big” idea of a towering individual logician, or theorist, who has arrived at the cusp of nirvana, absolute truth, or ethics. The German philosopher Immanuel Kant suggested that such a précis represented a rational foundation or fabric for each of us within the framework of own environment — including our own “mindful” sensor.

Kant’s seminal view provides us with thoughtful, also balanced, nourishment for our own instinct, or intuition — irrespective of our depth, or lack of intellect, or learning, aside from our ability to build upon a foundation above or beneath science. You’d call this credo as being present in the moment, or the past — even when such appearances are fuzzy and not fully apparent in our minds. This brings us to a weighty pedestal — one that is all too expansive, also all-encompassing, despite the fact that not all ethical theories provide the window to the whole context of a good, happy life, or something that may be embraced, or accepted, pronto by a vast majority of people in a given state, country or community.

The philosopher Socrates set the record straight. He believed that our character depended primarily on harmony. When we want to be happy, as he emphasised, we will predictably do what is moral — if we know what it is. He also thought that happiness, in effect, is achieved by surmounting ignorance and depravity within our souls and replacing them with knowledge, wisdom and uprightness for a higher purpose — wherever we live, or intend to live.