A layman’s guide to Article 35A

There are provisions in the J&K law that are obviously discriminatory against women. 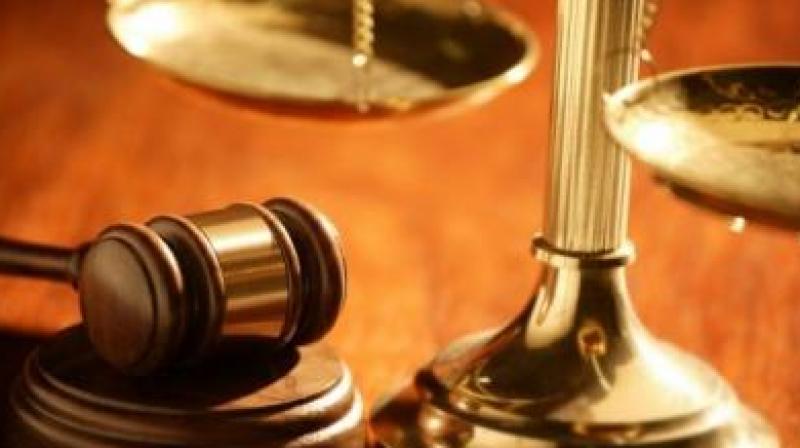 Laws made by states also must be in conformity with the Constitution of India. (Representational image)

What is Article 35A of the Constitution of India and why do groups of Kashmiri politicians — otherwise sworn enemies — seem to unite on this issue? And why has this question assumed importance suddenly?

That provision relates exclusively to Jammu and Kashmir, a state that is otherwise in the news every day for the wrong reasons. A section of Kashmiris are agitated because they fear that the Supreme Court may soon answer the question of the validity of this provision that has been in force since May 1954 — but strangely not to be found in any book on the Indian Constitution. And the fear of agitated Kashmiris is that if the petitioners before the court succeed, the existing licence to pass arbitrary laws defining “Permanent Residents” will expire.

Article 35A was sought to be inserted in to the Indian Constitution by a presidential order of 1954 passed under Article 370 that authorises him to notify which of the provisions of the Indian Constitution would apply to Jammu and Kashmir and with what modifications. That article has the heading “Saving of laws with respect to permanent residents and their rights”. It provides that any law made by the state of J&K defining who can be regarded as “permanent residents of the state” entitled to special privileges and rights in respect of enumerated items like right to be employed by the state, own immovable property or settle in the state or receive state grants like scholarship — cannot be questioned on the ground that it is arbitrary, discriminatory or that they are opposed to the other fundamental rights that guarantee every citizen the freedom to settle down in any part of India. In fact, the article under consideration is a restriction on the fundamental rights of “other citizens”.

There are provisions in the J&K law that are obviously discriminatory against women. The relevant rule for dealing with application for grant of permanent resident certificate reads: “Any person who fulfils the above conditions can apply for PRC, except any woman who is married outside the state”.

A news item of August 13, 2013 relating to a proceeding before the J&K high court is revealing and it reads: “Parabhjit Kour Modi, who has been continuously living and working here after her marriage, along with her non-J&K resident husband and two children, has approached the court with the prayer that Section 6 of the State Constitution be declared ultra vires of the Constitution of India.”

She challenged the government’s contention that permanent resident status was restricted by the Constitution to only the woman petitioner. Legally and technically, her children are the children of her husband who is from a different state and is not entitled to the permanent resident certificate or the benefits consequent thereupon.

The news report proceeds to narrate that the advocate-general of J&K had already ruled against two identical lady applicants who, much like Prabhjit Kour, had lived in Ganderbal and Sopore after marrying non-J&K husbands.

Both the women were Kashmiri Muslims and permanent residents of the state but their husbands are Bihari Muslims. They have lived and raised their families here over the last two decades. But these women’s husbands and children are not entitled to any benefit like owning or inheriting any immovable properties conferred by law and by the Constitution of J&K on permanent residents.

One of the petitions pending before the Supreme Court is reported to be by a lady with grievance similar to the one narrated above. Under the shield of Article 35A, the law made in J&K could provide that only men born on a particular day of the week or of a particular religion can be permanent residents.

The reference was because there were two views on the subject. The full bench answered the question in favour of the daughters. To nullify this verdict the then chief minister, Mufti Mohmmad Sayeed introduced in the J&K Assembly a bill that was passed within a total of six minutes of business. It did not become a law for other reasons. But with the blanket protection under Article 35A against attacks on the ground of discrimination, nothing can be ruled out.

No other state in India enjoys such immunity. Laws made by states also must be in conformity with the Constitution of India.

It is worth noting that special provisions are made in the Constitution in respect of different states or parts thereof. Even at the inception of the Constitution special provisions were made in respect of northeastern and other states under Schedules 5 and 6. Articles 371 A to J running in to several printed pages were added through periodical amendments to meet the special needs of different states; none of them has created controversy because they do not promote a cloistered society immune from constitutional scrutiny.

Even without the protection of Article 35A, laws conforming to the Constitution of India can be made to protect local interests — but the comfort provided under the licence to act arbitrarily is opium to politicians — once addicted hard to live without. One may recall the days when TADA and later POTA were in force, when many in the police would invoke them even in ordinary criminal cases because the rules of evidence applicable under those statutes were helping a lazy investigator to secure assured conviction.

Perhaps a special provision to meet the needs of J&K could have been made and can be made by Parliament even now. It is to be recalled that Article 370 was added on the last working day of the Constituent Assembly as the last item without much discussion and as a temporary provision without specifying the date of expiry. Dr B.R. Ambedkar, who actively participated in all the other past proceedings, did not attend the Assembly on that day.

What is in challenge before the Supreme Court is the manner of introduction of Article 35A as a restriction on the rights of “other citizens” — other than Kashmiris who are also citizens of India — and its ability to stand the test of not destroying the “basic structure” of the Constitution of India. Both are pure questions of law not examined thus far. There is no politics involved in it and therefore the Central government’s role is restricted to — like any other party to litigation — making legal submissions. Putting pressure on the Prime Minister literally amounts to proverbial “barking at a wrong tree”.