Ever since the current AIADMK government was elected in May 2016, the state suffered from a clear leadership crisis. 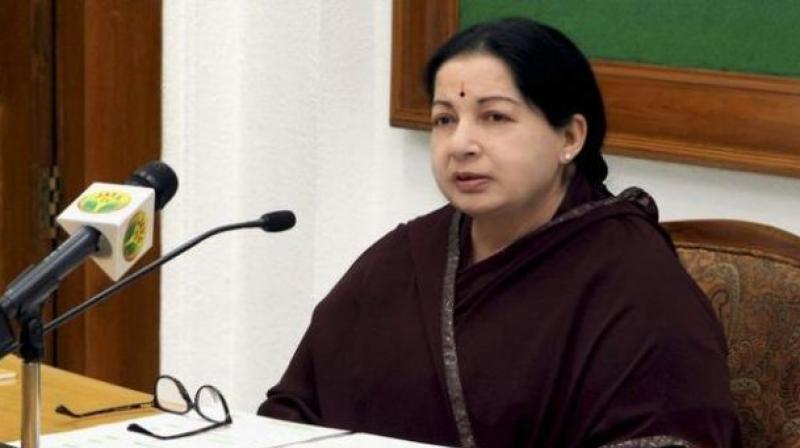 What did we do to deserve this? Everything!

With a population of close to 7.5 crores and an average literacy of just over 80% , Tamil Nadu ranks as the second largest economy of the country. The industry and agriculture combination has raised the state this far. Thanks to the bold steps of leaders of yesteryear, the state has propelled itself to its current state.

In the recent past, following the debates on demonetisation nationally, happenings in the state have hogged the limelight. The Vardah cyclone, the passing away of J. Jayalalithaa after a prolonged illness and admission in hospital plus the political crises that followed immersed the state in uncertainty. A cursory look into the affairs of the state of governance speaks of its paralysis.

The downslide is clear from its slipping to the 18th position in ease of doing business in the country. Ever since the current AIADMK government was elected in May 2016, the state suffered from a clear leadership crisis. In fact, it started with the conviction of Jayalalithaa and her being set free by the courts. The interim CM and the ministries never functioned at full efficiency.

The appointment of retired administrative officers and recycling of retired personnel, non-appointment of officials to vital posts and delays in finding new and capable people is just one indicator of the slide. It is not a matter of not being able to find the right kind of people, it seems like the right kind of people don't come from the desired communities and the people from the desired communities do not seem to have the right kind of money. The entire set-up is reduced to a costly economic enterprise that is compounded with caste and polluted with corruption.

It is in this light that the state leadership has to be seen. The judgement of Justice Cunha came out convicting Jayalalithaa. The members of her party were so upset and the new CM and his colleagues wept bitterly in their swearing-in ceremony. In the appeal, the High Court acquitted her and three others and got back to power, fought the poll and won it as well.

The victory did not ensure her position as chief minister of the state. Ill health forced her out and Mr O. Paneerselvam was vested with the responsibilities of the CM. The drama unfolded after the demise of Ms Jayalalithaa with the general body of AIADMK electing Ms VK Sasikala as the general secretary of the party. Earlier, in 2011, she was sent out of the party by Ms J.Jayalalithaa and gave an unconditional apology and promised to sever all links with her family and pleaded for forgiveness. Accepting her apology and remorse she was taken back into Poes Garden. In the letter of apology, Ms VK Sasikala had mentioned that she had to aspirations to rise in the party leadership. What has happened since then is clearly not surprising given her background. Her ascent to power and glory seems to be clearly charted. The number of companies and the family ties that control almost every institution of the state tells its own tale. Taking over party was the most important move to protect the family interests. The party ended with the judgement of the Supreme Court. It upheld the judgement of the trial court and sent Ms VK Sasikala and her associates back to prison in Bengaluru.

What transpired in between is quite interesting. First, the sitting CM, O. Paneerselvam had to resign. The motive was that V.K. Sasikala wanted to be the CM. The non availability of the Governor, the proximity to the judgement of the Supreme Court and the rebellion of the caretaker chief minister stood in her way.

With much drama of taking 124 elected members to a luxury resort for over a week, trying to negotiate a deal with the Governor, and finally ending up in jail has not stopped the action. With the judgment, the chief ministerial dreams of Ms VK Sasikala came to an end. She chose her ultra loyalist Edappadi K. Palaniswamy as her chief ministerial candidate. He is famous for his role as the minister of public works where he is said to have amassed wealth using his position. The allegations against him keep pouring in.  As Ms VK Sasikala was to enter the prison, she appointed Mr Dinakaran as the party's deputy general secretary, a post given specifically to protect the interest of the family.

While looking at all this, there are a few questions that arise in the minds of the ordinary, educated public of Tamil Nadu.  It is also a bit more troubling to see the photos and images of the previous Chief Minister Ms J. Jayalalithaa in almost all the government websites, government schemes and posters, completely forgetting the fact that she too stood convicted and if she had been alive, she would have had to serve the prison sentence as well.

The role of the opportunists who are in the opposition parties and those political aspirants is not in any way less concerning. They simply seemed to have fanned the flames than address the issues at stake. The state of Tamil Nadu is in perpetual crises. Economically, debts are hanging over the head like the sword of Damocles. The agrarian crises, the acute water shortage, unemployment, inability to attract new investments, extravagantly populist schemes, alcoholism, caste divide and so on are staring the state in the face and there is no semblance of governance with any sort of accountability.

The opposition has neither come out strongly against any of these issues, nor are they interested in addressing them. They could have played a more constructive role in taking a proactive part in strengthening the systems by asking relevant questions and holding the government responsible for the political crises.

The gathering of the youth in Marina just after Pongal was precisely against such a lack of mechanisms and not just for Jallikattu. It was a demonstration of youth power. Only such displays followed by direct action can deal with the institutionalised sycophancy and cacophony.  The people of the state should come out openly and voice their concerns not only during the elections but at every opportunity possible. Luckily, some parts of the media are still making the space available to debate and discuss these issues.

It is important to not only to air out views but build public pressure. After all, Tamil Nadu taught the world about local governance 1,300 years ago. The inscriptions of Uthiramerur clearly outline the character and basic requirements for a person in public office. Though some of it is pertinent only to a community, a modification will help in the process rethinking the way we choose our leaders.