Zuma’s exit: Will it herald change in Africa?

South Africa, we must remember, has one of the highest inequalities in the world as well as an appalling rate of joblessness. 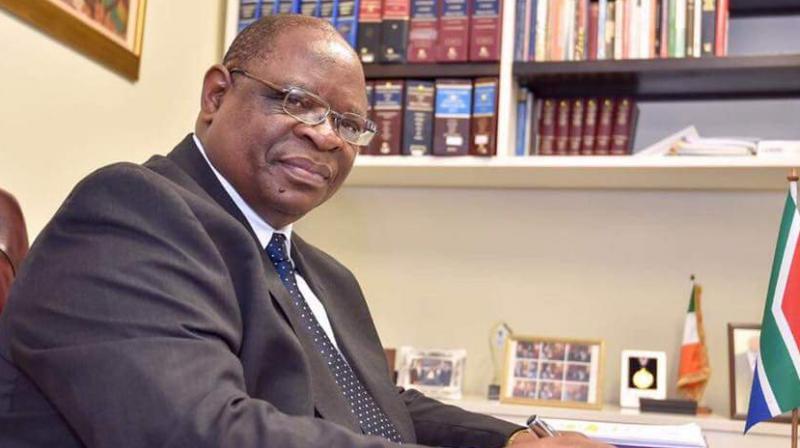 Is Jacob Zuma’s dramatic sacking as South Africa’s President last week a harbinger of change in Africa, with turmoil roiling several countries? We have seen the saga of the so-called lifetime presidency of Robert Mugabe in neighbouring Zimbabwe, his brave opponent Morgan Tsvangirai having just fallen a victim to cancer. Ethiopia is again on the boil, but it is South Africa, the continent’s most modern and advanced economy, that holds the key to change.

It has not been unusual to see independence movements go to seed as personal ambition and an obsession with achieving power and pelf make dictators out of men. But in Mr Zuma’s case, charges of corruption were never fully cleared up, whether in refurbishing his property at state expense or in the shortcuts he took to subvert the rule of law.

Mr Zuma finally fell victim to the wiles of the Gupta brothers, who were running a parallel administration with the help of the Zuma family, distributing favours along the way. His successor, Cyril Ramaphosa, a wealthy businessman to boot, is starting on the right note, but has an immense task ahead of him to take the African National Congress with him without creating any new divisions.

The one black mark against him is his role in the Marikana massacre of miners six years ago. His justification is that he did what he had to in order to stop the carnage. Mr Ramaphosa is a negotiator and conciliator and narrowly won the ANC presidency in December last year.

South Africa, we must remember, has one of the highest inequalities in the world as well as an appalling rate of joblessness. Any substantial change will take time and it remains to be seen how soon the new President can begin tackling the nuts and bolts of the problem.

Although in a weakened state, the African National Congress remains the most powerful political organisation in the country. Some Opposition parties, which boycotted Parliament, had made the pertinent point that the resignation of Mr Zuma at the behest of the ANC leadership must be followed by a new election, but the issue was swiftly wrapped up, with Mr Ramaphosa displaying wit and graciousness in accepting his new responsibilities.

The larger question to ask is whether Africans finally have found their voice to say enough is enough, and to seek new ways of governance. For one thing, the days of the Mugabes are over, and although most African nations have a long way to go, they are beginning to take the first baby steps to ensure representative government.

Take Zimbabwe. Knowing that the white farmers had created a granary in the country, the confiscation of their farms led to ruin. The authorities are now offering 99-year leases to the white farmers once again.

Everyone agrees that the African continent has vast potential, but there is a huge problem in translating that dream into reality. This is the hard slog as the administrative structure is often missing through disuse or sabotage. Yet never before have so many people in Africa expressed their collective wish for change.

The winds of change have even reached Tunisia, the only success story of the Arab Spring, ultimately disappointing as the sum total of happiness. What form the Tunisian agitation will take remains to be seen.

The anachronism is that much of the Middle East is fighting old battles. Egypt’s is the classic case of banning the Muslim Brotherhood and ensuring the political longevity of President Abdel Fattah el-Sisi in a political environment that is said to be worse than it was in the days of Hosni Mubarak.

Will Africa now emerge as the standard bearer of change? Indeed, Mr Ramaphosa has a heavy responsibility not only for his country but to take the continent towards a more representative and equal society. That the people of Africa are saying that they have had enough is a good sign, but their energies should be directed at constructive solutions rather than ill-directed rage.

During my visits to Africa, I found many thinking people seeking answers to the perennial problems of finding a new direction to their countries’ problem-solving abilities, without much success. But the shock sacking of Mr Zuma will rejuvenate many in political circles that miracles are possible.

There will no doubt be many others who will join Mr Mugabe and Mr Zuma on the scrapheap of African history, as more and more people read the signs of the day, and begin to translate them into action. Those in line for dynastic rule will be sorry to have missed the boat.

Judging by the new temper of the people of Africa, a new crop of young political workers must come forward to take power from an older generation represented by Mr Ramaphosa. But it is essential for them to get the grounding in a new Africa.

South Africa has lost nine years under Mr Zuma’s rule, which was marked by vicissitudes and cutting corners. The time has now come for some solid work to put the country truly on the economic and political map of the world. Surely, the country of Nelson Mandela deserves much better. He could have been President for life, but he chose to be a democrat.

Mr Ramaphosa, over to you. You have great responsibilities to your people, to your country and to the entire African continent. The world wishes you well.