Brexit is past: We are now divided by Megxit

People are totally divided over whether Meghan is an angel or a devil. 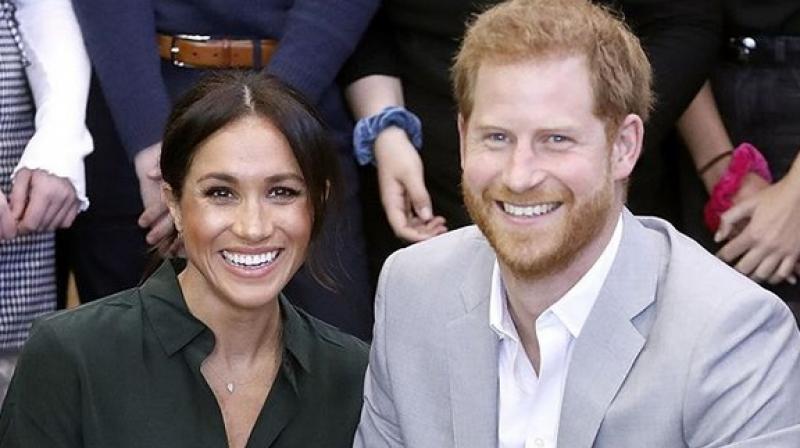 How seriously should we take the media? And how seriously should the media take itself? Should it be hysterical and intrusive, or calm and inclusive? These have been some of the questions raised by the event that has overshadowed Brexit: Megxit (as it has been so unelegantly called). Was this a storm waiting to happen, or was it the fault of another dratted American divorcee yet again?

The exit of Meghan and Harry, the soon-to-be-former Duchess and Duke of Sussex, to another country to escape the media glare, the giving up of their titles, and now their offer to pay for the refurbishment of their home in UK, Frogmore House, is not just a storm in an ongoing reality show. It also speaks about the enormous difficulty of maintaining majestic dignity in the face of constant social media assaults. Who needs the Kardashians, when we have the Windsors? Brexit is past. We are now divided by Megxit.

The tabloids have had a love-hate relationship with royalty, that is nothing new. It is only the Queen that they adore; though even her mystique has been dented worldwide with the airing of The Crown. But no one could have anticipated the extent of the current crisis. I have to say one is feeling rather sorry for Meghan, Harry and little Archie. To have to leave their homes to get peace of mind has been difficult enough, but it seems the tabloids will still not back off. There is little acknowledgment of the bullying behaviour they have indulged in. Anyone who has been trolled and abused will understand. To be subject to this constant barrage for a young mother would have been scary.

The Sussexes kept trying to find refuge for the past one year; by physically removing themselves from London and shifting to Frogmore, by not appearing in public than was strictly necessary, by even disappearing over Christmas. Harry still carries scars of what happened to his mother, because no matter how far she ran, there was always a camera spying on her.

Yet instead of a deep introspection, and the drawing up of new rules by the media regulatory authority, the tabloids have further turned it into an Ekta Kapoor serial. Or a game of Let’s Blame The Bride, because she is alienating her young husband from his family, while the grandmother is stoic as she tells the country she will bear up. People are totally divided over whether Meghan is an angel or a devil. A fierce quarrel erupted on BBC Question Time last Friday between the actor Laurence Fox and a guest on the show, academic Rachel Boyle, who called him a white privileged man for criticising Meghan. He tweeted later that he was “drinking all of these leftist tears” nonchalantly.

There is even a court scene coming in the near future with the young royals facing the Daily Mail in an explosive case. Her estranged father will appear against her and for the tabloid she is suing. For a climax to a TV serial you could not do better.

But where will they go and settle? Canada has been rumoured as a destination. When they were last there, Justin Trudeau said “Come back again anytime.” The Canadian high commission treated them to a dinner and served them their favourite chocolate dessert from Vancouver Island, possibly their intended Canadian home. Now that it could become a reality, Canadian newspapers have launched their own war. The largest selling newspaper, Globe, has raised the issue of who is going to pay for their security. Not Canada, it says. But then, it has been suggested that Harry could be appointed governor-general of Canada (for life?). That will solve problems of who pays for their security and also give an income to suit their style. Meanwhile, the erstwhile royals will need jobs: Meghan will no doubt return to the world of show business and is already doing a voiceover (where the proceeds will go to charity) and Harry will have to find a job suitable for an ex-royal.

The really serious charge is that Meghan quit because of racism. Could that have been the case, apart from the constant media intrusion into her life? I find this a little problematic — because whilst one has not personally experienced it, I know that some people still find the UK a racist nation, even as you climb higher into more and more protected and privileged circles. But this is not unusual in situations where power is held by a few. A conservative royal household which runs on tradition may have been stifling for an outsider.

Despite the challenges, the young couple has handled their departure from the royal household frontline as best they could. They are obviously keen to bring up their young son in a less frenetic environment. However, they will have sacrificed a lot — a regular and large income, a luxurious life, endless publicity, and the undoubted love from many of the British people. Thus, instead of indulging in outrage and criticism, the tabloids and social media ranters should consider toning down their pursuit of celebrity gossip. They must learn to draw the line between private and public space. And perhaps stricter government rules need to be drawn up on how to treat the UK’s best known brand, the royals.