In a changing world, it’s vital people continue to use their mother tongue

M J Warsi
The writer is a well-known linguist, author and columnist. He may be reached at warsimj@gmail.com

The beauty of academic education is that the majority of it comes from books that can be more easily produced in areas with greater resources. 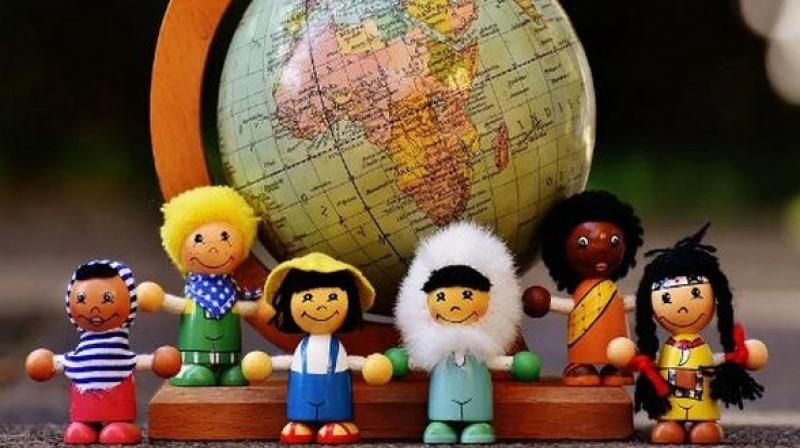 To promote awareness of linguistic and cultural diversity and to promote social and multilingual identity, International Mother Tongue Day has been celebrated every year on February 21 since 1990, after the declaration by the United Nations to recognise the sacrifices of people who lost their lives for the sake of their mother tongue in Bangladesh. (Photo: ANI)

To promote awareness of linguistic and cultural diversity and to promote social and multilingual identity, International Mother Tongue Day has been celebrated every year on February 21 since 1990, after the declaration by the United Nations to recognise the sacrifices of people who lost their lives for the sake of their mother tongue in Bangladesh. To every one of us, mother language is one of the most precious gifts that we have in our lives. Each and every language spoken throughout the globe represents a unique and distinct cultural heritage, melodious songs, colourful environment, tasty food and a healthy society to live in, where people express their feelings and emotions without any hesitation. “Fifty per cent of the world’s out-of-school children live in communities where the language of schooling is rarely, if ever, used at home” (Malone). This is perhaps one of the most astounding figures about second language education. Schools have tried to tackle the problem by going to the families of these children for help in having students gain comfort with a second language for their own learning. They ask the parents of students to use the second language at home so they are more comfortable with it in school. This does more harm than good for reasons other than a second language being much harder to learn in regardless of copious levels of effort put in to learn it. In the types of developing areas where this is a major problem, there frequently aren’t the resources to prepare students on this level so their efforts are futile in that sense. They also cause a rift between families and their native languages in a wholly unnecessary way. Families feel alienated from their mother tongue simply because the school gives the impression they should feel this way. By propagating this attitude, these school systems are essentially destroying the diverse culture and background of human nature that makes our species so great.

Many different languages and dialects spoken throughout the globe reflect how history and culture have shaped the ways in which people speak, think and reflect today. The language or mother tongue that we learn since our childhood helps to link new generations to the past which is part of our cultural and plural-lingual heritage. It is a well known fact that everyone had a language that they grew up speaking, and a good proportion of the world spoke more than one language, but the idea that someone would regularly have to be taught in a language that wasn’t native to them had never occurred previously. “This was, undoubtedly, exacerbated by the fact that I never made significant strides towards becoming fluent in another language. The closest I had ever come was a “working proficiency” in Spanish during my junior year of high school. When I think back on my perspective on this subject in the context of my parents, their accents never bothered me because I had just always been so used to them”, said a 21-year-old, one of my former students Tej at Washington University in St. Louis, USA. As said by Leanne Hinton, a professor of linguistics at University of California at Berkeley, in Mother Tongue-Based Multilingual Education: “More broadly, the loss of language is part of the loss of whole cultures and knowledge systems, including philosophical systems, oral, literary and musical traditions, environmental knowledge systems, medical knowledge and important cultural practices and artistic skills. The world stands to lose an important part of the sum of human knowledge whenever a language stops being used. Just as the human species is putting itself in danger through the destruction of species diversity, so might we be in danger from the destruction of the diversity of knowledge systems”. These problems are hard to fix. If one were to approach an educator and tell them to try to fix the problems themselves, the educator will frequently point to a lack of resources to be able to do this. Nevertheless, a greater effort must be made by educators to learn sympathy for the mother tongue of their students if different than their own.

The beauty of academic education is that the majority of it comes from books that can be more easily produced in areas with greater resources. It’s on many of the educators in these parts of the world who are multilingual to produce orthographical and instructional materials for use in these developing areas. Given the resource crisis in the developing world, this is likely to be one of the most practical solutions. Children in developing areas have the thirst for knowledge — we must do what we can to satiate it. When students leave the environment of a classroom where the objective is to learn a particular language to an environment where they are fully capable of including everyone in it. By speaking their mother tongue on campus, either by choice or subconsciously, they are including everyone else on campus into their conversation and essentially into their friends’ circle. This attitude of speaking their mother tongue when they have the choice to speak in this universal language may be beneficial from the teaching standpoint, but also from the social and cultural point of view.

Mother tongue refers to a person’s native language, that is, a language learned from birth. It’s clear we must strive to reform the systems that educate the youth to further the quality of learning in the first language or mother tongue and to inspire solidarity based on understanding, tolerance, dialogue and discussion. Maintaining and retaining the languages of ethnic and cultural groups is critical for the preservation of cultural heritage and identity. Using one’s mother tongue at home will make it easier for speakers to be more comfortable with their own linguistic and cultural identity.