Replete with divine bounties and spiritual blessings, Shab-e-Bar’at assumes a great festive flavour in India with fireworks and lighting of homes. 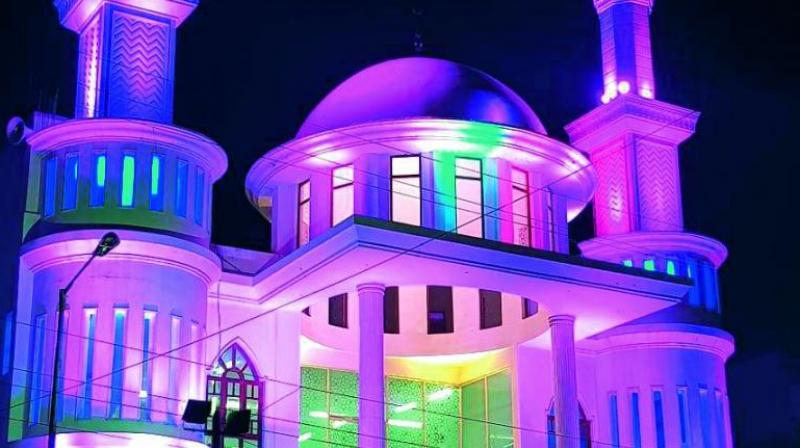 Replete with divine bounties and spiritual blessings, Shab-e-Bar’at assumes a great festive flavour in India with fireworks and lighting of homes.(Photo: Representational Image)

One of the multicultural mystical celebrations in India — Shab-e-Bar’at — is forthcoming. It is known only in the Indian subcontinent as “Shab-e-Bar’at” which are Persian words meaning the night of pardon or general forgiveness. In Arabic, Bar’at also means: deliverance from errors or sins. Thus, Arabs call this occasion “Laylat ul Bar’at”, the night that they believe the Almighty descends from heaven and forgives all sinners very generously.

This year, Shab-e-Bar’at will be celebrated on the 20th of April. In fact, Lailatul Bar’at or Shab-e-Bar’at occurs in the middle of the ongoing Islamic month, Sha’ban, the month before Ramazan. The one-night celebration mainly includes supplications and invocations to Allah and Darood-o-Salam (peace greetings) upon Prophet Muhammad (PBUH). Throughout the night, seekers and worshippers ask for divine forgiveness after they have sought pardon from their relatives, neighbours and all acquaintances. Scores of people attend the mosques and recite the Quran in order to make a great deal of supplication to the Almighty. This is why the 15th night of Sha’ban is believed to be so special for Muslims, particularly in the Indian subcontinent.

Replete with divine bounties and spiritual blessings, Shab-e-Bar’at assumes a great festive flavour in India with fireworks and lighting of homes. Epitomising the special mercy of God bestowed on this night, the clusters of decorated houses look very beautiful in the shimmering lights. Customary practices like preparing halwa (Indian sweets), offering Nazar-o-Niaz (charity food) to the poor and keeping awake throughout the night, praying until the predawn prayer (Fajr), are integral parts of the Shab-e-Bar’at. People with a good festive spirit in India add to their delights by arranging sweets and sending them to their relatives and friends. Some people organise delicious feasts and invite others to their houses. Thus, they try, especially on this night, to maintain bonds of kinship from their entire life, as Imam Bukhari reports the Prophet to have said: “Whoever believes in God and the Last Day, should maintain the bonds of kinship”.

Many believe that it is an “innovation” (bid’at) to celebrate the Shab-e-Bar’at, as they think Prophet Muhammad and many of his companions and their successors did not observe it. But it should be patently clear that bid’at or innovation in Islam is of two kinds: bid’at-e-hasana (noble innovation) and bid’at syyi’a (erroneous innovation). Any innovation which violates any basic Islamic tenet like Taqwa (God-consciousness), Amana (trustworthiness) and Sadaqa (truthfulness), is bid’at Syyi’a. But if something does not conflict with them, or rather corroborates some of these principles, it is bid’at hasana. The multicultural celebration of Shab-e-Bar’at is one such noble innovation in Islam.

An authentic Hadith reported in Mishkat relays: “He who sets a good precedent in Islam, there is reward for him for this (act of goodness) and a reward for those who act according to it subsequently, without any deduction from their rewards and he who sets in Islam an evil precedent there is upon him the burden of that as well as the burden of those who act upon it subsequently, without any deduction from their burdens.”

Several authentic hadith traditions state that on this night God writes the destiny of all living creatures for the upcoming year.