Understandably, both Pakistan’s and China’s common interest in J&K originates from the “enemy’s enemy” theory. 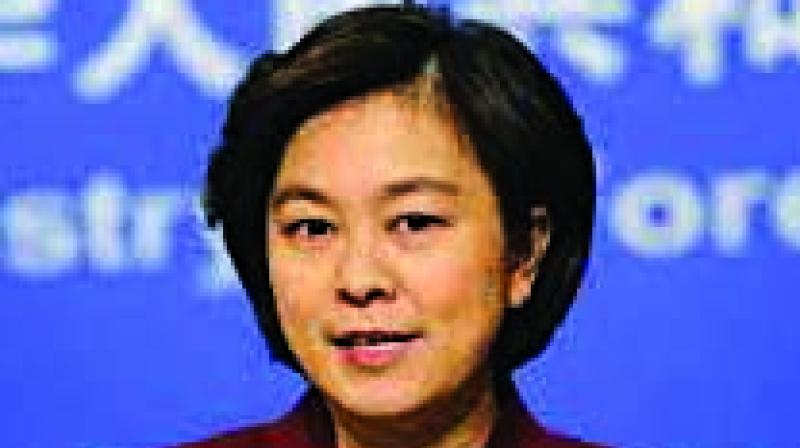 The UN Security Council’s informal session on Kashmir on Friday last was both good and bad news for India. Good, because most nations other than China stood up for India, referring to it as a “bilateral” issue. But it was also bad, as China yet again showed its colours, playing a brazen anti-India card, referring to J&K as an “internationally recognised dispute”. What’s deplorable is that China publicly trampled upon the much-hyped bilateral “Wuhan spirit” at the UN, which amounted to open humiliation for India.

Pakistan’s old slogan of “Kashmir is in the jugular veins of every Pakistani” has, however, run stale. The newfound interest in Kashmir by US President Donald Trump is a calculated gallery show meant to impress. China’s consistency is unabated, but India refuses to learn. This despite Beijing’s explicit declaration, just before external affairs minister S. Jaishankar’s visit, that in its view New Delhi’s actions over its own internal affairs was “not acceptable”. China bulldozes as a third party deep inside J&K. This grossly illegal Chinese claim goes well beyond the Sino-Indian territorial dispute on delimitation of the boundary/border. In Beijing’s view, no internal act on J&K should take place without China’s involvement.

Understandably, both Pakistan’s and China’s common interest in J&K originates from the “enemy’s enemy” theory. Nevertheless, the bull-headed Sino-Pakistani axis still needs some understanding of the law, as enshrined in the Constitution of India. Else, it would amount to building useless and pointless Sino-Pakistani castles in the air. Articles 2, 3 and 4 of the Constitution are the lawmaking powers of the Indian Parliament. Article 2: “Parliament may by law admit into the Union, or establish, a new state on such terms and conditions as it thinks fit.” (Goa, Sikkim).

Article 4 (1): “Any law referred to in Article 2 or Article 3 shall... give effect to the provisions of the law... as Parliament may deem necessary.”

Thus, empowered by the Constitution, Parliament in its collective wisdom reorganised the political and legal status of J&K on Monday, August 5. Significantly, by doing so, neither the state nor its organs thereof violated the territorial locus of anyone. No border was crossed. No Line of Actual Control was violated.

Thus, it’s India’s Parliament which has done what it has done, being the supreme lawmaker of the land, sanctified by the Constitution. Whether the law passed by Parliament is right or wrong, ethical or unethical, applicable or inapplicable, it’s none of China’s concern, being an internal matter of India and its citizens. It’s up to the Indian judiciary to deliver a verdict and interpret the law of the land, should the need arise.

It’s not clear what exactly was “not acceptable” to China. The Indian Constitution? The executive or the legislature? The handwriting or the signature of the President of India? Hua Chunying, of the Chinese foreign ministry, vaguely referred to “the boundary question”, thereby implying the Sino-Indian border in eastern J&K (now the Union territory of Ladakh).

What’s China worried about? Who violated the Indian border in (then) eastern J&K in the 1950s? Forcibly entering and occupying large chunks of Ladakh’s Aksai Chin? Again, who forcibly entered the western part of (then) J&K and conducted a brazenly illegal act by concluding the Sino-Pakistani agreement in 1963? Despite knowing well that under no stretch of imagination could J&K have had anything to do with the dragon’s claim thereon? Should China be given an authentic history lesson?

In 1809, 210 years ago, Maharaja Ranjit Singh conquered Jammu, and then Kashmir in 1819. China was nowhere near J&K then. The British too were far from it, having just emerged from a pyrrhic victory against Nepal in 1817. Subsequently, Ranjit Singh named Gulab Singh, governor of Kashmir in 1822, who in turn sent his general, Zorawar Singh, to conquer Tibet’s Kailash-Mansarovar axis. Zorawar died fighting (after a logistics failure) in 1841 in Tibet, not too far from the holy mountain and lake.

Fast forward to November 1846. Kashmir is a full-fledged princely state in India under Gulab Singh, whose successors were Ranbir (1856-1885); Pratap (1885-1925) and nephew Hari Singh (1925-1947), who legally signed the “Instrument of Accession of J&K state” — on Sunday, October 26, 1947 — with India. What does the accession document reveal? Hari Singh “Jammu Kashmir Naresh tatha Tibbet...”. How then should China react? On the Sino-Indian border delimitation? Is Tibet a part of India or Ladakh a part of China?

We know there are three overlapping zigzag “lines” on the Sino-Indian border in J&K/Tibet. The MacCartney-McDonald Line; the Johnson-Ardagh line and the Foreign Office Line 1873. The entire issue regarding the delimitation of the Sino-Indian border/frontier is bogged down. But, as a lawyer, I have a point to raise. Why not go by the map of J&K, as on the day J&K signed the Instrument of Accession to India on October 26, 1947? The map on the basis of which Hari Singh signed the Instrument of Accession?

It’s obvious that from 1846, when J&K state began its journey under Gulab Singh, till 1947, when Hari Singh joined India, not much changed in Ladakh (a part of Kashmir state) and Tibet. Hence, one would like to submit that, to counter the Chinese claim, and its highly objectionable warning to India on the “border”, and its nasty tricks at the UN, India should show (and publicise) the original 1947 map of J&K. True, it’s easier said than done — mainly because of China’s parrot-like hostile linguistic jargon: “China will never yield, and not an inch of land will be surrendered to anyone.”

Let things, therefore, be reiterated. From every angle, if Tibet is Chinese, Balochistan is Pakistani, J&K (now Union territories of J&K and Ladakh), has always been, and is an inalienable and inseparable part of India. Neither Pakistan nor China need try make this an issue. Let Pakistan and China look into their own countless internal faultlines.

China’s stand at the UN is, therefore, deplorable. The malicious two-pronged attack of China is unacceptable. On the Indian territory of J&K, China wants a pie; while in trade it wants a bigger pie. How does China have the audacity to give a stern warning on Huawei’s entry into India’s markets? And the threat of “reverse sanctions” on Indian companies that operate in China! It may have forgotten that compared to the number of Chinese companies operating in India, those from India operating in China miniscule. Who then will be the bigger loser: China or India?

The Chinese are mixing up their lucrative one-way profitable trade in India with that of claiming a part of what was earlier J&K state, a part of India, as their own. It would be advisable for China to keep off Kashmir.

The writer, an alumnus of the National Defence College, is author of China in India. The views expressed here are personal.