Opinion   Oped  22 Jan 2018  Of the Beatles, an ashram in Rishikesh and would-be royals
Opinion, Oped

Of the Beatles, an ashram in Rishikesh and would-be royals

It is now 50 years since the Beatles came to Rishikesh to Maharishi Mahesh Yogi’s ashram. 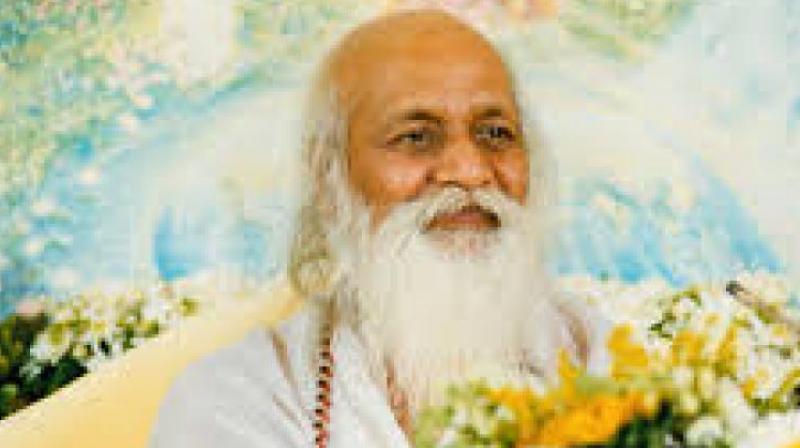 Ob la di, Ob la da, life goes on… and here is another reminder of how fast time flies! It is now 50 years since the Beatles came to Rishikesh to Maharishi Mahesh Yogi’s ashram. Fifty years later, an exhibition of photographs has been put together to recollect those historic moments at the Beatles’ Story museum at Liverpool. These were taken by Paul Saltzman, a Canadian who had also come to the ashram after his girlfriend had jilted him. Whilst there he mingled with the Beatles and their entourage which included the four Beatles — Ringo Starr, Paul McCartney, George Harrison and John Lennon — as well as their wives and girlfriends. In fact, Saltzman’s photographs will be supported by the memories of the former Mrs George Harrison, Pattie Boyd, who was also there at the time.

Looking at some of the photographs now one realises how much Maharishi Mahesh Yogi had impacted not just the Beatles, but the music of the times — as the biggest and most famous group in the world headed for his ashram and stayed there. This interest in India and the subsequent journey led to the Beatles’ interaction with Pandit Ravi Shankar as well. Mahesh Yogi is a forgotten man today — but it was he who first broke into popular culture with the concept of TM, or Transcendental Meditation, which he taught at centres at Los Angeles and London. It is reported that he charged (in those days!) around £2,500 for a five-day course! Of course this would mean that only the elite could afford it — but nonetheless it made TM a worldwide brand, and the Yogi a rich man.

As the exhibition opens in Liverpool in mid-February, one wishes we could work on the ashram in India as well and revive and regenerate it. Undoubtedly, this trip down the memory lane will bring many to Rishikesh, just like one sorrow-laden Canadian came 55 years ago!

Interestingly, it was Pattie Boyd who had introduced the Beatles to the Maharishi. Later, the “Maharishi” who was born Mahesh Prasad Varma also got embroiled in a few controversies as people questioned his claims that he could levitate, and similar queries came up about his credibility as a “guru”.

However, let’s not forget that he was the first guru to the “superstars” — and excellent music resulted from it. The 1960s are embedded in our minds — linked with the long-haired hippie movement, which also impacted India in a big way. Those were the days, my friends, when Lucy was in the sky with diamonds.

Meanwhile, some of the children of the Beatles are not doing too badly either — famed designer Stella McCartney was recently in the news because a coat designed by her was worn by Meghan Markle — the American actress who is soon to become a princess. It always astonishes me as to how quickly the word goes out about what the young royals (and would-be royals) are wearing — till I realised the role of the old and the new media in the process. Obviously the moment Ms Markle steps out in an outfit — the public relations machinery starts churning and hurrah! — within hours the outfit is sold out. This time on her visit to Wales with Prince Harry, Ms Markle wore a wrap black coat which was much appreciated as Ms McCartney only creates “clothes with a conscience” and does not use fur or leather. Hmmmmmm… I’m beginning to see a link between Ms McCartney’s well-known vegetarianism — and her father’s visit to the Rishikesh ashram many years ago. What do you think?

And sometimes it is only when things change, that they remain the same. Honestly, I cannot fathom foreign secretary Boris Johnson and his latest pronouncement! He does specialise in flummoxing you, doesn’t he? After all he was the biggest champion of Brexit and, some would say, that he and his ilk almost wrecked the country and the economy in the pursuit of it. But now when President Emmanuel Macron visits from France, Mr Johnson decides that he would like to see the creation of a 20-mile bridge connecting the UK and France across the channel. Oh well, I suppose he would still like more tangible links to the EU than now seems possible.

Some people have taken Mr Johnson’s suggestion seriously — though it was not formally endorsed by either Prime Minister Theresa May or President Macron. Undoubtedly, big infrastructure projects are also one way to generate employment, not just bonhomie.

Talking of bonhomie that Oscar selfie seems to have got everyone looking for an unforgettable and very crowded selfie. Prime Minister Theresa May also was part of a large group selfie, along with President Macron, following a dinner at the Victoria and Albert Museum. Undoubtedly, there were jokes doing the rounds, knowing of Mr Macron’s very welcome interest in older women or at least one older woman. But to be honest, where in the present fraught world would we place most leaders? Would President Donald Trump be at one end of the spectrum and Mr Macron at the other? Or are there many about whom we simply don’t know enough?