Opinion   Oped  22 Aug 2019  Our indifference to voting would be an outrage for the agitators of the past
Opinion, Oped

Other intellectuals, meanwhile, were positively radicalised by the rulers’ reaction. 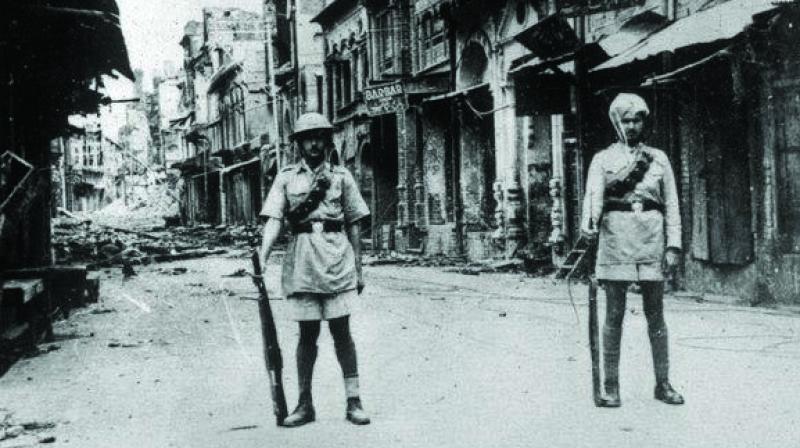 As massacres go, it was not monumental; it hardly bears comparison with, for instance, the mass murder at Jallianwala Bagh 100 years later.

Why should a massacre committed 200 years ago resonate in a Britain teetering on the edge of a no-deal Brexit, with preparations underway to cope with possible food riots and general unrest?

After all, the huge crowd that gathered in Manchester’s St Peter’s Field on Aug 16, 1819, was peacefully agitating mainly for political representation. Back then, the national Parliament was elected by only two per cent of the population, and the representatives of the richly propertied classes revelled in their ignorance about the condition of the rapidly expanding working class.

It took more than 100 years for universal adult suffrage to arrive, with incremental reforms stretching well into the 20th century. A more immediate effect of the clash in Manchester was even more stringent restrictions on popular mobilisations. Yet it was undoubtedly a shock to the system.

The organisers of the rally had ensured that none of the participants was carrying anything that could be construed as a weapon. Even walking sticks had been surrendered before a crowd of 60,000 from Manchester and neighbouring villages poured into St Peter’s Field, waving banners demanding democracy, eager to hear what the reformist orator Henry Hunt had to say. They were dressed in their Sunday best, and there were numerous women and children among a multitude that had planned on staging a protest and then having a picnic.

It did not turn out that way. Manchester’s magistrates had put the local yeomanry on standby. Seeing the size of the crowd, they read out the riot act and sent for the cavalry. The horsemen, brandishing sabres, slashed their way through the bewildered masses. The rampage left an estimated 18 people dead, including a two-year-old ripped from his mother’s arms, while more than 650 required treatment for their serious injuries. Some of the latter were permanently disabled.

The French Revolution of 1789 was no doubt fresh in the collective European memory, and the fear of a Jacobin-style rebellion may well have contributed to the panic that precipitated Peterloo — as the confrontation in Manchester soon become known, in a punning allusion to the recent battle of Waterloo.

As massacres go, it was not monumental; it hardly bears comparison with, for instance, the mass murder at Jallianwala Bagh 100 years later. Nonetheless, the very idea of British troops mowing down British people at a peaceful rally discomfited many of their compatriots. Although the then prince regent, standing in for his mad father, thanked the regular and irregular soldiers for their efforts, slightly more intellectually gifted members of the ruling class realised that ultimately such terror undermined the goal of preserving their unearned privileges.

Other intellectuals, meanwhile, were positively radicalised by the rulers’ reaction. Percy Bysshe Shelley, living in Italy at the time, relocated to his attic after hearing the news, and composed one of his most stridently political long poems, The Masque of Anarchy, which takes its cue from Manchester to reflect on wider concerns. It contains the immortal call to arms (repeatedly cited in a very different context in Fatima Bhutto’s 2018 novel The Runaways): “Rise like lions after slumber/ In unvanquishable number!/ Shake your chains to earth like dew/ Which in sleep had fallen on you:/ Ye are many — they are few.” It could not be published until more than a decade had passed, and its subtitle, Written on Occasion of the Massacre at Manchester, did not make it into print until late in the 19th century.

Shelley also produced shorter poems that took no prisoners. The sonnet, England in 1819, begins by citing: “An old, mad, blind, despised and dying King” and refers to princes as “the dregs of their dull race… mud from a muddy spring.” Even more potently, his Song to the Men of England points out: “The seed ye sow, another reaps;/ The wealth ye find, another keeps;/ The robes ye weave, another wears;/ The arms ye forge, another bears.”

He goes on to suggest: “Sow seed — but let no tyrant reap;/ Find wealth — let no impostor heap;/ Weave robes — let not the idle wear;/ Forge arms — in your defence to bear.” If that was salutary advice in 1819, it remains so 200 years later.

The tussle today is again essentially over privilege. The haves and have-nots remain the crux of the dilemma. The vote that the Manchester agitators of two centuries ago longed for is today all too often derided as a pointless exercise. Mike Leigh, who last year directed an applauded film about Peterloo, recently said: “If the guys who were here 200 years ago could get into a time machine and come forward to 2019 and discover that people have the vote and they don’t use it, they would be absolutely outraged, horrified and disgusted.”

He is surely right. On the other hand, the notion that your vote does not really make a difference has spilled over into the 21st century from the 20th, rather than the 19th.