Rishi-Sufis focused not only on spiritual pursuits but also social, economic and cultural development of the Kashmir Valley. 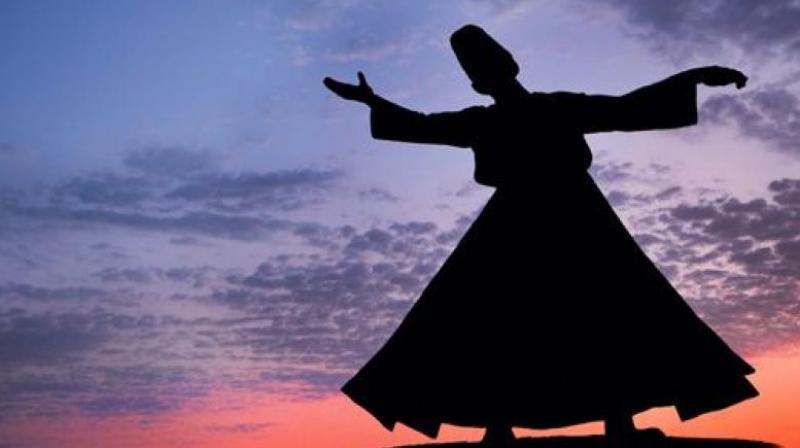 The Kashmir Valley is one of the sacrosanct places for mystics. Historically, it was the bastion of pluralism, which merged the two Indian Oceans of mysticism — Rishimat and Sufism — thus introducing “Rishi-Sufis” as harbingers of mutual respect, understanding, spiritual acceptance and non-violence.

Rich in spiritual intellect, Kashmir’s Rishi-Sufis spoke in poetry and parables to highlight the universal human trajectories. The founder of this Sufi order is believed to be the 14th-century mystic — Sheikh Noor-ud-din Wali — widely known as Nund Rishi. While Muslims revere him as Sheikh-ul-Alam (mentor of all), Hindus often call him Sahaj Anand (affectionate soul).

Born in 1377, he was bestowed with mystical moorings right from his childhood days. His foster mother was a female mystic (yogini) popularly known as Lal Ishwari among Hindus and Lal Arifa among Muslims. Holding the newborn Nund Rishi in her lap, she whispered in his ear to feed him with her milk:

Inspired by the early Kashmiri mystics, he strengthened the Valley’s syncretic culture spreading his messages in the form of verses and poetry. Most verses by Sheikh-ul-Alam or Nund Rishi foster the concept of ishq-e-haqiqi (divine love) and wisal-e-ilahi (divine union), such as these:

Oh God, you are all pervading,
You are the self in our body.
When man’s heart lights up with the flame of love,
Then shall he reach La-Makaan (no-place).
First I forgot myself and yearned after God,
Then I reached La-Makaan (highest mystical state).

Many such verses in Nund Rishi’s poetry build a deeper personal relationship with God and inevitably an innate concern for all his creations — mankind, animals, nature and environment in particular. Therefore, his poetry is popularly known as “Shrukhs” (catholicity of vision). Significantly, environmental protection and preservation of the Valley’s nature from devastation is also the thrust of his verses like this:
Extensively I toured in jungles through kail trees,
The warmth of June touched adversely the delicacy of jasmine,
Distinct are not the pearls to the moisture,
Mere touch shall damage delicacy of diamond,
Sooner the flame of tulips shall extinguish,
The evening occasions but the drowsiness of slumber.

Sheikh-ul-Alam left deep spiritual imprint in the teachings of later Rishi-Sufis like Hamza Makhdoom also known as Mehboob-ul-Alam (loved by all), Shamas Faqir, the celebrated Kashmiri Sufi poet and Resh Mir Sahib, a prolific Sufi scholar called the “last giant of the Rishi-Sufism”.

Rishi-Sufis focused not only on spiritual pursuits but also social, economic and cultural development of the Kashmir Valley. In fact, they brought the various crafts and industries from Persia, like the famous pashmina, the textiles woven in Kashmir. Today’s Valley is in quest for the very lost cultural heritage.