All is not well in the family

TV channels that thronged the houses of Yadav members for a reaction were rudely and firmly asked to stay away. 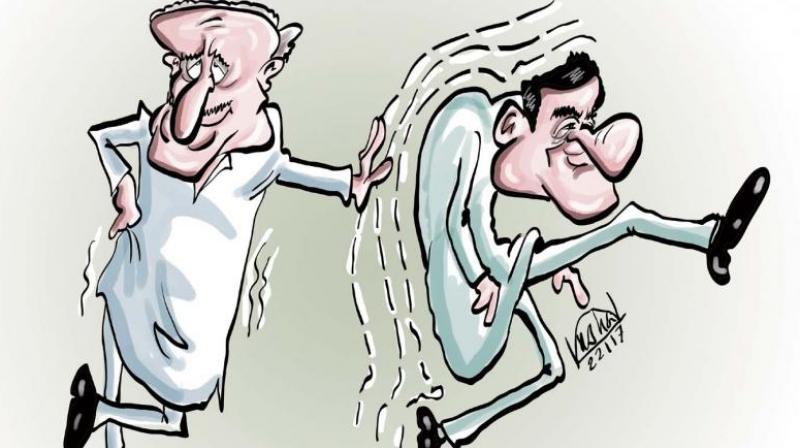 Mulayam Singh Yadav’s brother Rajpal and Abhay Ram are angry over the coup.

Though the scales have tilted in favour of chief minister Akhilesh Yadav and all seems well on the surface, the grapevine insists that resentment continues to simmer in the family. To begin with, a number of family members in the Yadav clan — particularly the elders —  are upset at the manner in which Mulayam Singh Yadav has been upstaged by his own son. Mulayam Singh Yadav’s brother Rajpal and Abhay Ram are angry over the coup.

The women in the family are also divided. While the senior ladies and the daughters are supporting Sarla Yadav, wife of Shivpal Yadav, the younger daughters-in-law are pitching for “Dimple bhabhi”.

The strain in the family is apparently so visible that when the Election Commission announced its verdict in favour of Akhilesh, there were no celebrations in Sefai, the native village of the Yadav clan. TV channels that thronged the houses of Yadav members for a reaction were rudely and firmly asked to stay away.

A senior family member snapped: “What is there to celebrate? Netaji (Mulayam) has been insulted and Akhilesh is being misled.” That says a lot about the prevailing situation in the family.

Bhangar awaits Didi’s touch
West Bengal chief minister Mamata Banerjee did not believe her eyes when she saw on her television screen the flareup in Bhangar. Thousands of angry villagers with lathis in their hands and anti-government slogans on their lips were heading menacingly towards the contingents of the police, which were struggling to keep the situation under control. 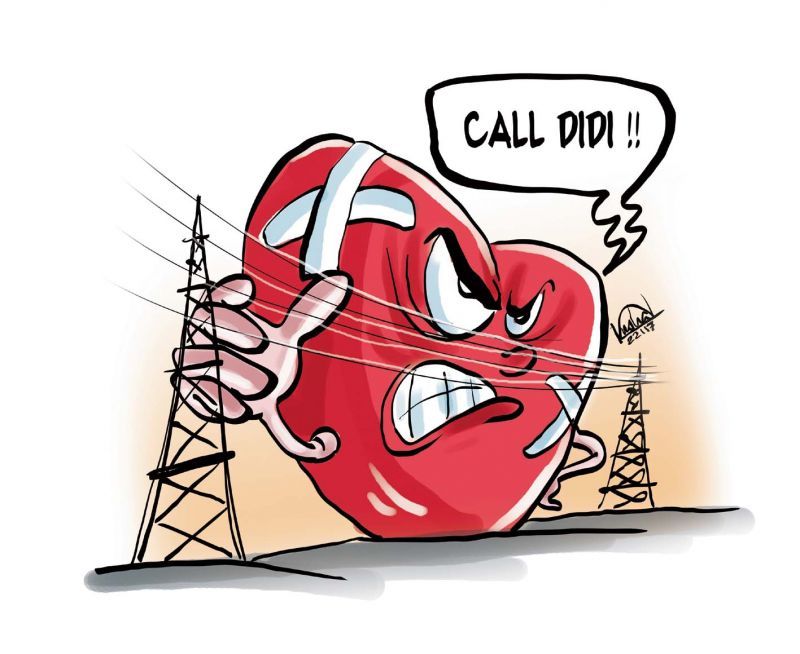 What she found ominous was the style of the public protest. They had placed logs and tree trunks on the roads and had dug them up at some places to prevent police vehicles from entering their villages. These scenes brought back memories of anti-land acquisition movements, which she herself had spearheaded in Singur and Nandigram. In fact, she rode piggyback on these movements to the corridors of power.

Today she was in the CM’s chair and her administration and party leaders were the target of people’s ire. The hostility against the ruling Trinamul Congress was so intense that the villagers barred even the entry of local MLA Abdur Rezzak Mollah and heavyweight TMC leader Mukul Roy. What caused her extreme anguish was the fact that all this was happening in Bhangar — a stronghold of her party.

In fact, the entire South 24-Parganas was the TMC’s fief. Didi is wondering how overnight, so much public anger was generated against her party. Till now all her attempts to smooth the ruffled feathers of villagers have not yielded results. They — a majority of them are TMC supporters — want their Didi to visit Bhangar and personally assure them that the power grid, which is the bone of contention, will be relocated. Bhangar is waiting for Didi’s healing touch.

Preferring silence to sound
Sometimes silence speaks louder than words or sound. And, surprisingly, some people who often make much sound resort to silence to send across their desired message. BJP president Amit Shah did this on Friday during his Odisha visit.

Contrary to the expectation by partymen that he would resume his attack on the party’s top enemy — Odisha chief minister and Biju Janata Dal president Naveen Patnaik — the BJP chief chose to keep quiet.

After alighting from the flight, when he was encircled by reporters at the airport and asked how he planned to fight the BJD in the crucial panchayat polls in Odisha, he did not give any answer. Instead, he flashed a smile, seemingly of a courageous commander, and then waved at the crowd standing on one leg on the side paddle bar of his four-wheeler.

Preceded by a huge motorcycle rally from the airport, Mr Shah came to the BJP state party office, where he also again evaded the media.

Asked about his silence, outspoken Union minister Jual Oram told mediapersons: “Sometimes silence speaks louder and you people understand it quite it well.” The journalists had little difficulty understanding from Mr Shah’s body language and motorcycle rally that while instilling spirit in the minds of party leaders and workers by his actions, he deliberately chose to remain reticent as his open criticism of the chief minister in the panchayat poll campaign will be unbecoming of his stature and position.

THE ANGRY CROWD
Recently the cavalcade of Punjab’s deputy chief minister was pelted with stones in Jalalabad and later a man hurled a shoe at chief minister Parkash Singh Badal. After the incident the Shriomani Akali Dal complained to the Election Commission that Aam Aadmi Party MP Bhagwant Mann was instigating people to hurl stones at Akali leaders. 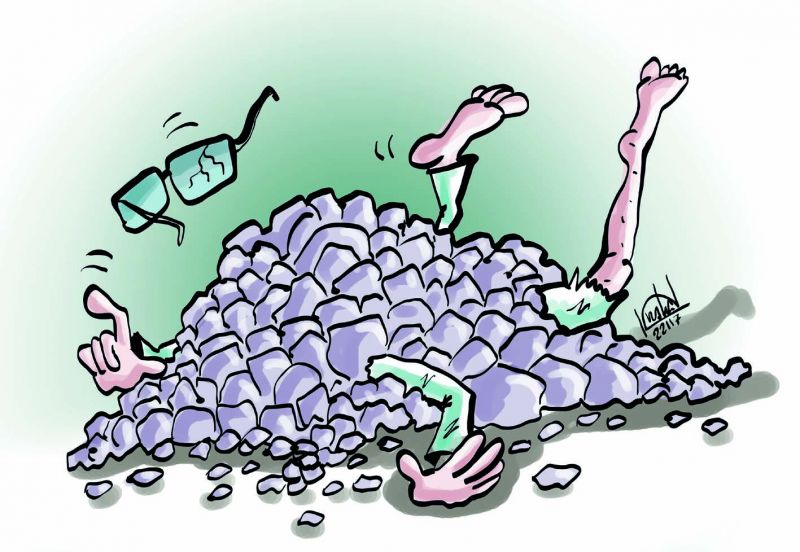 They were referring to Mr Mann’s comments: “Dalla to aakhir dalla hota hai, pata nahin didhar se chala hotta hai (Rock is a rock, nobody knows from which side it has come).”

Defending himself, Mr Mann said: “I am trying to save Akalis as I was advising them not to enter villages as people of Punjab are angry with them. I will always call dalla a dalla (stone a stone). The people who used to paste stickers of (proud to be an Akali) are now removing the stickers from the windscreens of their cars as they feel that when the spectacles of

Mr Badal (a shoe hit his glasses) are not safe, how can their windscreens be safe,” he lampooned, in an oblique reference to his complaint by the Akalis.