Catholics versus Protestants; Shias versus Sunnis; one sect or panth against another, and so on. 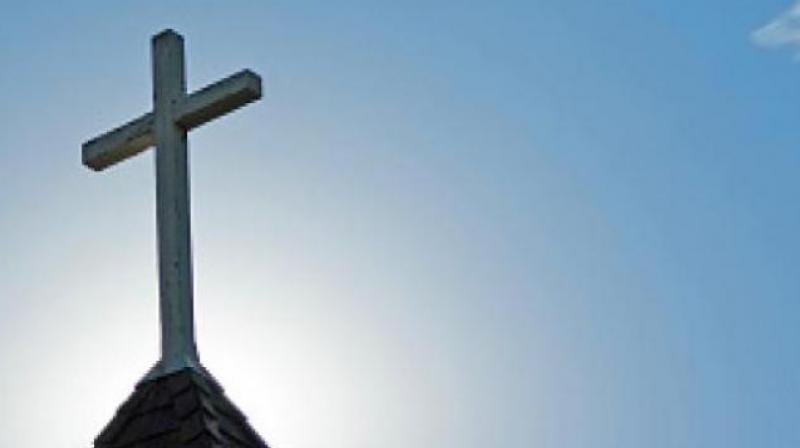 Catholics versus Protestants; Shias versus Sunnis; one sect or panth against another, and so on. Our religious history has been painted red with violence and bloodshed, not just between warring religions, but with internecine battles among followers of the same religion.

A Catholic priest, a Protestant pastor and a Jewish rabbi were arguing about God when an angel appeared and said: “Ask for anything and it will be granted!” The pastor said, “May every Catholic disappear and we’ll have peace.” The priest cried, “Banish every Protestant from Irish soil.” The angel asked the rabbi: “Don’t you want anything?” The rabbi replied, “No! But fulfil the wishes of these gentlemen and I’ll be satisfied.”

Catholics versus Protestants; Shias versus Sunnis; one sect or panth against another, and so on. Our religious history has been painted red with violence and bloodshed, not just between warring religions, but with internecine battles among followers of the same religion. Don’t these so-called “religious wars” ironically destroy the very gods they claim to defend?

To promote peace, an annual “Octave for Christian Unity” is celebrated worldwide, from January 18 to January 25. “Octave” means “eight” — referring to the eight days when Christians of all the churches, called “denominations” — collaborate for worship, prayers, singing of hymns and so on. The aim of all these activities is to foster the unity and peace which Jesus prayed for before his death: “May they all be one, Father, as you are in me and I am in you.”

Differences among human beings are a given datum of life. Therefore, wouldn’t it be ridiculous to expect everyone else to be like “me” or “us”? What would our world look like if everyone belonged to only one race with similar faces, spoke one language with one viewpoint, read only one holy book and all wore the same uniforms? Wouldn’t that be a drab, colourless world?

In a recent, refreshing initiative in Rome among religionists of diverse religions, the common humanity of all peoples was reiterated as being more important than one’s own religious affiliation. Indeed, while respecting our differences in matters of creed, country, culture, class and so on, can’t we foster harmonious friendships solely on the basis of our common humanity?

“Ecumenism” — referring to the movement towards worldwide Christian unity — comes from the Greek “oikos” meaning family or household. At birth, one is born simply as “human” into the human family. And, only later is the newborn named, baptised, circumcised or initiated into some religious tradition. However, as we grow, we become more “humane”: allowing love, peace, joy and our sense of justice to flow out to others.

Celebrating events such as the Octave of Unity and the forthcoming Republic Day, let us gratefully and gladly say: “We, the People of India … ” We are, and always will be, one. Ultimately, it is our humanity, not religion, that unites us. Let us hope and pray that we become more and more humane.

Francis Gonsalves is a professor of theology. He can be contacted at fragons@gmail.com