Work-related stress is a big problem: Give people some relief

The cause of depression is often an inability to properly manage stress, and the police service is a high-stress job. 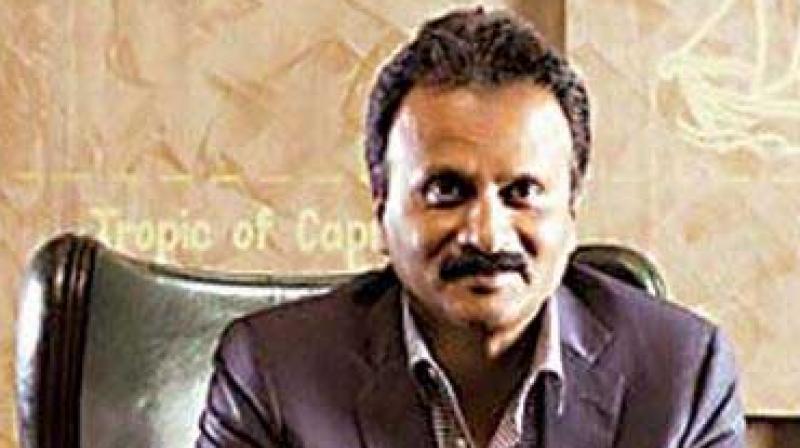 On July 29, 2019, a man travelling in his chauffeur-driven car asked the driver to pull up as it approached a bridge for he wanted to take a little stroll. As the car was parked, the man got out instructing the driver to wait in the car. However, when he did not return after about an hour, the driver went out looking for him, but there was no sign of the gentleman. A couple of days later, the body of V.G. Siddhartha was found 500 metres downstream by a couple of fishermen. India’s coffee king and the owner of the cafe chain Café Coffee Day, with hundreds of outlets in India and a few abroad as well, had committed suicide owing to pressures from the tax authorities, banks and other stakeholders.

A few days ago a young police officer, SSP Abrar Nekokara, ended his life. This is not the first case of a senior police officer from the Police Service of Pakistan committing suicide; another SSP Jehanzaib Khan Kakar had committed suicide in 2016. The reason is almost always depression, but the root cause of depression is often overlooked.

The cause of depression is often an inability to properly manage stress, and the police service is a high-stress job. Police officers in Pakistan face pressures of all sorts — political, financial, social — but, sadly, are not counselled at any stage about how to deal with such pressures. They are simply thrown in the deep end and expected to survive — which they often do, but at a significant cost. Suicide is an extreme case, but in general these stresses do take a toll on their health and relationships.

Furthermore, institutions (such as NAB these days, with their apparent working principle of guilty until proven innocent) have further multiplied on-the-job stressors for government servants. There is hardly a decision that civil servants can take these days without feeling a sense of unease about how it might come back to haunt them one day, when the corruption watchdog and the media would use it to play to the gallery.

Civil servants need relief from perpetual job-related stress; especially departments such as police, the district administration and railways need to focus on the wellness of their employees. Officers are always kept on their toes, and any accident, train derailment, bomb blast, fire, etc can be used to portray them as criminals in a matter of minutes. The public, media and politicians need someone to blame for everything that goes wrong and the civil service — being the weakest government institution — presents its members as the ideal choice. This stress has to come out in some form; sometimes it leads to withdrawal from responsibilities, at other times to drugs and alcohol and in extreme cases it may lead to suicide.

The biggest private-sector corporations like airlines, banks and oil-exploration firms place serious emphasis on annual holidays that each employee must avail. In fact, not availing them is taken as a negative. A healthier workforce leads to better performance. In case of banks, it serves a dual purpose to help point out any irregularity and mitigate the chances of frauds and scams. Maybe government needs to learn from this.

The current working of government machinery in Pakistan has become so mired in ad hoc-ism that an officer going on leave brings the whole system to a standstill. This needs to change. Officers who are considered “indispensable” need to be taught how to let go of things sometimes, for their own sake. The need to introduce mandatory vacations and downtime is a must.

Currently, seniors feel entitled to make their juniors go through what they experienced as juniors: staying late in office, sacrificing time with family, being refused leave unless for a case of bereavement. So, this unhealthy work culture is perpetuated within government offices. Such practices are not confined to any particular department; most senior officers sit late in offices, and juniors dare not leave until the boss has left the building. By the time he does and his subordinate is able to go home, it is already too late for the latter to play with his children who are now asleep, or to even take his wife out for dinner.

The work culture in Pakistan’s bureaucracy has robbed civil servants of all such little joys, without the poor victims ever realising it. Ironically, this culture of spending long hours at work generally has very little to do with workload. In fact, the problem is often that senior officers come to office late, and then spend plenty of time reading the newspaper and having tea, only to start work towards the end of the official working hours.

Fortunately, changing this culture does not require any new statute; all it requires is the will of the civil servants. Unfortunately, the sensitivity required to take this initiative is missing.