Trouble brews for China in Xinjiang

The identity of the attackers was not disclosed,” but they were obviously Uyghurs. 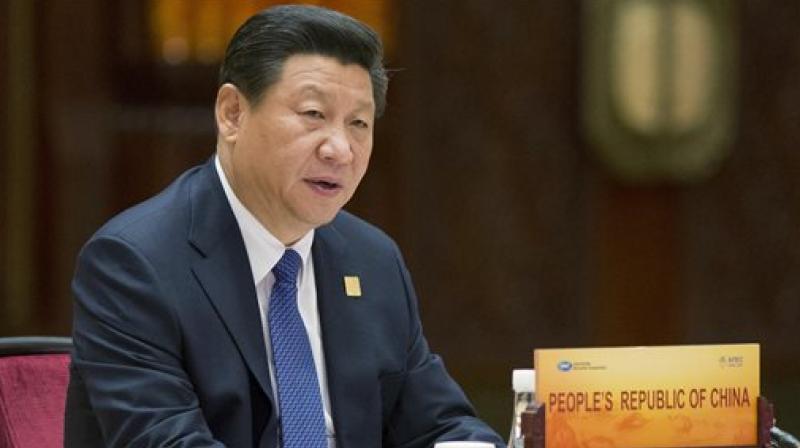 In August 2016, at the end of the annual closed-door meeting held at the beach resort of Beidaihe, an official statement announced that Zhang Chunxian would be replaced by Chen Quanguo as party secretary of the restive Xinjiang Uyghur Autonomous Region (XUAR). Mr Chen was then serving as party boss in the Tibetan Autonomous Region (TAR), where he had shown his skills to “pacify” the restive Tibetans.

Six months after his appointment, it appears that Mr Chen is ready to use the “Tibetan” recipe, a good dose of repression mixed with an opening to “tourism”.

But what is happening in Xinjiang? In January, the Chinese media reported that eight people were killed in a violent attack in Pishan County of Hotan Prefecture in southern Xinjiang. According to the local government, three knife-wielding men attacked and stabbed several people. Subsequently, the police shot dead the three attackers and 10 others were injured. The Chinese media asserted: “Order has been restored and an investigation is ongoing. The identity of the attackers was not disclosed,” but they were obviously Uyghurs.

A few days earlier, Radio Free Asia (RFA) had reported that Uyghurs had been called to several meetings to confess their “crimes”. According to RFA, this was part of a campaign called “Revealing Errors”; the meetings were held in Aksu Prefecture “to uncover behaviour considered politically destabilising”. The same source added: “Residents are called to a podium one by one to confess these errors after they have listed them on a 39-question form. They are also told they will face legal consequences if they attempt to cover up their own or anyone else’s anti-state activities.” Is it not sounding like the return of the Cultural Revolution? The situation is undoubtedly serious in the Western Dominion, as Xinjiang was historically known. On March 11, a rare event took place in Beijing: the seven members of the Politburo’s Standing Committee led by President Xi Jinping dined together. According to Xinhua, they attended “a gathering on the sidelines of the annual sessions of the National People’s Congress (NPC) and
the Chinese People’s Political Consultative Conference (CPPCC) at the Great Hall of the People.” The seven big bosses met with the deputies of the “ethnic minorities” elected to the NPC and the CPPCC.

Is it an indication that something is boiling in Tibetan, Uyghur and other minorities’ areas of China? Xinhua said that Mr Xi and his colleagues “arrived at the banquet hall of the Great Hall of the People at 7.45 pm to the enthusiastic applause from lawmakers and political advisers in ethnic costumes”. According to the news agency, Mr Xi sat next to a Tibetan delegate; the President was pleased “to learn about improved life in her village, where big changes in education, medical services, elderly care and housing have taken place”. The other leaders had “cordial conversations with the lawmakers and advisers, encouraging them to contribute to the Chinese nation’s rejuvenation,” commented Xinhua. But the fact is that today the Middle Kingdom’s periphery is unstable and Beijing does not know how to handle the situation (except by increasing the repression and offering a few economic carrots). And more repression automatically brings more resentment; a vicious circle!

Another indication of Beijing’s uneasiness has been recently reported by RFA: “Authorities in north-western China’s Xinjiang region are offering hefty sums of cash to would-be tipsters on terrorist activities.”

RFA’s Uyghur service quoted an official announcement issued by the regional authorities on February 23: the Hotan Prefecture government had set aside 100 million yuan ($14.5 million) to reward residents reporting “suspicious” acts after a knife attack in Pishan.

The announcement says: “Our region will create an anti-terror defence front composing every 10 families as a unit, and an anti-terror reward fund in order to encourage the masses to actively provide tips related to terrorism.” The authorities guaranteed the anonymity of the informants and promised to secretly transfer rewards to their bank accounts. People are encouraged to report on “double-faced” cadres, party members or “double-faced” religious clergy. Added to this, all cars in the region will need to be fitted with a GPS system, directly connected to the government’s servers.

It should be noted that the most restive areas are located close to the Indian border north of the Aksai Chin; recent large military parades in Hotan and Kashgar were synchronised with the one in the capital, Ürümqi.

At a time when Beijing has decided to demobilise several group armies (corps), the XUAR is recruiting. The Jamestown Foundation noted that the party “has built a multi-tiered security state with, among other components, the recruitment of nearly 90,000 new police officers and a 356 per cent increase in the public security budget.”

It described the hardening of the repression in four stages: response to the 2009 Ürümqi riots; expanded policing and surveillance in the south; grid-style community policing and big data surveillance and, finally, in 2016, convenience police stations and the massive expansion of surveillance manpower.

The latest is the most deadly development: “A total of 31,687 security-related positions were advertised, more than a threefold increase over the previous year. This unprecedented recruitment drive sought to boost the party-state’s surveillance capabilities across all regions of Xinjiang, as only 35 per cent of advertised positions were designated for regions with a Uyghur population of 40 per cent or higher.” The local media have praised these convenience police stations as “bringing zero-distance service” to the people of Xinjiang.

And “tourism” will be the ultimate weapon like in Tibet.

Last week, Xinhua announced that the XUAR will train 1.2 million rural residents by 2020 as part of a new wave of infrastructure spending.

Why so much infrastructure? Apart from the fact that all infrastructure developments in China have a dual use, military and civilian, Mr Chen plans to develop tourism, as he did in Tibet, which last year saw 23 million visitors.

According to the Global Times: “Xinjiang’s fixed asset investment will surpass 1.5 trillion yuan (around $217 billion) in 2017, up more than 50 per cent year on year.”

The mouthpiece of the party speaks of a training programme “to meet labour demand in various projects, mainly in infrastructure sectors such as transport, water conservancy, energy and telecommunication.”

The new trainees will mainly be used in the tourism sector. In other words, the same formula as in Tibet: tourism = infrastructure = wealth = stability.

During the recent NPC session, some 25 proposals were submitted by the Tibet delegation; it included infrastructure construction projects such as railways, highways, water conservancy, electric power, ecological zones and logistics parks. Similar schemes will be taken up in Xinjiang.

Millions of Han tourists will soon visit the Western Dominion, before that, some minimum level of security needs to be insured by the authorities to reassure the tourists. The Han tourists are not a very brave lot; they stopped en masse coming to France after the terror attacks last year. It is a tricky job for Mr Chen.