Flavia Agnes
The writer is a women’s rights lawyer

The Kathua rape is not the norm; most cases of child abuse take place within our homes and in our neighbourhoods. 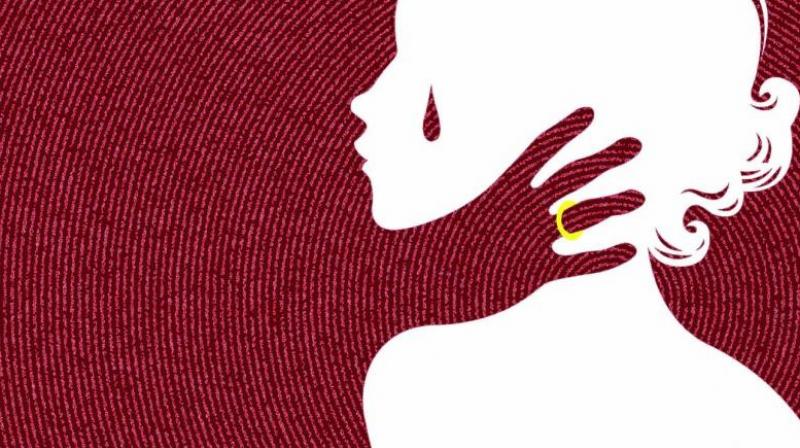 Public protests have been held in every major city condemning the gruesome and inhuman violence inflicted upon the young girl. (Representational image)

The delay in making a public statement condemning the gruesome rape and murder of an eight-year-old child belonging to a Muslim nomadic tribe — Bakherwal in Jammu and Kashmir has become a subject matter of discussion in newspapers, television channels and the social media. Even the New York Times devoted an editorial to this issue.

Back home, in an interview, former Prime Minister Dr Manmohan Singh, known to be a man of few words, remarked that Prime Minister Narendra Modi must follow the advice he had given him (Dr Singh) when he occupied this post, and speak more often. Not making a public statement about an event of national concern sends out a wrong signal to the perpetrators of the crime — it tells them that they can get away with anything, remarked Dr Singh.

The New York Times commented that Mr Modi who tweets frequently and considers himself a talented orator, seems to lose his voice when it comes to speaking about the dangers faced by women and minorities who are frequent targets of the nationalist and communal forces that form the base of his party.

The incident has shocked the conscience of ordinary Indians across the length and breadth of the country. Public protests have been held in every major city condemning the gruesome and inhuman violence inflicted upon the young girl. The premeditated manner in which the girl was kidnapped, kept sedated, raped over and over again by several men, inside a temple and then strangled to death with her chunni is public knowledge now. As though this was not sufficiently brutal, she was then hit on the head with a stone to ensure that she doesn’t survive.

The most chilling part of this narrative is the demand by special police officer Deepak Khajuria requesting the sutradhar of this macabre horror, Sanjhi Ram, to delay the inevitable murder, so that he can satisfy his lust one last time. By this time, the girl who had been starved, drugged and raped continuously over four days had been reduced to just a human shell. Penetrating the body of a listless and lifeless child is almost like raping a corpse, necrophilia, an utter debasement of the human mind.

What is worse, the lawyers of Kathua district court came out into the streets in defence of this police officer and prevented the crime branch from filing the chargesheet. Two BJP MLAs attended the rally supporting lawyers.

The news that shocked the nation, hit the national dailies on April 9, 2018. Through all this, for several days, the PM maintained a stony silence. It was left to minister of women and child development Maneka Gandhi to do damage control and make a public announcement, to calm down the angry protesters. Death penalty to all those who abuse children, she proclaimed. The Protection of Children from Sexual Offences Act, enacted in 2012, a month before the Nirbhaya incident, to deal with sexual violence upon children, did not provide for death penalty. Hence the government will soon remedy this by bringing a suitable amendment to the act, the minister declared. As though this would bring justice to the victim.

The minister’s statement served to douse the anger of some protesters who viewed the brutal gangrape and murder merely as a gendered crime, devoid of its political intent of ethnic cleansing.

No one paused to think that in the Delhi gangrape case, the accused were given death penalty not under the amended provisions of the IPC, but under the then prevailing provisions of rape and murder, viewing the offence as a “rarest of rare” occurrence. Criminal provisions cannot be applied retrospectively. So even if the law is changed today, it cannot be applied to an incident that took place in January 2018; the chargesheet is already filed and the trial is about to start.

If investigations were carried out meticulously, and the trial proceeds without obstruction and manipulation of witnesses, and the case ends in conviction, the trial court has the power to pronounce death penalty. There is no need for the sensational announcement to quell the protests. But the question is whether a fair trial is possible within the prevailing vitiated court culture where lawyers, considered to be “officers of the court”, are themselves involved in obstructing due process.

The PM spoke only after the Supreme Court took up this matter suo moto and issued notices to all concerned bodies of lawyers seeking an explanation. The PM issued a statement that the latest incidents have brought shame to our country and that “our daughters will definitely get justice”. But the assurances sound hollow in the wake of the delay in making this statement and describing the crime in broad generalities as “incidents being discussed since past two days”, as the New York Times editorial commented. The PM had adopted a similar approach when Muslims were being lynched to death by gaurakshaks (cow vigilante groups) some months ago, while shedding tears over the plight of “Muslim sisters” who are victims of triple talaq, an issue which is highlighted by his party as a weapon to beat the Muslims with.

Prof. Apooranand, a teacher at the Delhi University and a social activist, has commented that this incident cannot be clubbed together with the Unnao incident where an adolescent girl was allegedly raped by a sitting BJP MLA, as the two belong to different categories.

The motive for the gruesome violence in Kathua is to rid the area of the presence of the Muslim Bakherwal community. It is not the age of the victim that should shock us (even infants are sexually brutalised) nor should the brutality of the crime (humans are capable of unimaginable depravities) but the brazen support for the criminals displayed on the streets of Jammu which should lead us to panic and question how as a society we have reached this point.

Some people are drawing parallels between Kathua rape case and Nirbhaya murder case of 2012. But lawyers who defended the accused in the Nirbhaya case did not receive any support from the legal fraternity. In Nirbhaya case, violence was committed by social delinquents from the lower class and people of India rose in one voice to demand death penalty.

In comparison, Kathua is not a gendered crime. It is communal violence.

Women’s bodies have been brutally violated during conflict situations to teach a lesson to the entire community. Remember, the Khairlanji incident wherein the bodies of dalit women were brutalised, violence inflicted upon women during Partition, gruesome sexual violence inflicted upon Muslim women during the Gujarat riots, including slitting the stomach of a pregnant woman and displaying the foetus before burning it in full public view to teach a lesson to Muslims.

It is the targeting of a community using the bodies of women and young children in the name of protecting the nation which should concern us. And it is the Prime Minister’s delayed response in reassuring the Muslim minority of safety and protection which must disturb us.

Mr Modi thinks he has made amends by promulgating a draconian ordinance, which awards death penalty to those who rape kids under 12 years of age (earlier the stipulated minimum punishment was life imprisonment). With this he has succeeded in dousing the protests that were spreading. Now no one can blame his party for being a silent spectator at a time when an epidemic of brutal rapes was spreading in the countryside. Moreover, anyone who opposes the ordinance can be dubbed as “pro-rapists”.

But death penalty is not the answer; this reckless move will cause more harm to children as it does not place their interests at the centre of remedial measures. The gruesome Kathua rape is not the norm; most cases of child abuse take place within our homes and in our neighbourhoods. Rather than being a deterrent to child abusers, it will deter children from reporting their abuse when they know that a close family member will be hanged because of their complaint.