Of Kipling, modern monarchy ruling the UK and women taking over the world

When the poem If was painting over, we were reminded of what Kipling actually stood for. 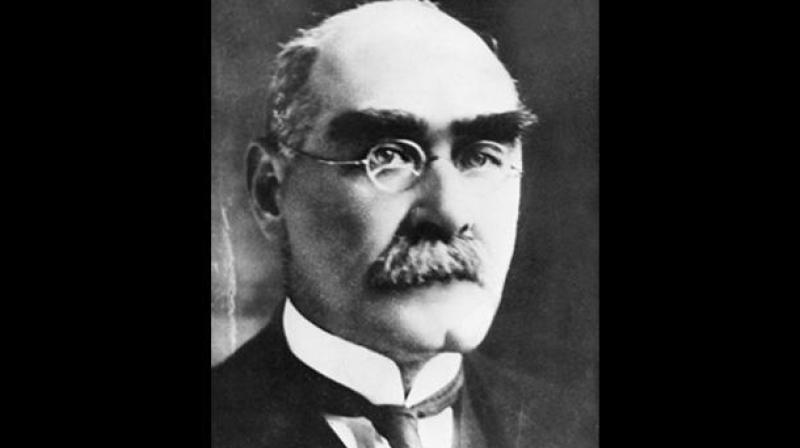 If you can keep your head when all about you
Are losing theirs and blaming it on you,
If you can trust yourself when all men doubt you,
But make allowance for their doubting too;
If you can wait and not be tired by waiting,
Or being lied about, don’t deal in lies,
Or being hated, don’t give way to hating,
And yet don’t look too good, nor talk too wise…

The poem If by Rudyard Kipling is an oft-quoted classic, and the Nobel Prize-winning poet, who was born in India, has been a favourite of many. But not at Manchester University, where the students’ union recently painted over the poem If displayed at the university — and replaced it with another by Maya Angelou’s Still I Rise — extracts from which read:

You may write me down in history
With your bitter, twisted lies,
You may trod me in the very dirt
But still, like dust, I’ll rise…

Out of the huts of history’s shame
I rise
Up from a past that’s rooted in pain
I rise
I’m a black ocean, leaping and wide,
Welling and swelling I bear in the tide…

The students’ union replaced the poem because Kipling was undoubtedly a racist and it is difficult for many to read his works and not remember his ideology. Angelou’s poem, on the other hand, celebrates the history of those who despite being crushed by colonialism, still rose. This is a debate which continues to haunt the UK as it grapples with its racist past, and the re-examination of history. Recently, re-reading Kipling’s life and poems, I too had been shocked at his racism, and surprised at how much respect and regard we have given him over the decades in India. Are we far too forgiving? Or is it best to leave the past where it is — and move on?

There are many who feel that creative works of the Nobel Prize-winning poet Kipling should not be confused with his personal life, or that we must remember that those were different times. But then we must also remember that we too were among those “new caught sullen peoples… half devil and half child…” To remind you, here are a few lines from his infamous poem on the White Man’s Burden.

Take up the White Man’s burden —
Send forth the best ye breed —
Go bind your sons to exile
To serve your captives’ need;
To wait in heavy harness
On fluttered folk and wild —
Your new-caught sullen peoples,
Half devil and half child…

When the poem If was painting over, we were reminded of what Kipling actually stood for. And for the need to find new icons. Would you agree?

Similarly, a few years ago there had been a campaign to remove the statue of colonial imperialist Sir Cecil Rhodes from Oxford. So will all those who got a Rhodes scholarship return it?

Meanwhile, when these issues arise — one is struck by how a very modern monarchy (but a monarchy nonetheless!) continues to rule the minds and hearts of people in the UK. The Queen would win a popularity poll anytime — if she were to contest against the elected leaders. The respect the monarchy commands today is largely due to Queen Elizabeth II herself. And as her great grandson George, and also in line to the throne one day, turned five years old, the papers are full of photographs of the young charmer. But when colonialism is questioned more and more — can even a titular monarchy survive for very long? These questions don’t have very easy answers!

In a fast-changing world, women are rightly being projected in different fields and taking over from men as fast as possible. Even film and TV producers have realised that there is a huge appetite for seeing women in traditional male-dominated roles. And so the latest “make-over take-over” was in the long running serial Doctor Who. Now for the first time a woman, Jodie Whittaker, will play Dr Who. The regeneration process from the old “time traveller” (played by Peter Capaldi) to the new female version has already taken place. Interesting: this is a science fiction series, with a lab-induced reincarnation theme. I am sure, not a long time into the future, all of us (as our bodies degenerate) can opt to live on like Dr Who, through a freshly selected, computer-generated body… in the meanwhile watch the series!

And finally, it is wonderful to know that the call for a Partition Remembrance Day, started by the Partition Museum in Amritsar, has now spread to the UK. You may remember that the Punjab government had declared August 17 (the day the Radcliffe Award was actually announced in 1947) as Partition Remembrance Day last year, when the museum opened all its galleries. Now in the UK, there was a call for the UK government to announce it as well — at a special meeting at the House of Commons, hosted by MP Virendra Sharma. The movement in the UK is being helmed by the dynamic Dr Binita Kane, and she is wholeheartedly being supported by the Partition Museum team. Dr Nilanjan Sarkar, from the LSE South Asia Centre, spoke on behalf of the museum to a packed room. So perhaps by next year we can commemorate the day jointly with a solemn ceremony in India and the UK.