India’s 5,000-year engagement with the people of the Gulf has shaped a shared cultural ethos. 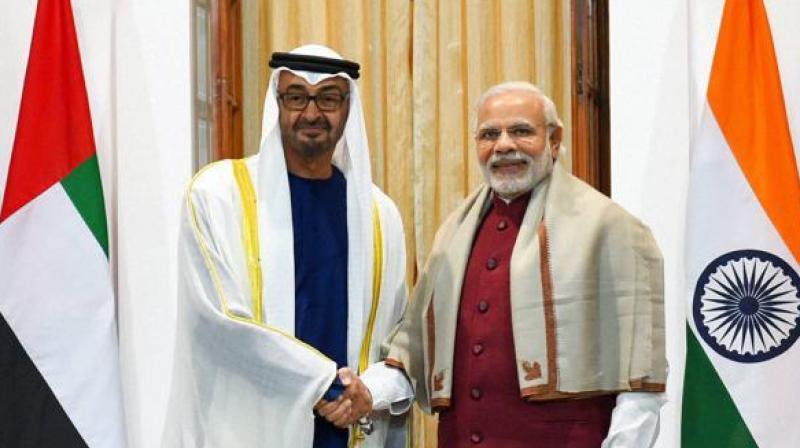 The visit of Sheikh Mohammed bin Zayed Al Nahyan, crown prince of Abu Dhabi, to India as the chief guest at our Republic Day marks the culmination of an extraordinary engagement that India has had with the countries of the Gulf at the level of our Prime Minister. Since June 2015, he has visited the UAE, Saudi Arabia, Iran and Qatar, and hosted the Abu Dhabi crown prince in February last year. Perhaps, no other geographical space has received this kind of concentrated attention from India.

This interaction with the Gulf is a tribute to India’s historic links with the region that go back to the days of our Indus Valley civilisation, and recognises the substantial energy and economic ties we have at present, the presence of our eight million-strong community in the six countries of the Gulf Cooperation Council (GCC), and the logistical connectivities we are pursuing through Chabahar port in Iran with Afghanistan, the Central Asian Republics and, via Russia, with west Europe.

India and the UAE are natural business partners: While India is a global economic powerhouse, the UAE has a diversified economy and is a global centre for trade, logistical connections, tourism and finance. It is also the major supplier of oil to India, is an important trade partner and the premier destination for India’s exports — a large part of which is re-exported across South and West Asia, and east and southern Africa.

Prime Minister Narendra Modi’s visit to the UAE in 2015 has prepared the ground for the shaping of new economic ties that would be relevant to contemporary times, such as cooperation in the frontier areas of technology, including telecommunications, renewable energy, space, desert ecology, advanced healthcare, food security and sustainable development. The UAE has also set up a fund of $75 billion to invest in the development of India’s infrastructure.

The centrepiece of the visit of the crown prince of Abu Dhabi will be the signing of the “comprehensive strategic partnership agreement” that will take bilateral ties to a new level of mutual trust and confidence and facilitate the shaping of a new Indian role in the Gulf region. The UAE is again the appropriate partner for India in this endeavour.

India’s 5,000-year engagement with the people of the Gulf has shaped a shared cultural ethos and has provided a high level of cultural comfort to the people linked by the waters of the Indian Ocean. In an environment marked by intolerance, both countries are bastions of moderation and accommodation, and have nurtured societies that are open and free, where diversity is celebrated and peaceful co-existence is extolled as a national virtue.

These values have resulted from “their cultural traditions, spiritual values and shared heritage”, as was noted in the India-UAE joint statement issued after Mr Modi’s visit to the UAE in 2015. The common threat to these values from the forces of extremism and violence has encouraged India and the UAE to set up a powerful front against terrorism through enhanced security cooperation covering intelligence-sharing, joint counter-terrorism operations, and adoption of best practices and technologies by the agencies of the two countries.

Linked with this is heightened defence cooperation consisting of dialogue at strategic and tactical levels, joint exercises and training, and cooperation between the navies of the two countries to maintain the security of the Indian Ocean. But, beyond these traditional areas, the two countries are also pursuing joint development of the defence industry to reduce dependence on other countries, an indication of the high level of confidence that has already been achieved.

The concerns of the two countries embrace the security scenarios in West Asia and South Asia. Thus, the joint statement concluded at the end of Mr Modi’s visit to the UAE in 2015 had spoken of the need for the two countries to establish a “close strategic partnership” for “these uncertain times”, and called upon them to “work together to promote peace, reconciliation, stability… in the wider South Asia, Gulf and West Asia region”.

This cooperation has become extremely urgent today. West Asia is experiencing three conflicts, in Syria, Iraq and Yemen, which have acquired the shape of a sectarian confrontation. The region also faces a threat from Daesh, the self-styled Islamic State of Iraq and Syria (ISIS), that has perpetrated extraordinary atrocities on the diverse peoples of West Asia and on Western hostages captured by it. While the ISIS is presently under attack in both Iraq and Syria, it is likely to inspire lone-wolf attacks in the region and beyond, in Europe and the US.

In these ongoing wars, thousands of people have been killed, millions have been displaced, millions more face humanitarian crises of extraordinary proportions, and the world’s ancient cities and shrines have been devastated. Major regional powers have lost all sense of mutual confidence: they see their rivalry in “existential” terms, so that this divide could easily deteriorate into a direct conflict, by design or accident.

It is in this background that India and the UAE have not only condemned the misuse of religion to justify acts of violence, they have also, in the joint statement of 2015, condemned efforts by states, “to use religion to justify, support and sponsor terrorism against other countries”.

They went further: they also found unacceptable the attempt of regional powers “to give religious and sectarian colour to political issues and disputes, including in West and South Asia, and use terrorism to pursue their aims”.

India and the UAE have the shared interest and the capacity to work together to defuse ongoing tensions and promote confidence between the estranged Islamic neighbours so that a common front is created against the twin scourges of sectarianism and jihad that threaten the region. This joint effort will give meaning and substance to the “comprehensive strategic partnership” agreed to by the leaders of the two countries on India’s Republic Day.