Opinion   Oped  24 Jan 2020  World is drifting down a slippery slope that leads to ghosts of Hitler, Stalin
Opinion, Oped

World is drifting down a slippery slope that leads to ghosts of Hitler, Stalin

The sounds of war had by then resonated for weeks, reviving the optimism of inmates who had abandoned hope long ago. 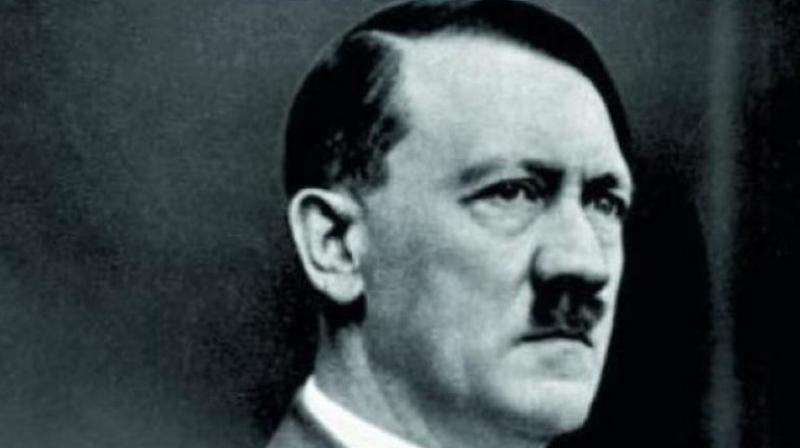 It will be 75 years ago next Monday that soldiers from the Red Army entered Poland’s Auschwitz-Birkenau, the most infamous of the extermination camps set up by Nazi Germany.

The sounds of war had by then resonated for weeks, reviving the optimism of inmates who had abandoned hope long ago. Relatively able-bodied inmates were marched off. The sick and the infirm were left behind without guards, although Nazi troops occasionally returned to reduce their numbers.

The Soviet troops were greeted by the living dead — the emaciated survivors of one of the most heinous experiments in human history. Among them there were no longer any Soviet prisoners of war, some of the earliest inmates in Auschwitz, alongside Polish Jews and dissidents.

Since 2005 the occasion has been commemorated as International Holocaust Remembrance Day, and two of the Auschwitz camps are a UN World Heritage site. Could there conceivably be a worse heritage than the smoking crematoria of the mid-1940s?

The Allies who defeated Nazi Germany in 1945 vowed that “never again” would such crimes against humanity be tolerated. But it hasn’t exactly worked out that way.

The sheer vindictive ferocity of Nazi crimes against humanity has never been replicated. But its echoes have never quite died away either.

European colonial powers, notably France in Indochina and Algeria, saved some of their worst atrocities for the postwar period. The United States justifiably takes pride in its role in defeating the Nazi menace, but right afterwards became complicit in perpetrating comparable horrors, beginning in Korea and not quite culminating in Vietnam.

Arguably, worse has followed. The awful term “ethnic cleansing” wasn’t coined in the 1940s but, from Bosnia to Rwanda, the concept was par for the course 50 years later. And it could be argued that in no nation state have the ideas of racial superiority been more consistently and assiduously applied than in Israel, which is often seen as recompense for the Holocaust.

Fascism never really disappeared following the defeat of Nazi Germany and its collaborators in 1945. Somewhat ironically, some of its earliest manifestations surfaced in the US, where members of the far right, in their frequently violent opposition to Communists, Jews and African-Americans — all condemned in the same breath — threatened to “finish Hitler’s work”.

That was then. In much of the Western world, neo-fascism survived on the fringes of society. But in the past few decades, it has staged a striking comeback, especially in Europe amid the refugee crisis, spawned in part by Western intervention in the Middle East and its environs.

Given that these days European racism mostly manifests in a repulsive attitude towards Muslims, there’s an ironic reflection of the 1940s’ attitudes in the fact that Primo Levi, an Italian Jew who survived Auschwitz and published one of the earliest eyewitness accounts of it in If This is a Man, notes that the lowest of the low in the camp’s hierarchy of victims were known as “muselmann”. “I do not know why,” he says in a contextual note, that this term “was used by the old ones of the camp to describe the weak, the inept, those doomed to selection”.

“Selection” in this context refers to people who were destined for the gas chambers. There is no suggestion that any of them were Muslims, but the use of that description is telling. Of the 1.3 million people sent to Auschwitz, 1.1 million did not get out alive. They were “doomed to selection”, or otherwise eliminated, either hanged or picked for the racist medical experiments supervised by Josef Mengele.

The vast majority of them were Jews, initially from within Poland but eventually from across Europe. Perhaps the biggest irony of those years is Israel’s emergence as a proto-fascist state. Many Israeli intellectuals have noted the discrepancy whereby the state has morphed into a role model for bigots, and its Likud Prime Minister has been eager to pander to European anti-Semites as long as they are comfortable with Zionist ideals.

We are reminded time and again that the lessons from 1945’s “never again” attitude have not been learned in the intervening years. The fact that the Nazi horrors have not been revisited in their entirety is hardly grounds for complacency. All too many parts of the world either host concentration camps or are more generally drifting down a slippery slope that leads to the ghosts of Adolf Hitler and Josef Stalin.

Seventy-five years after the liberation of Auschwitz, “never again” remains a challenge for the dwindling angels among us, but they seem to be up against impossible odds.