On March 29, 2017 his replacement, Prime Minister Theresa May, gave formal notice to the EU of the UK’s intention to withdraw. 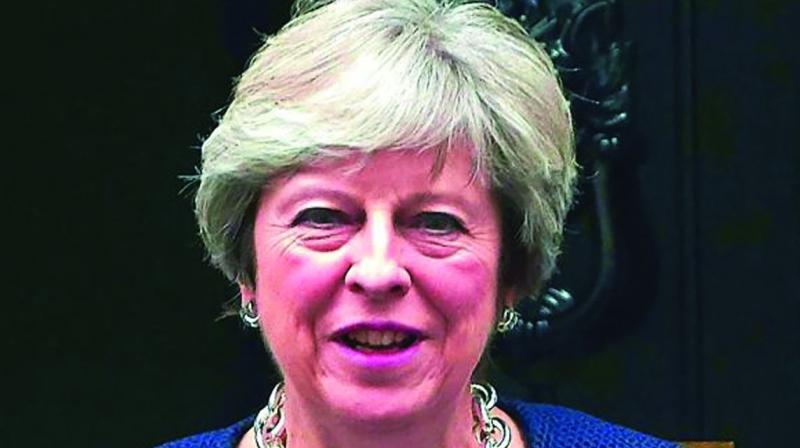 The British Parliament has just returned from its Easter recess after the latest twists and turns in the Brexit saga in the early part of the month. On one level it’s clear that nothing has changed; on another that everything has changed. Or has it? To appreciate the conundrum, one needs to step back a little.

On June 23, 2016, by a very narrow margin, the United Kingdom voted in a referendum to leave the European Union. The Conservative leader and Prime Minister, David Cameron, resigned the following day. On March 29, 2017 his replacement, Prime Minister Theresa May, gave formal notice to the EU of the UK’s intention to withdraw.

She did this without any proper preparation, preferring instead the empty slogan “Brexit means Brexit”. The vacuity of the statement, about as informative as “breakfast means breakfast”, would have been mildly comic had the situation not been deeply serious. By giving formal notice, the clock began to run on the two years allowed under Article 50 of the EU Treaty for the UK and EU to come to an agreement on the terms of withdrawal. That period can only be extended with the unanimous agreement of the 27 other EU member states. And we should not forget, if the UK cannot agree a withdrawal treaty it must leave the EU without one. Whilst a chaotic UK exit would disruptive for the EU, it would be catastrophic for the UK.

Ignoring that harsh reality, Prime Minister May has consistently put party before country; but what is more, spectacularly unsuccessfully. First, she called a general election in an attempt to crush the Opposition Labour Party. She lost her small majority and has had to rely ever since on the hardline Protestant Northern Irish Democratic Unionist Party.

Second, she has again and again appeased the Brexit extremists in her own party who want a “hard Brexit” — a departure without any kind of deal with the EU. They have repaid her by voting down the minimalist withdrawal agreement she ultimately managed to negotiate with the EU by massive majorities, not on one occasion but on three.

Third, she has endlessly spouted that, “no deal is better than a bad deal”; until now. Shortly before the two-year deadline was due to expire on March 29, 2019 Prime Minister May had to admit that “any deal is better than no deal”. With her withdrawal agreement still rejected by Parliament Ms May had to trot off to Brussels to seek a short extension till April 11. But on her return she again failed to get Parliament to agree to her deal. And again, she was obliged to seek extra time from the EU 27. Normally a supplicant seeking extra time will seek the maximum, but Ms May is not normal. So, in hock to the Brexit extremists in her party, furious that the UK has not already left the European Union, she sought only another short extension. She pleaded that this time would be different, and that she would succeed in getting Parliament to agree to her deal. The EU 27 didn’t believe her, and told her she would have to accept an extension until October 31. For good measure they added that the UK would have to partic
ipate in the European parliamentary elections on May 22; another thing Ms May had promised would never happen.

With that the Brexit dam has fissured; but has it been completely breached? It is clearly under strain. Ms May has opened negotiations with the Opposition Labour Party to seek some kind of Brexit consensus; something else Ms May had earlier resolutely refused to countenance. But the smart money bets that the talks will go nowhere. It’s not in the Labour Party’s interest to support a Tory Brexit. Anyway, the Labour Party has principled objections to the “slash and burn” free market capitalism that many Tory Brexiters hope to implement post-Brexit. The Labour Party wants strong social protections with legislative guarantees that they won’t be unpicked. The Labour Party also wants the UK to sign up to a customs union with the EU after Brexit. Ms May cannot give them that without ripping apart her party, so adamant are the hardline Brexiters that a customs union would turn the UK into some kind of medieval “vassal” state. The likelihood therefore is that the talks will continue in a desultory way for a little while, for the sake of appearances, and then collapse. Ms May will then again have to face a hostile Parliament and try to get her withdrawal agreement passed. There are few reasons to think she’ll be fourth time lucky. So little change there, then.

However, there are forces which may overcome the dam entirely. Shortly before the Easter recess, Parliament seized control of the legislative timetable and passed a law which obliges the government to avoid a “no-deal” Brexit. Also shortly before the Easter recess, Parliament held a series of “indicative votes” on the options for Brexit. No one won a majority. The option which came closest to passing was one which called for a customs union with the EU, “as a minimum”; but the option which won the most votes was one calling for a “people’s vote” on any final deal, with remaining in the EU as the default option.

So “hard” Brexit is floundering, but has it drowned? The forthcoming European elections may answer the question. They are shaping up to be a dry run for a referendum vote. The latest opinion polls put the Brexit Party, a new party formed by the populist and hardline Brexiter Nigel Farage, narrowly in the lead and on course to be the largest party. However, the opinion polls also show that the combined vote of the explicitly anti-Brexit parties exceed the Brexit Party’s score. The unknown quantity is the Labour Party. It is split and refuses to commit unequivocally to a “people’s vote”. If it were to do so it could scoop up the anti-Brexit vote and become the largest party. The coming week or so should tell us whether the Labour Party has the courage to lead. As it is, the deluge that sinks Brexit completely is still yet to come.