Health for all: Doctors and patients both need help

The frequent violence against medicos is a serious issue that must be dealt with properly. 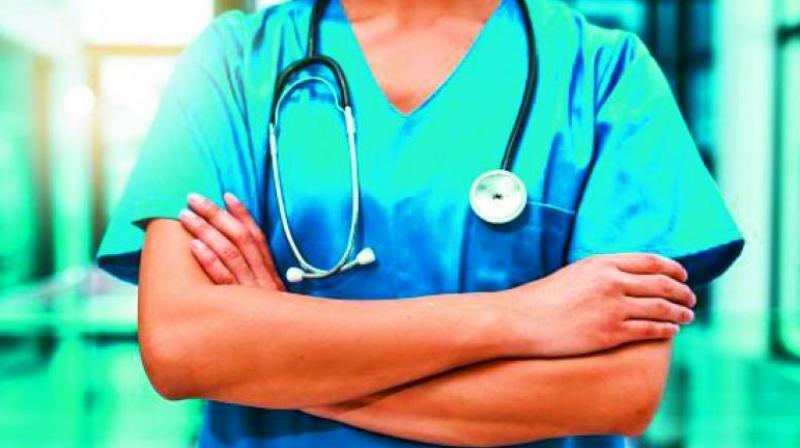 One, the doctors’ fraternity coming together and speaking in a single voice moved the state administration into accepting their demands — that were genuine.

Junior doctors in public hospitals in West Bengal calling off their one-week long strike that had become nationwide has come as a big relief. All is well that ends well. The fact that it has ended is a good thing. But did it end well? It’s not clear. Even with new measures in place, there is no guarantee that violence against medicos — which was the immediate trigger for the strike — won’t recur. Why? To know this, one needs to understand the context fully and come up with a comprehensive solution that includes both short-term and long-term measures.

To understand the context, notice a few things about the recent doctors’ strike:
Doctors had a genuine demand for workplace safety.
The show of solidarity displayed by doctors nationwide was noteworthy.
Doctors had to resort to strike to have their demands met — creating inconvenience to many patients.
The reconciliation happened at the level of the chief minister of West Bengal; the Union health minister too was drawn into it.
A PIL (public interest litigation) was filed in the Supreme Court over the safety and security of government doctors.

Each of these points conveys something important about the Indian health system. One, the doctors’ fraternity coming together and speaking in a single voice moved the state administration into accepting their demands — that were genuine. This goes on to show the power of doctors’ solidarity. Imagine if the doctors’ fraternity were to display similar solidarity against various malpractices besotting the medical sector in India (such as diverting patients from public to private hospitals, overcharging patients, etc) — what all can they accomplish! They would have purged the sector of various medical malpractices, which is also a genuine demand. Not of doctors, but certainly of patients.

Two, it is unfortunate that doctors have to resort to a strike to have their genuine demands met. This shows that there aren’t effective mechanisms within the health system to learn and address even genuine concerns of key stakeholders. Further, the conciliation at the level of the chief minister shows that the health administration is ineffective. Normally, the reconciliation ought to happen at the level of the hospital management. The nature of demands of the striking doctors was such that all those could have been met by the managements of public hospitals if they were empowered enough. It is a known fact that the managements of public hospitals lack both autonomy and accountability. Public hospitals ought to be run professionally without any political interference.

Three, the doctors’ strike caused inconvenience to many patients and thereby further eroding doctor-patient trust. A strike ought to be the last resort. There needs to be alternate, softer methods to signal issues and concerns. And these signals can be picked up by any sensitive management or administration and dealt with expeditiously. A harsh approach such as a strike is probably necessitated due to an insensitive management and administration. Even so, the doctors’ fraternity would do well to resort to approaches that bring patients also on the doctors’ side to echo their concerns, rather than giving inconvenience to patients.

Finally, there are some larger issues at hand. For example, it is a well-known fact that doctors are in short supply in India and that they are concentrated in large cities and towns. Both the Centre and states are dealing with this issue by increasing the number of seats in medical education as well as by devising appropriate incentives for doctors to serve in rural areas. Clearly, this is a long-term strategy. Digital technology is also playing an important role in the health sector. It is substituting machines for doctors, shifting doctors’ tasks to paramedical staff whose supply can be increased relatively quickly. Hence, technology too will contribute towards easing the situation in the medium- to long-term. In the short-term, however, the challenge will remain: doctors will be overworked, quality of care will get compromised if doctors have to attend to a large number of patients, some patients will have to travel long distances to seek care and so forth. Nevertheless, certain things can be done in the short-term. For example, giving proper incentives to doctors in public hospitals so that they take on the extra load willingly, and not because they have to. Any skill that is in short supply will not only command a premium but will also be in a stronger position to bargain on the other terms of employment. A big difference exists in the pay structure and working conditions of doctors in public and private hospitals. To give another example, the quality of care has also to do with not having a patients’ medical record system, which currently doesn’t exist in the country, but is eminently doable. Further, putting a system in place to maintain a line of communication with patients’ families to report on patients’ condition is another short-term fix to the problem. It’s time that state health policymakers and health administrators in public hospitals recognise these and deal with them.

A lot can be dealt with at the health system level without necessarily bringing politicians or the judiciary into it. In the recent strike by the junior doctors, the Union health minister too was drawn into the matter. The minister promised to revisit this problem, which had come up earlier too, to see if something could be done at the Central level. Similarly, somebody filed a PIL in the Supreme Court on the security and safety of doctors, asking for an urgent hearing. The bench noted that the issue was important but not urgent and so decided to take it up after the summer break. This would all be avoidable if the public health system were well-functioning. The frequent violence against medicos is a serious issue that must be dealt with properly. The fact that this problem keeps recurring every now and then indicates that states have not dealt with it properly. Addressing this problem requires both short-term and long-term responses. Long-term responses include increasing the supply and spread of doctors and harnessing the potential of digital technology. Short-term responses require doing health system-level fixes such as providing incentives to public doctors to take on additional patient loads willingly, developing a patients’ record system to improve quality of care, better communication with patients’ relatives in general, especially relatives of patients with emergencies who have reasons to be anxious and so forth.

As healthcare delivery gets increasingly automated, it is unclear how people would express their angst against any adverse patient outcome if machines take decisions. The communications part will probably become even more important!