Members of Parliament or the legislatures are representatives of the people. 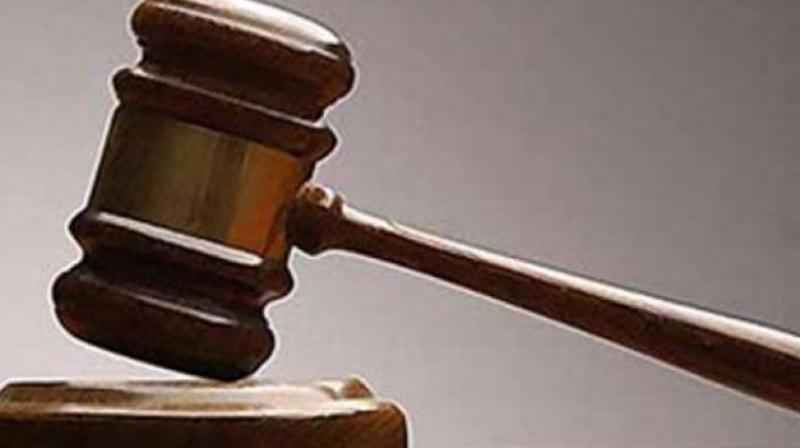 The Constitution of India does not recognise the institution of political parties, as is the case with the constitutions of other major democracies of the world.

A former chief election commissioner, T.S. Krishnamurthy, had recently plugged for state financing of political parties. This uncooked suggestion is fraught with huge consequences for the nation and its polity and is nothing more than a DBT to political clans and our little “fuhrers”. We now have no political parties in the constitutional conception of the term. What we have are mostly warring and then coalescing factions led by certain families and shadowy cabals. What has made this system solid and lost lasting are, ironically enough, the anti-defection laws enacted in the Rajiv Gandhi era by a dominant, yet insecure Congress Party, despite having over 400 MPs in its cattle pen.

I have been plugging for inner-party democracy to be made legally required as the first step to save democracy in India. Having periodic elections alone doesn’t make a nation democratic. Democracy also means a government by discussion. Discourse has almost entirely disappeared from our politics. Politics has come to be dominated by the political clans and families.

The debate on electoral reforms focuses almost entirely on the funding of political parties and the expenses incurred in campaigning — as if just taking care of these would ensure a clean polity. As usual, we are barking up the wrong tree.

Funding is a problem, but it is the lesser of the problems. Issues of inner-party democracy and the constitutional functioning of political parties almost never figure in any discussion. We never seem to consider whether many of our political parties are political parties in fact, or just disorganised assemblies driven by primitive impulses?

When Rajiv Gandhi introduced the anti-defection bill in Parliament soon after his massive electoral victory in 1984, Madhu Dandavate welcomed it, exclaiming in the Lok Sabha that he felt he was “hearing the voice of Jawaharlal Nehru again!” He was to soon realise that the bill was only meant to keep the party under the jackboots of a small coterie. This prompted him to make up for his misplaced initial enthusiasm by appending his name to a petition challenging the bill in court. His conversion provoked many to acidly comment that the poor man had thought he heard Jawaharlal Nehru’s voice when, in fact, it was Indira Gandhi speaking!

My friend the late S. Jaipal Reddy, then a leading Opposition MP, had at that time publicly welcomed the bill in the Lok Sabha while privately criticising it. He justified his two-facedness by saying it was not the right time to oppose the bill, as public sentiment was in favour of it. Only Chandra Shekhar and Madhu Limaye had the vision and courage to attack the bill for what it was — an attempt to institutionalise the illegitimate power of undemocratically installed party leaderships over the elected representatives of the people.

The original bill was later somewhat modified to distinguish between a split and a defection, even though it did not address the main reasons for the opposition to the bill.

Members of Parliament or the legislatures are representatives of the people. That they are, or are not, members of a political party is only incidental. The elected members are intended to represent and protect the interests of the people who elect them, and not that of a handful of party leaders.

It follows that if a representative defies the party whip, the most the party must be allowed to do is to remove the member from the party. Expulsion of the member from Parliament can only be the right of the House or of the people. Each time that power is invoked, it must be for a specific reason, such as an act of receiving a bribe, for instance, which may be considered unbecoming of a member, or brings disrespect to the institution. In our case, we do not give the people the right of recall, possibly because it is seen as impractical. Even if a mechanism and a set of conditionalities were codified to set the process of recall into action, would anyone among the present crop of MPs be willing to legislate it?

The argument that most members are elected because of the party has some validity, but only if it is a justly constituted and functioning party. If political parties are to be incorporated as constitutional institutions, the structure, functioning and working must be legislated too. Except for a few parties like the BJP and the CPI(M) that have off-and-on systems of inner-party democracy — somewhat assured by increasingly rare inner party elections, and consensual and collective decision-making — most other parties are very poor examples of democracy at work.

We know how the Congress Party conducts its internal “elections” or makes decisions by deferring them to the “high command”. Leaders like the Thackerays, Lalu Prasad Yadav, the Karunanidhi clan, Jayalalithaa’s acolytes, Mulayam Singh Yadav, the Badals and others like Mayawati consider these niceties as sheer hypocrisy and, as such, don’t have even a single-page constitution to legitimise the workings of their parties.

Yet these “fuhrers” have the authority and legitimacy to issue a diktat or a whip to suit their private interests and whims. Remember how a nominated Congress president, Sitaram Kesri, issued a directive to the elected leader of the Congress Parliamentary Party, P.V. Narasimha Rao, ordering him to send in his resignation within 24 hours. Consider the implications — a leader chosen by popularly elected representatives is dismissed by a handpicked courtiers’ coup.

There are other implications to consider as well. What if a member of a party promising people the nationalisation of all property is directed to vote for a rich man’s dream budget? Suppose the member was to vote as per the party’s commitment to the people, and not in accordance with the convenience of its leaders? Who is more important — the people who elect the legislators, or the leaders who select them for party tickets?

The argument that if the law did not restrain members, anarchy would prevail, may still have some validity to it. The demands of this can be met by ensuring that whips are restricted to votes of confidence alone, with the rider that representatives voting against a whip must seek the confidence of the people within a stipulated period, say six months. To deny a ministership to a “defecting” member is silly, as it implies that a ministership is somehow a reward to enjoy and not a call to service or recognition of ability.

Similarly, all this hair-splitting about what percentage constitutes a defection is equally silly.

That the Election Commission recognises these parties and the authority of their leaders is evidence of its utter helplessness, indifference or ignorance on all these basic issues.

To give the anti-defection laws even the thinnest veneer of political and philosophical legitimacy, it is first essential that inner-party functioning conform to the letter and spirit of democracy. Parties have shown that they are incapable of doing this by themselves. The EC has made some noises in this regard. But adding to the cacophony is not enough. It must speak out loudly and insist that Parliament empowers it to oversee regular party elections and their compliance with the provisions of their registered constitutions.

State funding of political parties, too, has often been discussed as a solution. But can we allow the State to fund these political parties, which do not have any inner-party democracy or democratic structures — and some with husband and wife “high commands”, if not father-son or mother-son “high commands”? Giving them State funding would only help make public money serve private purposes. With our democracy now preferring cobbled-up coalitions to single-party dominance, the issue of defections will always loom large.