The violence of our rotten selves: Dirty linen from a judge’s home

First, that this is not an exceptional case of violence but the norm in most households across class and caste (these are upper class Brahmins). 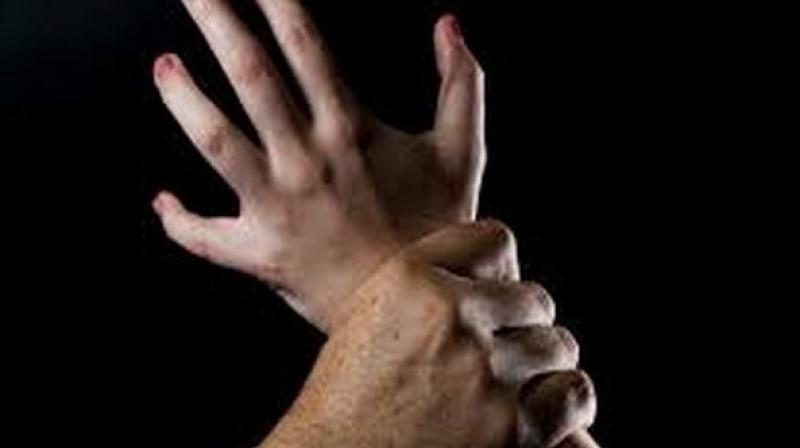 What they should give us is pause to reflect on a few things. (Representational Image)

The ghastly and gruesome videos that Sindhu Sharma released in a last-ditch attempt to retrieve her children from the clutches of her ruthless husband and in-laws that are doing the rounds of the social media should give us more than routine voyeuristic pleasure masked as outrage. What they should give us is pause to reflect on a few things.

First, that this is not an exceptional case of violence but the norm in most households across class and caste (these are upper class Brahmins). The routine nature of it is evident in the dog in the videos calmly watching TV as a woman is dragged across the room and pulverised. The dog is obviously used to it as is the toddler clinging to her mother's clothes and being dragged across the room as well. The domestic help saunters in and joins the scene without batting an eyelid. This is the reality of domestic violence in this country. It is an everyday affair and it takes place in more households than we are ever willing to admit.

Second, that decades of feminism have come to nought if an upper class, upper caste, educated woman is pulverised on a daily basis, accepts it as her lot and comes forward only when she is literally thrown out and deprived of her children. What took her so long to expose it? Why was she silent all this while? Is this kind of woman unable to lead her own life, bring up her own daughters, leave an abusive marriage?

Third, what kind of legal system do we have when judges do this to their daughters-in-law? Chief justices hold women down as their sons bash those women senseless. What kind of justice must this judge have delivered all his life? Who made this sort of man a judge, a chief justice? What is the nature of our legal education that produces such a man who then becomes a judge?

Fourth, what are the class interests at work that make this woman stay in this marriage, in this house with CCTV cameras? Does the prestige of this family make the violence acceptable? What are we willing to give up for the "respectability" of four walls and the comfort of a home with CCTV cameras?

Fifth, what do we make of the mother who pretends to control the incendiary violence of her son even as she joins in the beating of her daughter-in-law. What does feminism make of women who continue to uphold patriarchy?

Fifth, and most disturbing, it is not just an earlier generation of women who "internalise" patriarchy; Ms Sharma does too. Her saying that she wants her husband back shows the delusion and sickness of the modern Indian woman. She is deluded and sick enough to believe that this man, who does not so much as look at his daughter as he pulverises his wife, is going to look after her and her children and protect them for the rest of their lives. That this man, and his family, who beat her in parts she cannot bring herself to name, is whom she wants to go back to, "for the children's sake". What sort of psychic formation does the modern Indian woman possess? What is the extent of an Indian woman's masochism that she wants to expose herself and her daughters to this violence? Does Ms Sharma really believe that no matter what she and her children are better off with this man and his family?

Sixth, what do we subject children to in the name of protecting them? What is the cost of that little girl's trauma? Nothing clearly to this mother who wants to expose her to it again in the name of the protection of a father. What will that little girl grow up to believe? That it is routine to be flung across a room like a ragdoll and be beaten to pulp by one's father, brothers, uncles and eventually one's husband and sons? That no matter what, a man is what a woman needs and a man is someone a woman cannot live without?

This is what we should reflect upon after we have torn our eyes away from the video, registered our outrage on Facebook and gone back to our lives full of the routine violence of our rotten selves.