Slowdown due to corporate reform

To carry out such epochal reform, a certain degree of centralisation is indispensable. 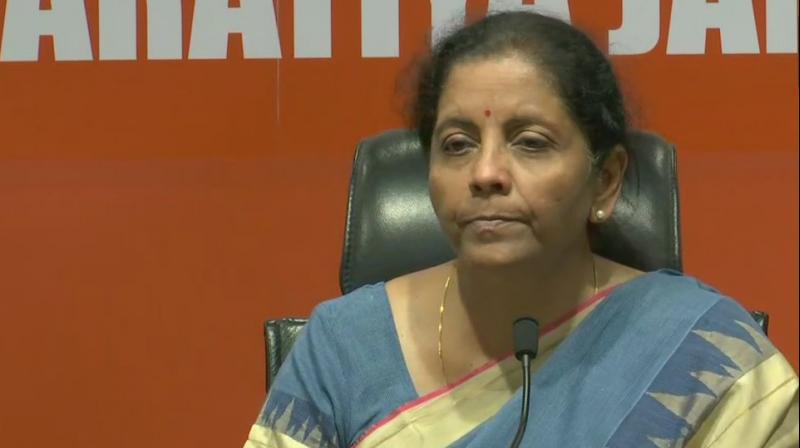 Recently, India’s FM Nirmala Sitharaman blamed a former Indian PM, Manmohan Singh, and a former RBI governor, Raghuram Rajan, for the current banking mess in India. In her lecture, delivered at Columbia University, she said that under their combined leadership, the Indian banking sector had its worst phase. Earlier, Mr Rajan had put the blame for slower growth of the Indian economy during the NDA’s first term on an extremely centralised government and a lack of a consistent articulated vision.

Regardless of this spat between them, the fact remains that the Indian economy is going through a tough phase. One of the key drivers of economic growth — namely, private investment creating jobs/employment which in turn generate incomes that people spend on consumption — has not been very effective. And much of the reason for a slowdown in private investments can be attributed to the corporate cleansing that the Narendra Modi government is having to do.

This cleansing is a major reform in itself, and is the hardest one as it relates to dealing with the mindset of India Inc. Things had gotten really bad. Examples abound of loans taken by businesses with the intention of not repaying, bribes taken to pursue policies/decisions favourable to a select few, payments made to legitimise illegalities, money paid to get coveted positions or to win government contracts and so forth. Things had gone to such a pass that somebody had to do this cleansing. PM Narendra Modi happens to be the one leading it.

This reform isn’t confined to the corporate sector alone. Actually, this reform touches people from all walks of life, be it politicians, bureaucrats, judges, bankers, etc whose financial interests span outside of their work domain. People often wear more than one hat. Mr Modi is indeed having to reset the moral compass of Indians that had gone awry.

To carry out such epochal reform, a certain degree of centralisation is indispensable. Given its nature, this reform can’t be decentralised or delegated to other constituents as it involves dealing with resourceful and influential people. They are also smart people who have covered their dealings beneath several layers to make those opaque. Money has been diverted and misappropriated from businesses to the personal accounts of their relatives and friends and to their offshore accounts. Funds have been routed and rerouted through several shell companies and invested in benami properties and other unaccounted assets.

It is precisely because of the tightening of the noose by the Narendra Modi government that some people are now cooling their heels in jails; some have fled the country to escape the judiciary; some are still fighting legal battles; some have chosen to commit suicide; and some have come forward to settle their dues. And many are living under a constant fear that their hanky-panky dealings may also come to the surface. Through their proxies they are trying to create an impression that something is wrong with the Narendra Modi government and its policies. Some may be trying to destroy evidence too — just in case.

It’s impossible for the Narendra Modi government to unearth each and every corrupt dealing of significance. But through the rigorous pursuit of select high-profile cases, the Narendra Modi government probably wants to convey the message that it is serious about its zero-tolerance policy towards corruption. This message is as much for corporates as it is for the others, for anti-corruption cannot be a halfway house. Like an anti-termite solution, anti-corruption calls for a total cleansing.

In doing so, the government, and indeed the country, is paying a heavy collateral for the system clean-up. The collateral is in terms of a slowdown of economic growth, job losses and reduced investors’ confidence which is having a cascading effect, engulfing almost every section of the society. The root cause of this problem is not the fact of a system clean-up but the conduct of the people at scale indulging in hanky-panky dealings.

The Narendra Modi government seems to be pro-private sector, provided it plays by the rules. India’s growth story remains intact. The Indian market is also quite lucrative for any long-term investor. To access this market, however, the private sector needs to balance their profit motive with the motive of serving society. In her recent visit to the US, Ms Sitharaman told international investors that they will find no better place than India to invest in. India has a reform-oriented government, the rule of law works here, and the environment is capitalism-respecting. Further, the government is open, transparent, and receptive to ideas and inputs from the corporate sector on the ease of doing business, making India investor-friendly and so forth.

As more and more cases of corporate malfeasance are coming to notice, the government is trying to plug loopholes, tighten the law and strengthen accountability mechanisms. The corporate sector too needs to recognise that the terms of doing business in India have changed too. In keeping with this change, they need to change their mindsets and business ethos.