Assessments done by Education Initiatives show that children are not performing well even in a sample of elite private schools. 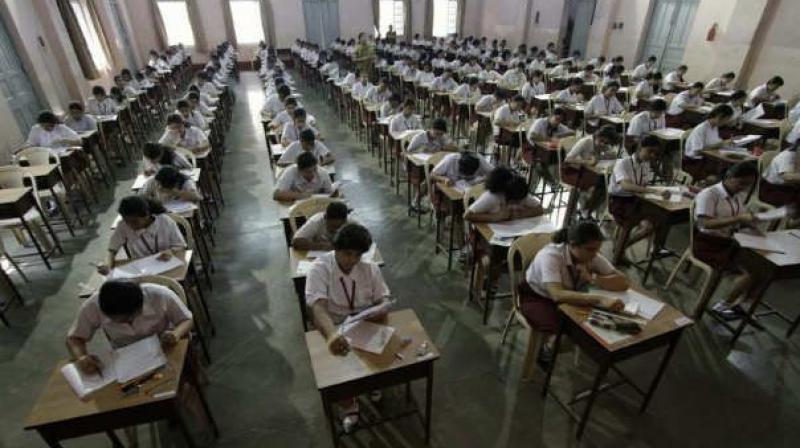 The only time that India participated in PISA, it emerged in positions 72 and 73 of a total of 74 countries. (Photo: Representational Image)

The Annual Status of Education Report (ASER) is back after a break of one year.  The year 2014 marked a decade of ASER, and for 10 years ASER estimates of learning and enrolment have been available at the same time year on year. When ASER was launched in 2005, nobody was talking about learning — the entire debate in education still centered on provisioning of inputs — schools, teachers and facilities. Even as late as 2010, when the Right to Education came into effect, the emphasis remained on inputs rather than outcomes. However, another five years down the line, and finally learning is at the centre of the education discourse. Domestically, now there are a slew of state-level assessments; the NCERT has been conducting the NAS assessments more regularly; and the human resources development ministry is in the process of launching a census assessment. Internationally, the Sustainable Development Goal (SDG) in education is defined in terms of access plus learning rather than access alone.

All these are very encouraging developments, indeed, and one hopes that all this evidence on learning outcomes will feed into policymaking and action on the ground. This is especially pertinent now as the government is in the process of drafting a New Education Policy (NEP) after almost three decades. But, before we rush to congratulate ourselves too much, let’s see what our record has been in using evidence to inform policy.

If we look at the learning data from 10 years of ASER, three trends emerge clearly. First, foundational learning levels are low and remain low over time. In 2005, about half the children enrolled in Class 5 were unable to read a Class 2 level text. This number was virtually unchanged 10 years later in 2014. If anything, there are some signs of decline in basic learning levels since 2010. In other words, about half of all children are completing the primary stage of schooling without basic foundational skills like reading. These findings have serious implications for what children will be able to do when they are in upper primary and secondary school.

Second, while children do learn as they proceed to higher grades, their learning trajectories are relatively flat. In other words, once children fall behind they have no opportunity to catch up and, as a result, learning deficits accumulate. This is reflected in the fact that many children even in higher grades are unable to read.

Third, successive cohorts are doing worse over time. Consider a group of children who started Class 3 in, say, 2009. These children would be in Class 4 in 2010, Class 5 in 2011 and so on. If we compare the learning trajectory of these children with that of, say, a cohort that started Class 3 two years later, what we find is that the later cohort is doing worse than the earlier one. What this seems to suggest is that the value added that the education system is providing has been falling over time.

These are alarming findings; but they are not new! And, ASER is not the only assessment pointing to these trends. The NAS assessments done by NCERT have also shown that learning levels are below grade level competency and the recent NAS assessment showed drops in learning levels. The only time that India participated in PISA, it emerged in positions 72 and 73 of a total of 74 countries. Assessments done by Education Initiatives show that children are not performing well even in a sample of elite private schools. So far, this evidence has mainly resulted in a call for more assessments — even a census assessment of all children in school! Perhaps it is time to step back a little bit and think about the objective of doing assessments. Since many sources coincide in identifying what the problem is, perhaps what we need now is to make sure it is addressed in the classroom. In other words, we need measurement to feed into pedagogy and be used for course correction in a timely manner.  For that to happen the assessment tool should be diagnostic in nature — it has to be designed to flag competencies that need attention — and it has to start from where children are today, rather than where we think they ought to be.

This is where the programmatic approach of ASER differs from other standard assessments. Yes, it is foundational and, yes, it is simple — but if children still lack foundational skills, isn’t it more useful to first try and ensure that they acquire these?

I think we are at another watershed moment in education. The focus has shifted from enrolment to learning and there is enough evidence from different sources pointing to the learning crisis facing the nation. The time has come to use this evidence to enable action. Simply doing more assessments is not going to solve the problem!