Opinion   Oped  25 Dec 2019  Mystic Mantra: When God came down to be counted as citizen
Opinion, Oped

Mystic Mantra: When God came down to be counted as citizen

She is betrothed to carpenter Joseph, who is forced to rush to Bethlehem, his janmabhoomi, to enrol himself and his family into government records. 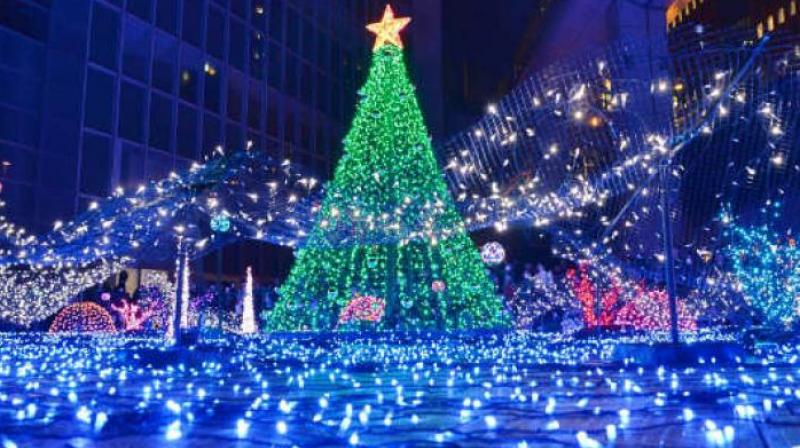 But, let’s journey backward to recall details of Christ’s birth. Virgin Mary — or, Miriam as recorded in the Quran — is expecting a child through the power of God’s Spirit. She is betrothed to carpenter Joseph, who is forced to rush to Bethlehem, his janmabhoomi, to enrol himself and his family into government records.

Today’s proof-of-citizenship papers is described by gospel-writer Luke two millennia ago as: “A decree went out from Emperor Augustus that all should be registered… This was the first census taken while Quirinius was governor of Syria” (2:1-2). In Jesus’ times, unlike ours, only the father had to register himself. But how could Joseph leave pregnant Mary alone, unattended in Nazareth, their hometown? So, along with him, Mary went.

Without luxury buses and bullet trains, Joseph and Mary had to travel by foot and perhaps on the back of a donkey for eighty miles from Nazareth to Bethlehem. Without any GPS, but led by God’s providential steering, they probably reached their destination some seven or eight days later, only to find Bethlehem bursting with “sons of the soil” struggling to prove their citizenship.

The saddest line of the Christmas story is: “Mary gave birth to her son, wrapped him in bands of cloth, and laid him in a manger, because there was no place for them in the inn” (Luke 2:7). A manger is a feeding-trough or a food-stall for cattle. Thus, Jesus — whom Christians believe is God’s son — was laid upon the hay: cradleless, homeless, helpless, friendless.

As if being born far away from home is not bad enough, baby Jesus’ life is threatened by an insecure and violent king, Herod, who, on hearing that a future king was born who’d be a threat to his throne, ordered all male infants to be massacred. Thus, the Holy Family — Mary, Joseph and Baby Jesus — had to flee again, to seek refuge in Egypt, 400 miles away. Lest Christ’s birth be seen as some unfortunate, unwanted event, we hail the heroes and heroines: Zechariah, Elizabeth, John the Baptist, poor shepherds, wise men from the East, Simeon, Anna, and of course, Mary and Joseph, who, joyful, grateful, generous, selfless, loving and caring, welcomed God’s son, Jesus, into our world.

History repeats itself: census, citizenship, refugees, insiders and outsiders. We’ve broken up God’s wonderful world into fragments by building walls, breaking bridges. Say, if God were born in our midst today, would there be room in your “inn” for Him? Christmas blessings to the openhearted!